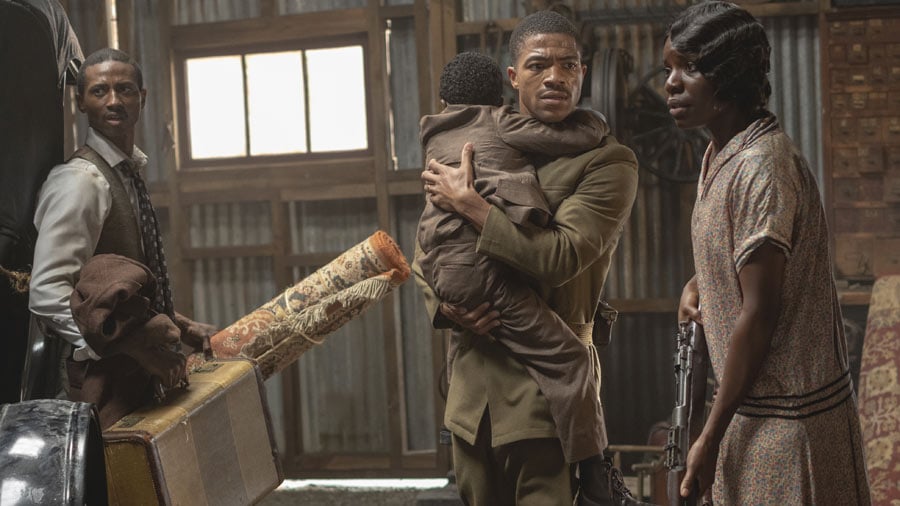 HBO premiered a new action-drama on Sunday, Oct. 20, called Watchmen, a new story set in the world of the DC Comics and the 2009 Zack Snyder film of the same name. The episode, titled "It's Summer and We're Running Out of Ice," opens with a horrific scene in Tulsa in 1921, where white rioters are massacring black citizens. It lays the foundation for pretty much everything that is going on in the show in present day, but is it a real event? Warning: light spoilers for the Watchmen premiere ahead.

In a word, yes — the 1921 Tulsa Race Massacre is 100 percent a real thing that happened; the Oklahoma Historical Society says that it is "believed to be the single worst incident of racial violence in American history."

Additionally, their website says that the riots started over an incident between a black shoeshiner named Dick Rowland and a white elevator operator named Sarah Page. No one knows exactly what happened — a common explanation is that Rowland stepped on Page's foot and she screamed. However, by the next day, the Tulsa Tribune was reporting that Rowland attempted to rape Page and there was quickly talk of lynching Rowland.

Lynching was apparently not that uncommon in Oklahoma in the 1920s; just eight months before the massacre, a white mob lynched a white teenager who was accused of murder. By nighttime on May 31, there was a white mob gathered outside the Tulsa courthouse, demanding the sheriff turn Rowland over to them. He refused, but the mob did not dissipate. Eventually, a contingent of black men came to offer their services to the authorities to help protect Rowland. They were turned down, but as they were leaving, a white man attacked one of them and the riots began. 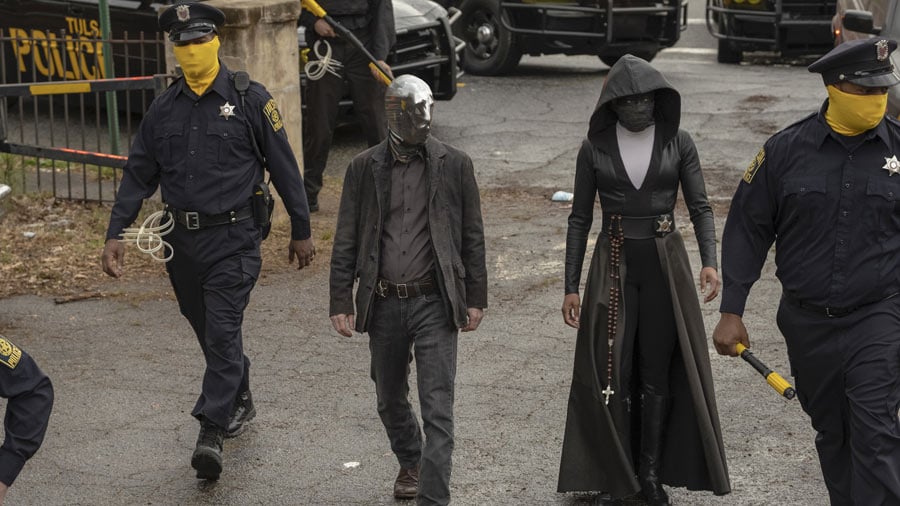 Overnight, white citizens began doing drive-by shootings in black neighborhoods, and they specifically organized an invasion of the primarily black neighborhood of Greenwood once the sun rose. Once day broke, the white rioters invaded Greenwood and slaughtered its black residents with guns and perhaps even airplanes (eyewitness accounts differ about the use of planes).

According to the Tulsa Historical Society website, soon after the riots, reports said 800 people were injured and 36 were killed, but historians now believe that as many as 300 people may have died, because in the late 1990s, many victims were found in unmarked gravesites.

Related:
"Who Watches the Watchmen?" Means More Than You Think in HBO's New Series

It took years to rebuild Greenwood and obviously the attacks left a deep rift in the Tulsa community. It is this rift that forms the basis for Watchmen's present-day action, where white supremacists calling themselves the Seventh Cavalry and styling themselves after Watchmen figure Rorschach have declared war against black citizens and the Tulsa police.

It is also heavily implied that Louis Gossett Jr.'s character is a survivor of the Tulsa Race Massacre. In the gruesome opening sequence of the premiere, a little boy and a baby manage to escape the deadly riots that claim the lives of their parents. Unfortunately, we don't see what happens to them after they walk into the distance, presumably unharmed, since the show then skips ahead to present day. Based on a note seen in Gossett's hands at the episode's end, though, he seems to be the grown-up version of that same little boy, at the ripe old age of about 105.

It will be interesting to see how Gossett's character — who is unnamed within the series thus far, but who is called Will Reeves in HBO press releases — and his presence at the massacre will intertwine with the alternate version of US history presented in Watchmen.