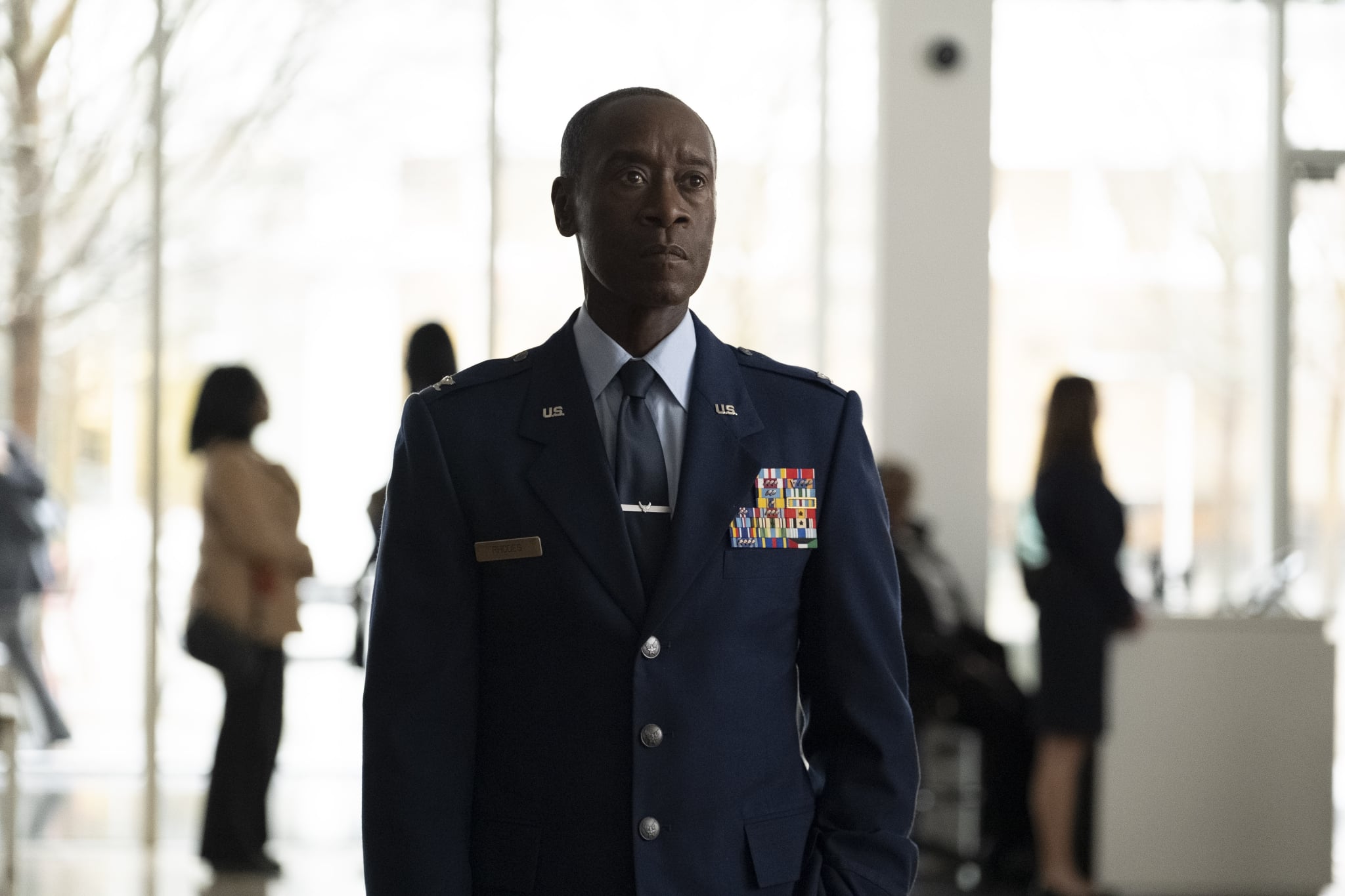 If you were surprised to see Don Cheadle among the list of Emmy-nominated actors released on July 13, don't worry, he was, too. The Marvel actor made a brief cameo in Marvel's The Falcon and the Winter Soldier, which earned him a spot in the award show's category for outstanding guest actor in a drama series. His appearance on the Disney+ series clocked in at around 95 seconds, which is seemingly long enough to make an impression on the Television Academy. However, Cheadle himself is still baffled over the accolade.

Cheadle is well-accustomed to award nominations. After all, he has been an Emmy contender 11 times. But when his short-and-sweet moment as James "Rhodey" Rhodes resulted in an Emmy nod, he shared his honest feelings on Twitter. "Thanks, well wishers. sorry, haters," he wrote, agreeing with the "shruggers," too. "I don't really get it either. buuuuuuuuuut on we go..." Cheadle's nomination is among the five that Falcon and the Winter Soldier raked in this year. He'll be up against actors like The Crown's Charles Dance, Lovecraft Country's Courtney B. Vance, and The Mandalorian's Carl Weathers and Timothy Olyphant. Who knows what Sept. 19's show will bring? We've learned to expect the unexpected.

thanks, well wishers. sorry, haters. agreed, 🤷🏿‍♂️ers. i don't really get it either. buuuuuuuuuut on we go ...