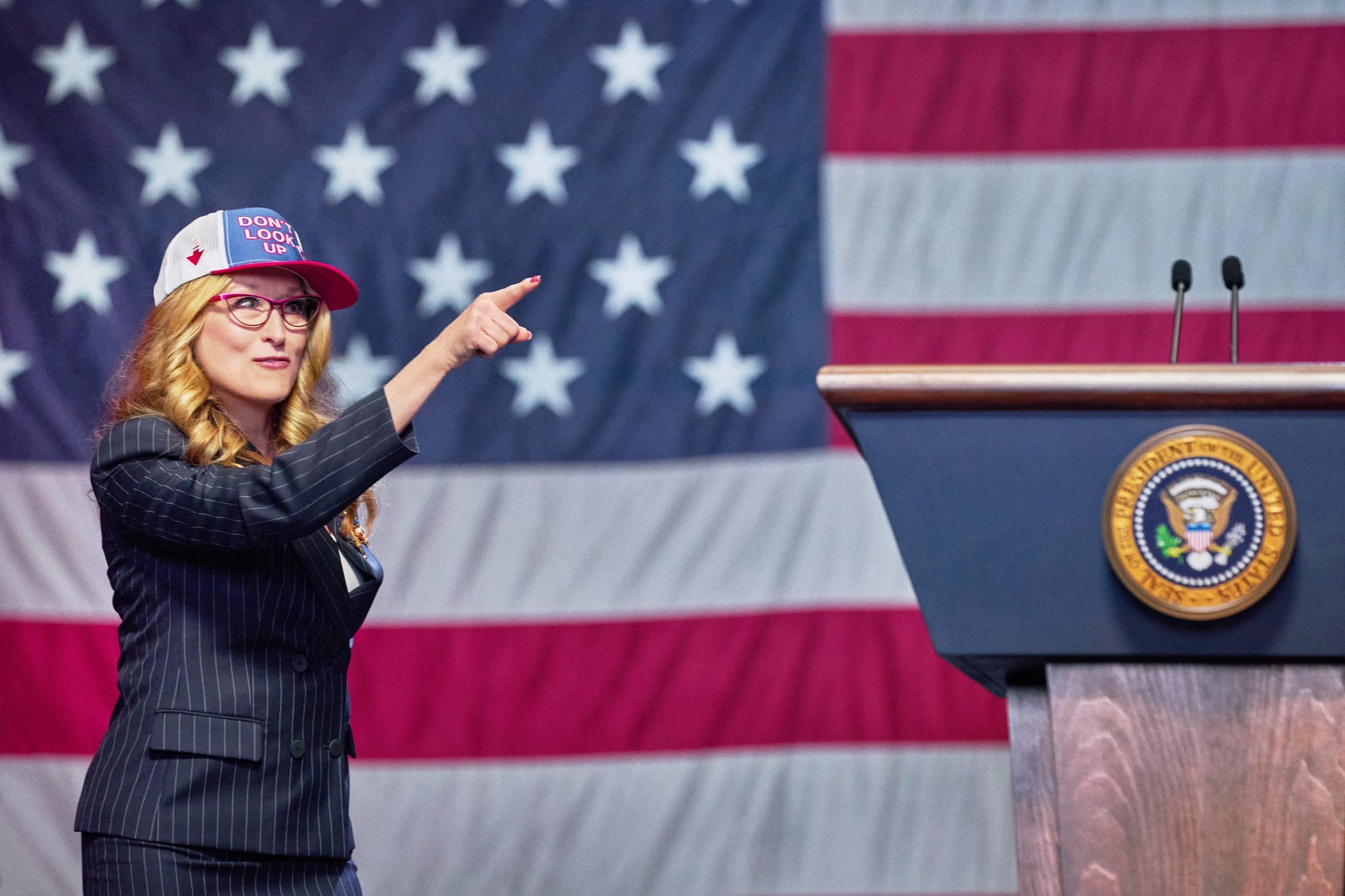 Apocalyptic comedy Don't Look Up is not only darkly funny from beginning to end, but it stars so many of your favorite actors that's it's hard to keep up. In the film, two astronomers (Leonardo DiCaprio and Jennifer Lawrence) must spread the word that a world-ending asteroid is hurtling straight toward Earth, and they're forced to call on Meryl Streep's President Janie Orlean for assistance. But this president doesn't seem levelheaded enough to get things done efficiently. What she is, instead, is a brash, loud-mouthed politician who is entirely over the top and more concerned with her image than saving the world from imminent death. She seems to almost be a caricature, so there's no way she's based on a real person, right? Well . . .

In a December press conference, Streep said she based the role on "preposterous people," Newsweek reported. "There was [sic] so many places to take things from, because there's so many preposterous people who've put themselves in public places recently, and shamelessly so. It was kind of fun to put together this character that was in just pure id, just what her appetite wanted. And about amassing power, money, more power, and more money, and nice hair and nails, you know?"

The way President Orlean dons a slogan hat and carries on in front of constituents bears a striking resemblance to former President Donald Trump, known for wearing his "Make America Great Again" hats and going on rants more often than not. But as much as viewers might want to liken Streep's character to Trump, neither she nor any of the movie's creators have made that connection.

In fact, director Adam McKay told the Los Angeles Times in early December that the character is based on multiple people. "I wrote the character to be a goulash of all the pretty much horrendous presidents that we've had in the White House over the last 40 to 45 years," he said. "So there's little pieces of each of them in the way I wrote it. And then half the fun is then seeing an actor like Meryl Streep take that and kind of run with it on her own. I also floated the idea of Suze Orman, this sort of populist financial adviser. I like the idea of someone with statement hair, strong fashion choice, that kind of fake no-nonsense thing that you see."

So it looks like Streep's President Orlean is an amalgamation of a bunch of politicians and public figures (who probably didn't leave office with the best approval ratings) — and she nailed it.