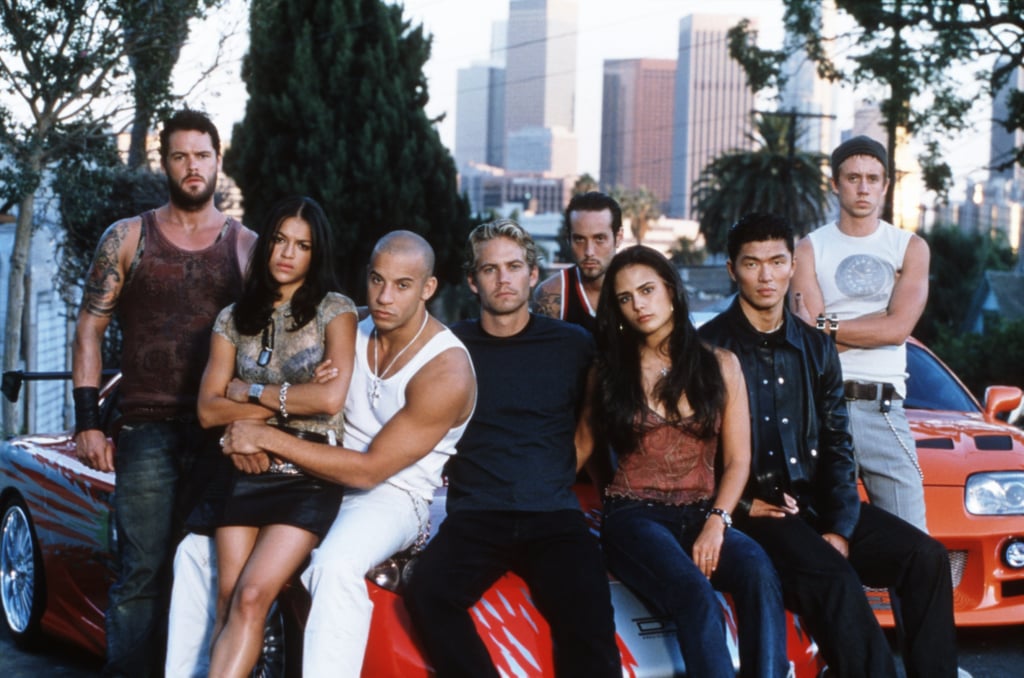 A few weeks ago, my boyfriend turned to me and said, "I think we should watch every single Fast and Furious movie this weekend." With little on the agenda (read: absolutely no plans) and nothing but time on our hands, I agreed — and damn, it was an intense weekend, to say the least. The first thing you remember (or learn, if you've never watched one of these movies before) is that this movie franchise is straight up ridiculous. It seems wild enough when they drive cars underneath trucks, and the vague suggestion that every car on the road has a hidden button that releases NOS to make the car go faster is as iconic to the films as it is laughable. But by the time Dwayne Johnson enters the scene in Fast Five, any semblance of reality has already flown out the window — and that's exactly what makes these movies so good.

Our first hurdle was deciding which order to watch the films in. Similar to Star Wars (now, now, stay with me), there is a little bit of debate on whether you should watch the films chronologically or in the order they were released. The confusion is all thanks to The Fast and the Furious: Tokyo Drift, which was released in 2006. Avid fans of the franchise know that it hit cinemas after 2 Fast 2 Furious, but chronologically in the story, it fits between the sixth and seventh film. This may be controversial, but we decided to honour the story, rather than the movie's release dates, and you'll just have to trust me when I say that this was absolutely the right choice.

We started on a Friday night with the first movie, The Fast and the Furious, and followed it up with the weird 2 Fast 2 Furious Turbo Charged Prelude, which helps bridge the gap between the first two films. The next two days were a high-octane ride, and I maintain that it was a great use of my time. Oh, and when I say we watched all the movies, I mean it. Keep on reading to find out how I fared when watching every single Fast and Furious movie in one weekend.