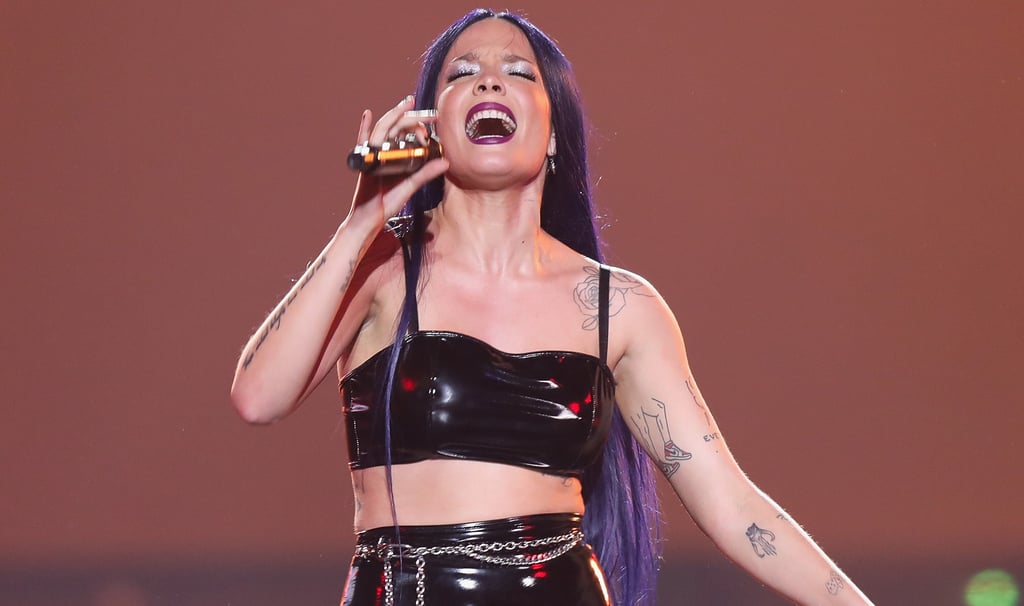 Halsey Performed "Girlfriend" With Avril Lavigne, and It Was the Best Damn Thing

Halsey hosts an epic Halloween party every year, complete with wildly elaborate costumes and buzzy celebrity guests (like her new boyfriend Evan Peters, for instance). But in 2019, the "Graveyard" singer kicked things up a notch by inviting none other than Avril Lavigne up on stage to perform a nostalgic version of the Canadian singer's 2007 hit, "Girlfriend."

This year, the theme of Halsey's Halloween party was "Almost Famous is an experiential Halloween Party in Hollywood, celebrating the Rockstars of the 60's, 70's, 80's & 90's," leading the singer to dress as Marilyn Manson on his 1998 album cover, Mechanical Animals. Lavigne opted for a vintage Madonna costume, and together the pair belted out the poppy, upbeat track, which has us even more excited for Halsey's upcoming album, Manic, out Jan. 17.

Keep reading to watch video footage of their fun duet!