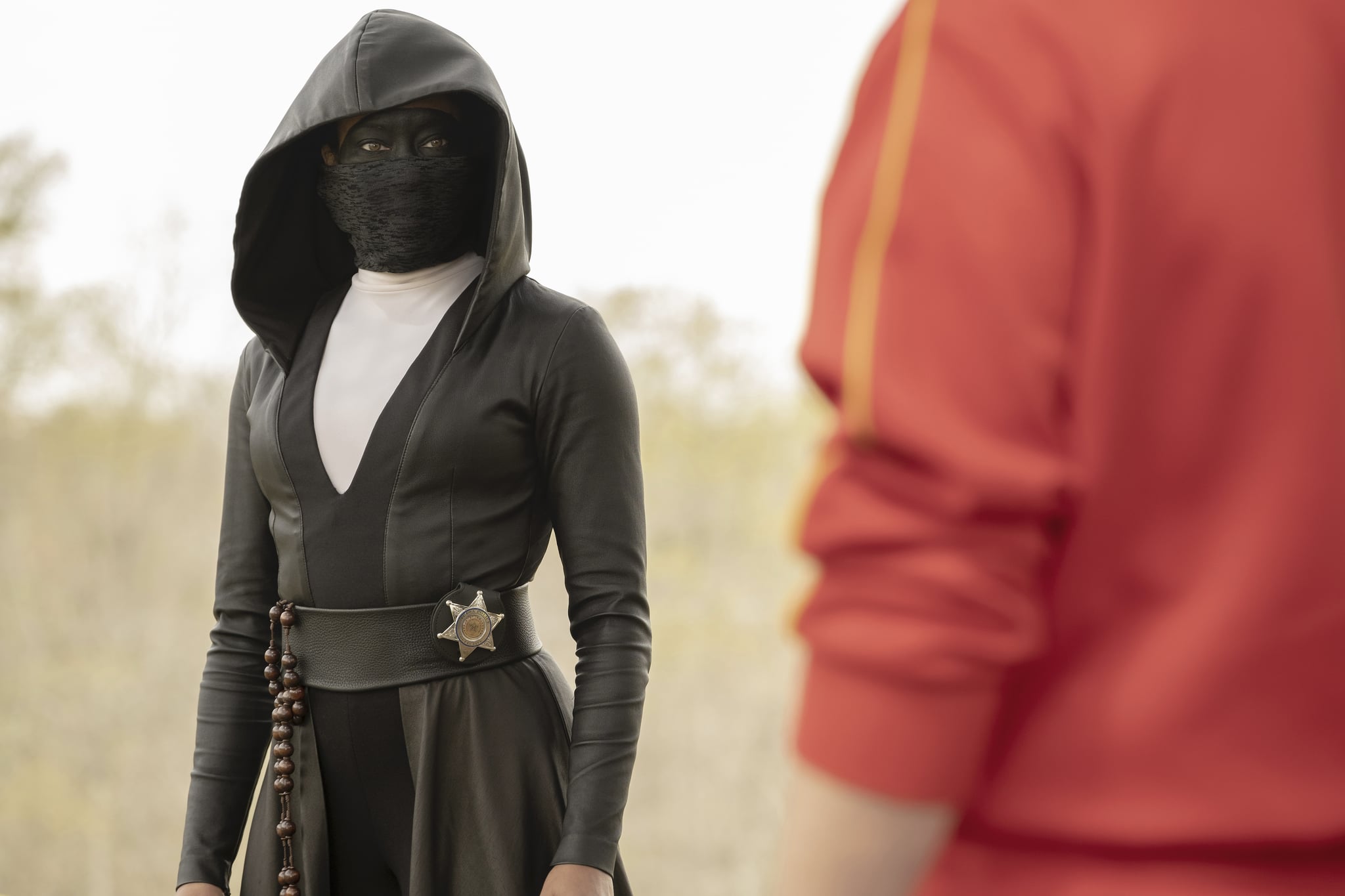 HBO's adaptation of Watchmen isn't the first time the dark, meta-critical take on the superhero genre has been adapted for the screen, but it's definitely the buzziest version. The "remixed" version of the famous graphic novel, which debuts on Sunday, Oct. 20, is not a direct adaptation but rather a new story that takes place in the same universe. Will there be a second season, though? Right now, it's not looking likely.

During New York Comic Con, executive producer Damon Lindelof repeatedly stressed that Watchmen, as it stands now, is designed to be self-contained and not leave any loose ends at the end of season one.

"We designed these nine episodes to be as self-contained as the original 12 issues [of the comics]. We wanted to feel like there was a sense of completeness, to resolve the essential mystery at hand. Obviously, there is a potential promise for the further exploration of the world but like the seasons of Leftovers that I did as opposed to Lost, which was designed to have cliffhanger finales and a promise of future storytelling," he explained to Deadline. "Does that mean that there isn't going to be anymore Watchmen? Not necessarily. Does that mean that I will be working on subsequent seasons of Watchmen? I don't know is the answer to that question."

Unlike many of the other superhero properties that have been adapted for film and television, Watchmen's source material is limited: only 12 issues, as Lindelof pointed out, rather than decades of mythology to mine. In some ways, it makes sense that the creators might want to keep that limited nature of the show, rather than expanding far beyond the original stories.

All hope isn't lost for fans hoping for a season two, though! Nicole Kassell, a director and executive producer on the series, told Business Insider that she sees plenty of possibility for a second batch of episodes. "As a fan who has seen this whole thing, I definitely think there is content for a season two, if not more. I think it would be delicious and wonderful to see," she said.

Although there may not be any plans for a second season of Watchmen right now, it's clearly not off the table completely, so who knows — maybe there will be another season after all!