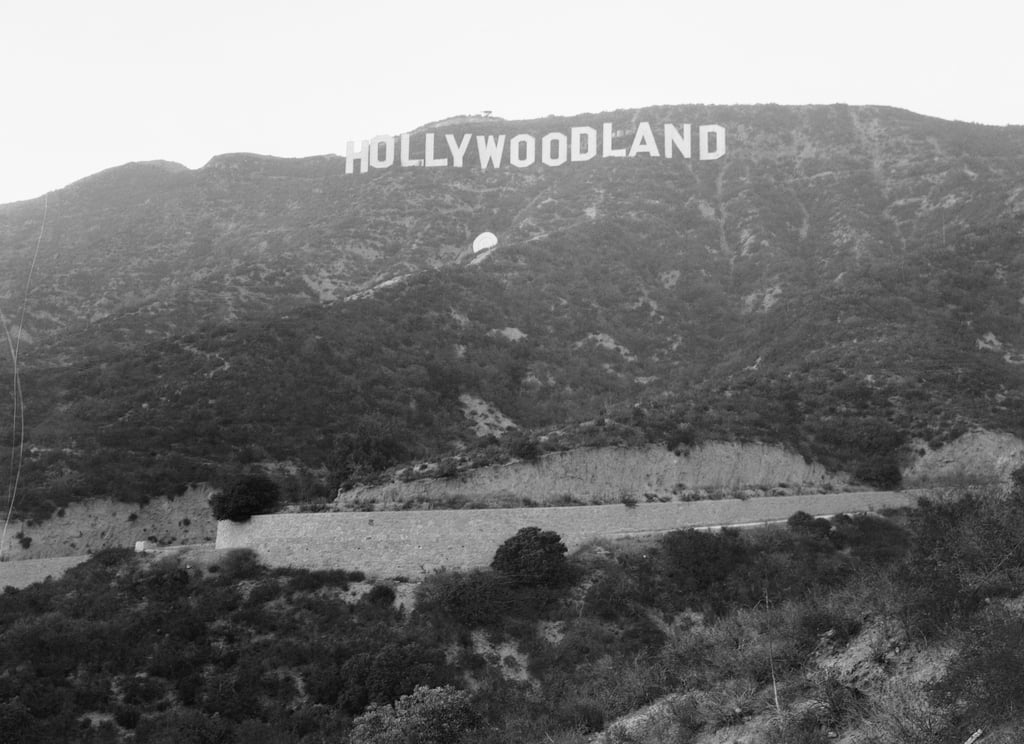 The incredibly famous Hollywood sign sits atop Mount Lee in the Hollywood Hills, watching over the film industry's most well-known city. The sign itself has starred in a number of movies and TV shows — like Netflix's Hollywood, where the sign played the location to actress Peg Entwistle's tragic end, which is a true story. But did you know that when the sign was built, it didn't exactly say Hollywood? Or that some very famous names helped refurbish the sign when it started falling apart in the 1970s? Read all about those fun facts and more when you scroll through the gallery ahead.