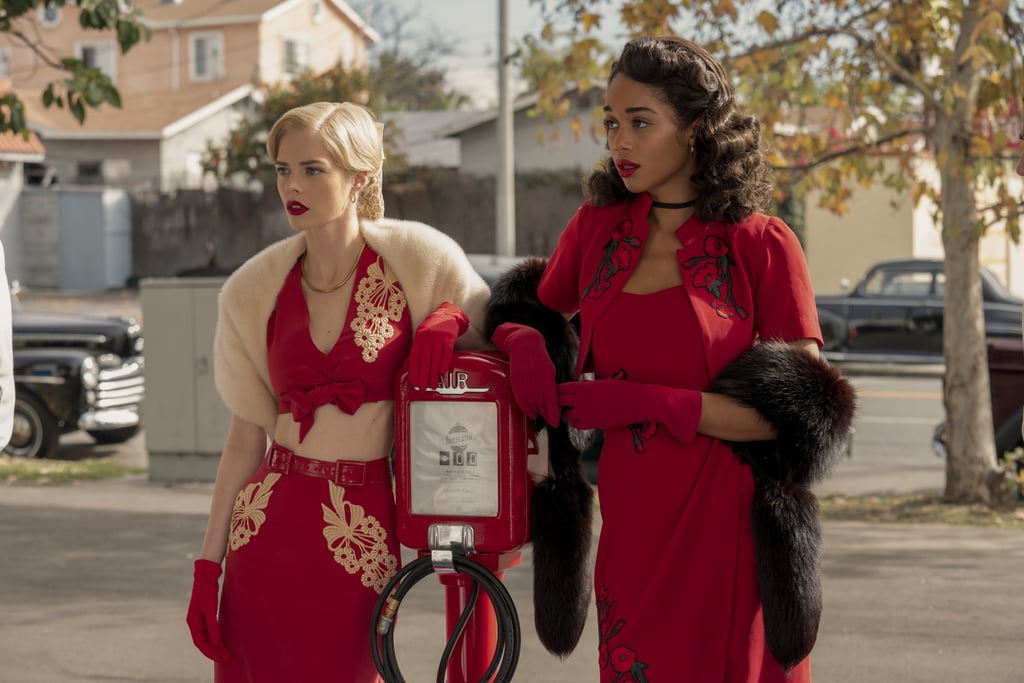 One of Netflix's swankiest new releases, Ryan Murphy's Hollywood, has a lot going for it — a beautiful wardrobe, a star-studded cast, and, of course, an oldies-packed soundtrack. Not only is the show visually striking, but it also creates a vintage ambiance through its music, which will make you want to get up and swing dance. Set in 1947, the post-World War II miniseries features songs predominantly from the '40s and earlier.

Hollywood rewrites the past as we know it, imagining a world in the '40s where women run studios and people of color have agency in the entertainment industry. While Murphy and his coproducers (including Ian Brennan, Darren Criss, and Janet Mock) take creative liberties with history, they use real music from the '40s, not modernized covers. Full of jazz bands and crooners, the soundtrack features the era's biggest names, including Peggy Lee, Ella Fitzgerald, and The Mills Brothers. There aren't many anachronisms, save for some minor exceptions such as Perry Como's rendition of "Catch a Falling Star," which was technically recorded in the late '50s.

Get jazzed — ahead, we've compiled all of the songs from the show in one place for your listening pleasure.

by Sabienna Bowman 29 minutes ago