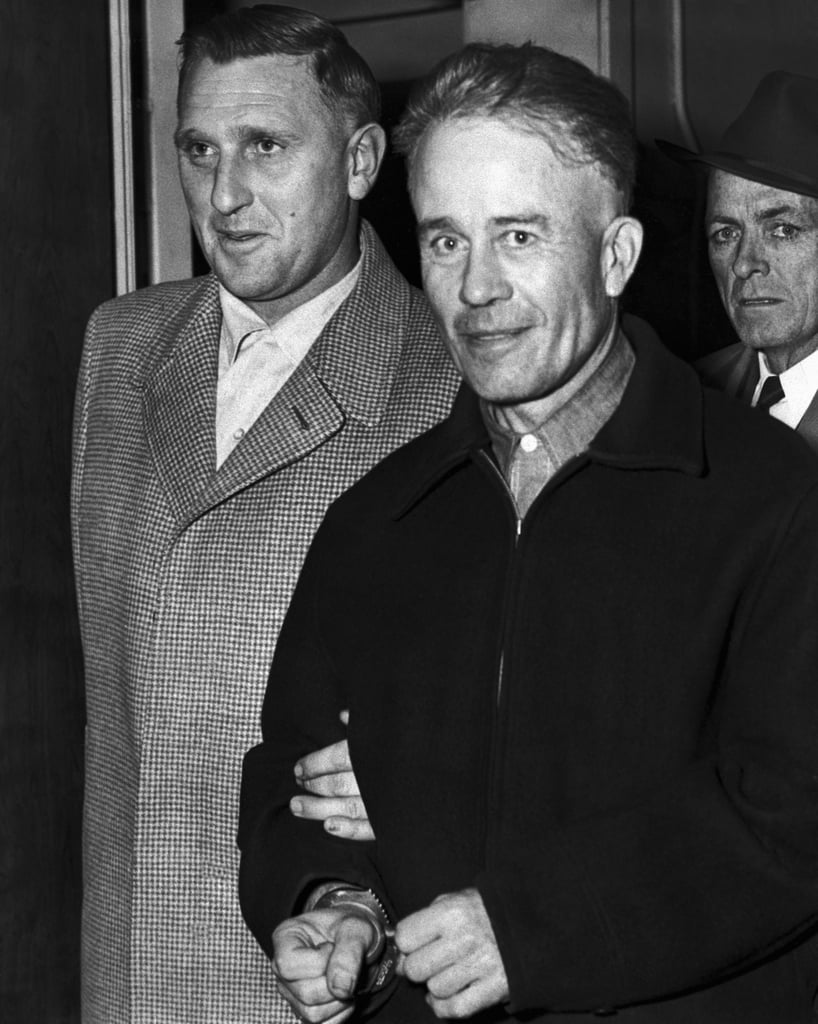 Part of the appeal of horror movies is the vague feeling of safety because the terror lies behind the screen. "It probably won't happen in real life," you tell yourself. But with the horror movies and TV shows inspired by Ed Gein, you don't get that. Human bodies turned into furniture upholstery? That sh*t happened. From Psycho to The Texas Chainsaw Massacre, Edward Theodore Gein, or the Butcher of Plainfield, has been mythologized in pop culture.

Gein grew up on an isolated farm in Plainfield, WI, very close with his fervently religious mother, who died a few years before his string of crimes. His story unraveled when a local woman went missing in 1957. Bernice Worden, a hardware store owner, had been seen with Gein the day she disappeared. Tracking down Gein wasn't hard. Police found Worden's body decapitated, shot, and mutilated in his farm shed.

But even more, they discovered a display of horrors in Gein's home. Inside, they found human bones and decapitated heads. There were masks, leggings, wastebaskets, corsets, chair covers, lampshades, and more made from human skin. He fashioned bowls and bedpost finials from human skulls. Gein killed Worden and admitted to killing at least one other local woman. Often, he would dig up recently buried women who resembled his mother and use their bodies for his grotesque handiwork. Gein was eventually found guilty of murder, kept away in mental institutions until his death in 1984.

Truth, in this case, is probably more disturbing than fiction. There's no doubt that Gein and his crimes left an indelible mark on pop culture. Ahead, we've rounded up the most popular movies and TV shows based on Gein's story and break down which parts of his case they depict.