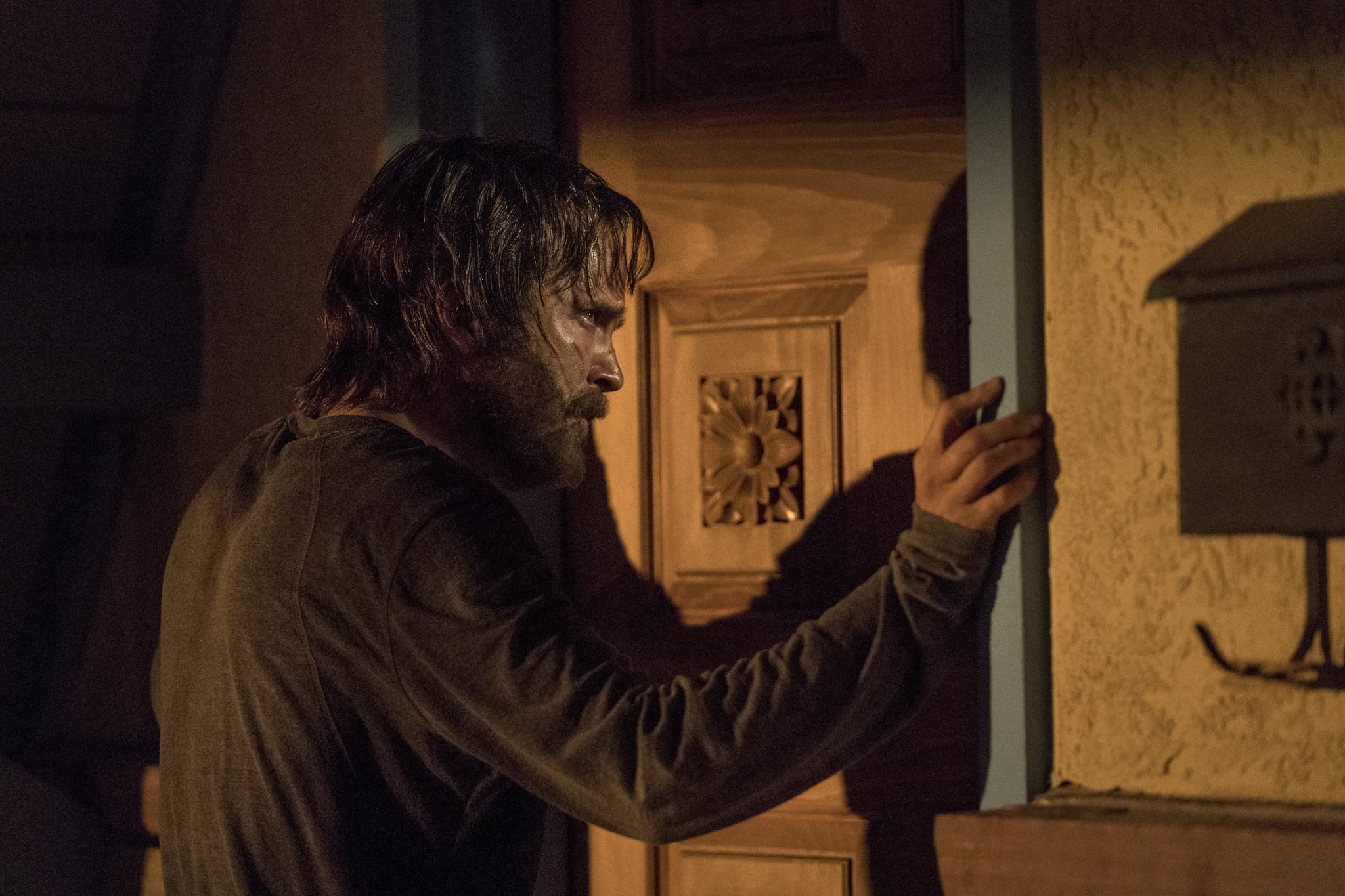 When the final season of Breaking Bad nears its close, Jesse Pinkman (Aaron Paul) is confined in a cage, living in his own filth, and forced into slave labor by a few meth-making racists. In the season finale, we see a tearful Jesse escape (thanks to an incredible plan devised by Walt) in an El Camino, trying to make it out of town as soon as possible. What happens next is the plot of El Camino: A Breaking Bad Movie, Netflix's movie sequel. Curious whether Jesse makes it out alive? We've got all the spoilers below.

Throughout the entire Breaking Bad series, we see Jesse struggle with himself and the actions he's made along the way. Early in El Camino, Jesse has a flashback to a day where he thought he might have the chance to make things right again. He's quickly reminded that fixing the past is something that's impossible, and he should instead focus on his present actions. The movie itself runs for two hours and is packed with flashback scenes that help tell the story of Jesse and his actions in the present. Once a wannabe gangster and optimistic meth cook/dealer, Jesse slowly becomes a man who suffers from his own guilty conscience and just wants simplicity in life.

The opening scene of El Camino: A Breaking Bad Movie shows Jesse having a discussion with Mike Ehrmantraut about what Mike would do if he were in Jesse's shoes. Mike explains that he would go to Alaska and start completely fresh, not a soul knowing where he was. This opening scene sets the premise for the whole movie, as the last scene of the film shows Jesse driving through the Alaskan wilderness, ready to embark on his new life far away from Albuquerque, Walt, and anything he's ever known.

Between Breaking Bad and El Camino, we've seen Jesse endure some pretty intense suffering — and cause destruction in return. Though Jesse still holds that guilt inside of his heart, the feeling of hope that overcomes him in the final scene of the movie is apparent. When we see Jesse drive off in the finale of Breaking Bad, he's screaming with tears running down his face. In parallel, the final scene of El Camino shows the once-esteemed drug dealer turn over a new leaf, driving into a newfound freedom with a glimmer of hope in his eyes instead.

Netflix
The "Freeridge" Cast Say "On My Block" Fans Won't Be Disappointed: "It's Honestly the Same"
by Noelle Devoe 22 minutes ago

by Emily Weaver 52 minutes ago