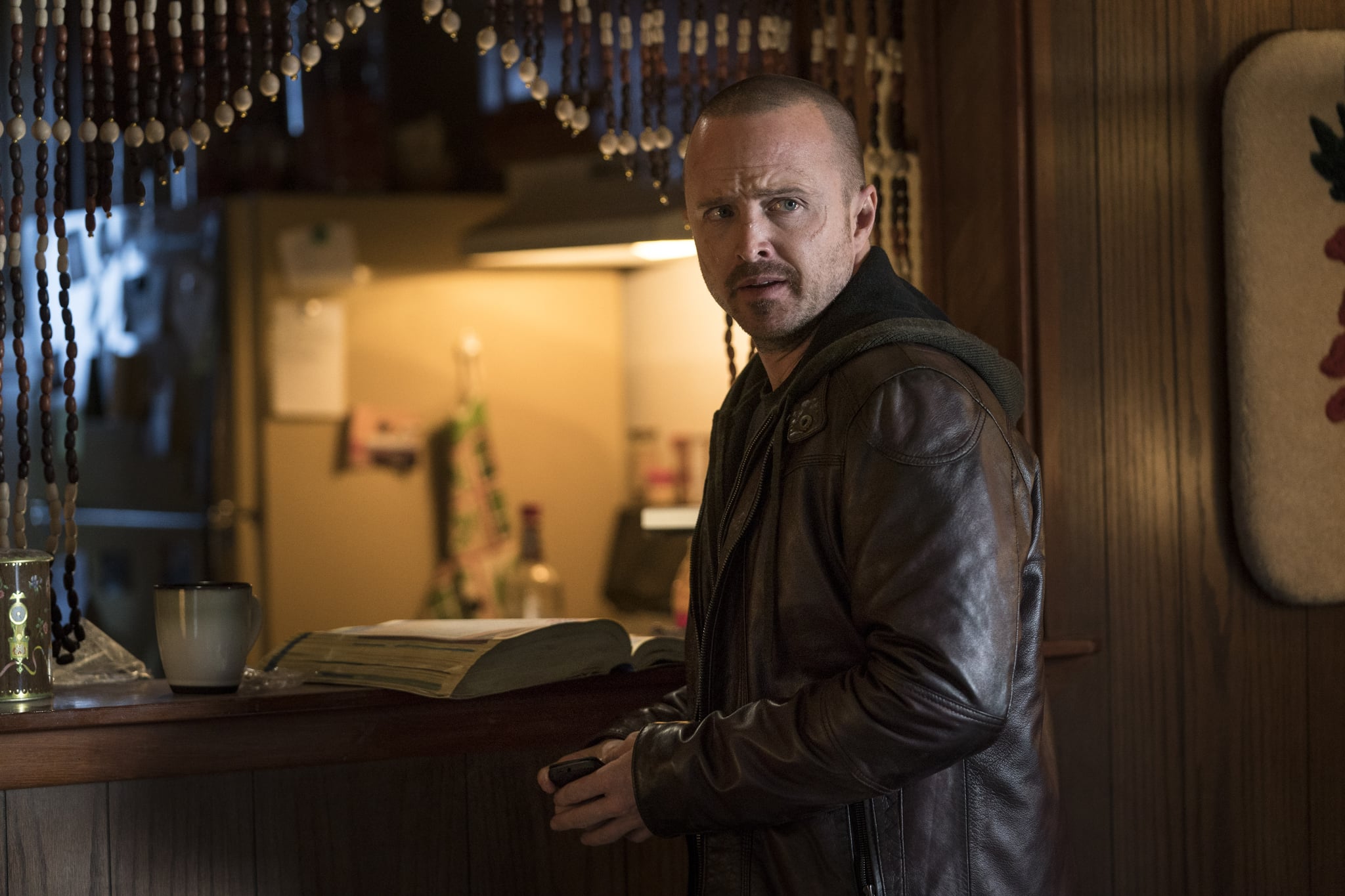 El Camino: A Breaking Bad Movie is nearly here, which means we're thisclose to finding out what came of one Jesse Pinkman (Aaron Paul) following the intense series finale of the original AMC crime drama back in 2013. Since Netflix has graciously dropped a few trailers and teasers for the film, we know that Jesse is 1.) on the run, 2.) looking a little worse for wear, and 3.) potentially out for revenge. (None of which should come as a surprise for loyal fans of Breaking Bad.)

Next to the all-important question of whether or not we'll get a Walter White cameo, you might be wondering something else equally major: when does El Camino even start streaming? Well, according to Netflix, El Camino drops on Oct. 11 at 12:01 a.m. PT and 3:01 a.m. ET. In other words, you either need to stay up really late, or wake up really early. So, set your alarms accordingly, people! Oh, and you should also make sure you get all caught up on the key events from the series by either reading our recap or watching Paul do the honors (in less than three minutes, we might add).

Rupert Grint
All Your Questions About "Knock at the Cabin"'s Ending, Answered
by Amber Frost 10 hours ago