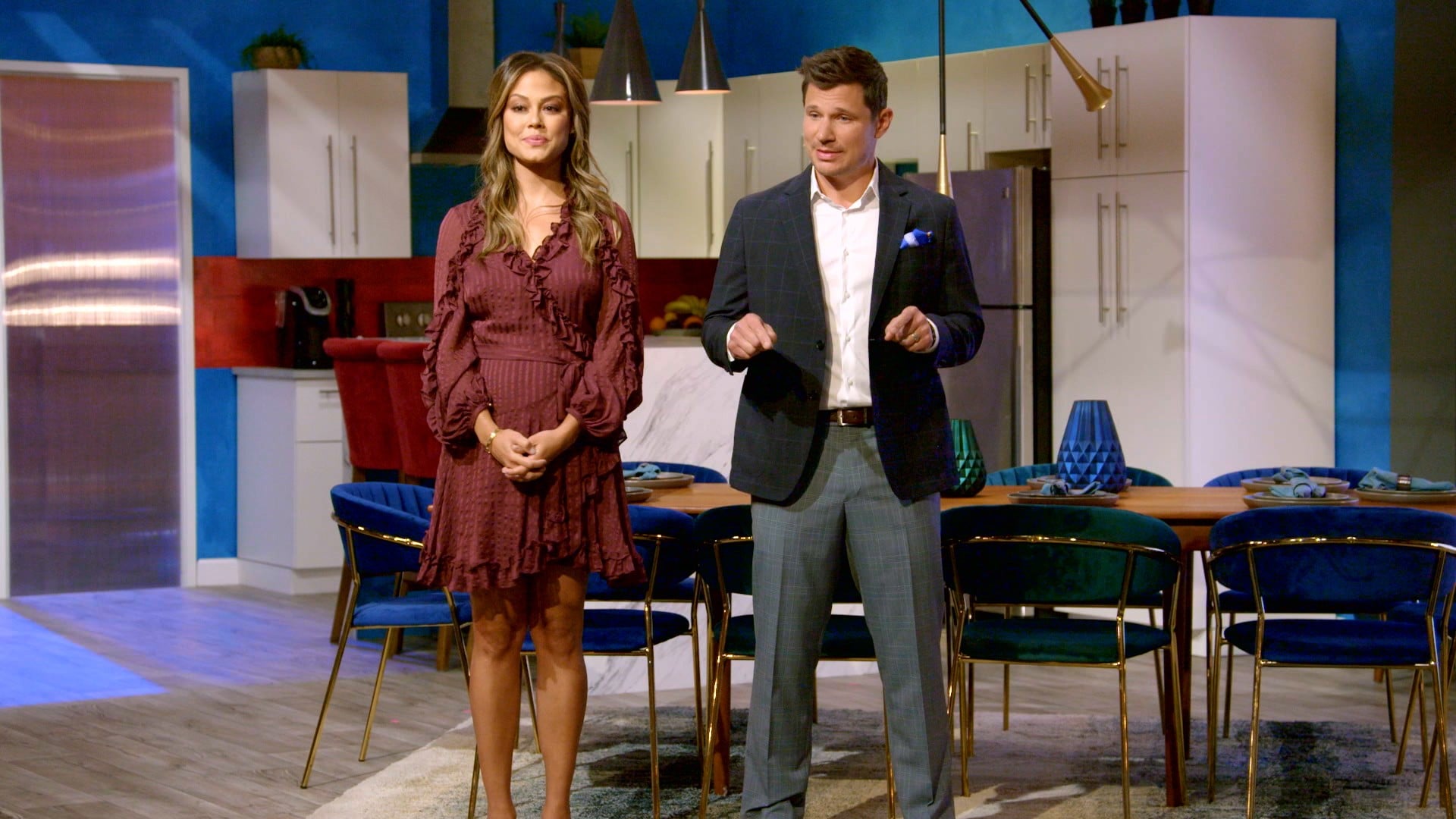 If you haven't already fallen in love with Netflix's latest reality dating show, Love Is Blind, then it's time for you to catch up. The series, which is hosted by Nick and Vanessa Lachey, follows 30 contestants as they get to know one another while spending 10 days in their own personal "pods" — without ever coming face to face until they're ready to propose. It's as bizarre and addicting as it sounds, and we won't know until the Feb. 27 finale which (if any) Love Is Blind couples stayed together after filming. For those wondering how they can get cast on the series themselves, we have some bad news: the audition process is pretty secretive.

During an interview with Entertainment Weekly, series creator Chris Coelen explained that the casting department selected participants based on who was genuinely looking for a long-term relationship. "We have a great casting department, and they reached out to people who they felt would be genuinely interested in this kind of commitment," he said. "I think that's really key; we want people who aren't just doing it for the attention." He added that sincere interest is all they are looking for in potential cast members, as well as people who fell within a certain age range. And unlike shows like The Bachelor and The Bachelorette, participants don't have to worry about falling for someone who lives hundreds of miles away, as the entire cast is selected from the same city.

Related:
Fans Asked and Netflix Delivered! Here's What We Know About the Love Is Blind Reunion

Though it wasn't explicitly stated at any point, the custom-built facility featured on the show is located in Atlanta, and so are the cast members (which you probably figured out if you follow the cast on social media). Coelen told E! News that the decision to set season one in Atlanta was based on the city's production support system. "Atlanta has one of the largest stages in the US," he explained. ". . . it's one of the most massive sets that I've ever seen. We needed that kind of space, to be honest, [and] there's very few places you can go. There were practical considerations as much as any creative considerations."

However, that doesn't mean that future casts will all be comprised of Atlanta residents. When asked by Variety which cities he is considering for the show's second season (if a second season happens, that is), Coelen said that he has a few different cities in mind. "Look, the idea is that ultimately we're going to do this in other countries — it's very global," he said. "There's lots of places that that we could take it. Chicago is a great place to look at, so is New York, Boston, Houston. There's so many different places that we could go. And like I said, outside of the country as well." For him, the greatest priority is having contestants who all live in the same place in order to give them "a real shot at making their love and their marriage working." So basically, if you're looking to apply for season two, you'll likely have to be a resident of whichever city is selected next — though beyond that, the casting process is kind of a mystery.

Music
From Lizzo to Brandy, Check Out the Best Performances From the 2022 BET Awards
by Monica Sisavat 27 minutes ago

Award Season
Taraji P. Henson, Janelle Monáe, and More Stand Up For Abortion Rights at the BET Awards
by Njera Perkins 50 minutes ago

Award Season
Jazmine Sullivan Urges Men to Rally For Abortion Rights at the BET Awards: "Stand Up"
by Kelsey Garcia 56 minutes ago