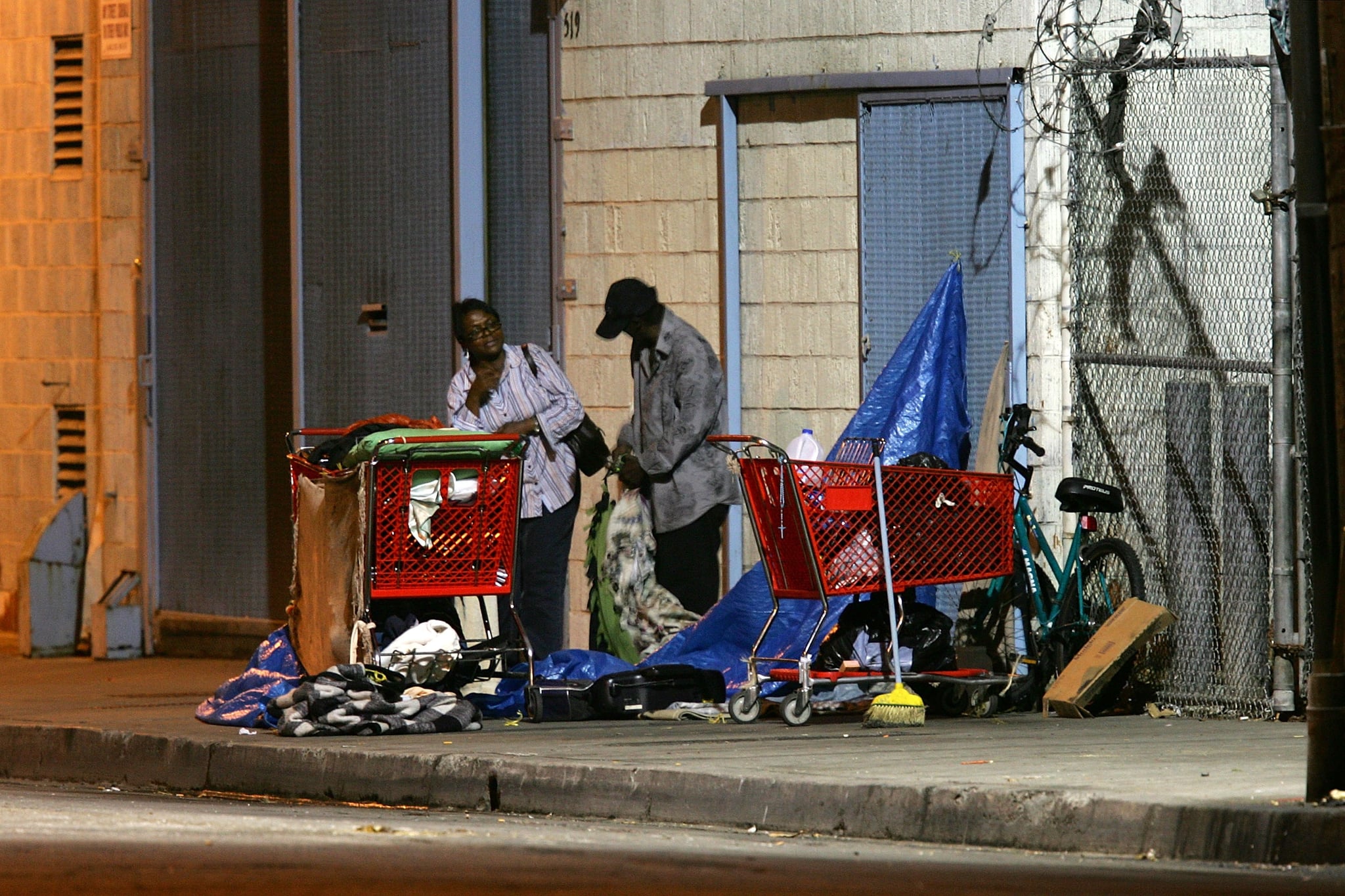 Netflix's Crime Scene: The Vanishing at the Cecil Hotel revisits the case of Elisa Lam, a 21-year-old Canadian student who was found dead in the Cecil Hotel's water tank on Feb. 19, 2013. The series unpacks the story by detailing the chilling coincidences associated with her disappearance, offering theories as to what may have happened to her, and analyzing a troubling elevator video, but it completely glosses over the real history of Skid Row, or, as Detective Jim McSorely irresponsibly calls it, "a free-for-all, where people are allowed to sleep on the streets, buy drugs, sell their bodies."

The area surrounding the Cecil Hotel is called Skid Row, which is a 56-block area in downtown Los Angeles that's existed for over 100 years. It's one of the poorest areas in the world, and approximately 8,000 to 10,000 individuals currently reside there. "Almost all of our homeless services are located in this one area, so the only really place to go if you're homeless and want assistance is Skid Row, and it's become a dumping ground," Skid Row historian Dr. Doug Mungin noted. "After people are released from prison or jail or from a mental facility, they are dropped off on Skid Row because the city wanted to make sure that these types of people remain separated from the rest of Los Angeles."

The docuseries paints Skid Row as the reason for the decline of the Cecil Hotel by exploiting the stories of former Cecil Hotel residents, including Kenneth Givens, who moved to Los Angeles after losing his job in New York in the '80s, and featuring interviews in which the participants refer to it as the "Wild West" and "a space where people are allowed to just suffer." At one point, McSorely even tells a story about how he once witnessed a man biting a pigeon's head off purely for shock value. However, the show fails to point out the history of Skid Row's connection to systems of white supremacy and how that's ultimately led to addiction, crime, and mental health issues over the years.

In the '70s, Skid Row was mostly compromised of single, older white men, but after "decades of racialized residential segregation, employment discrimination, and financial redlining," the area became disproportionately populated by people of color, specifically Black Americans. In 1975, the city adopted a redevelopment plan, which included the "Policy of Containment," a program that concentrated people experiencing homelessness and social service agencies in one area. McSorely referred to it as a place to "contain anything bad that's going on in the rest of the city," but there was no mention of the fact that this mainly affected these marginalized groups and is still doing so today. The docuseries also doesn't address how leaving someone without any resources might severely impact their mental health.

According to a study by UCLA, as of 2020, African Americans constitute 34% of LA's homeless population, but only 8% of the general, while Latinx people make up 36% of the homeless population and 48% of the general. For many, Skid Row can be a difficult place to escape since only 25 cities out of 88 in Los Angeles County offer services for people dealing with homelessness.

It's incredibly irresponsible of Netflix to peg this "eerie murder mystery" on a place where people are simply trying to survive.

NetflixTVStreamingCrime Scene: The Vanishing At The Cecil HotelRace And Culture