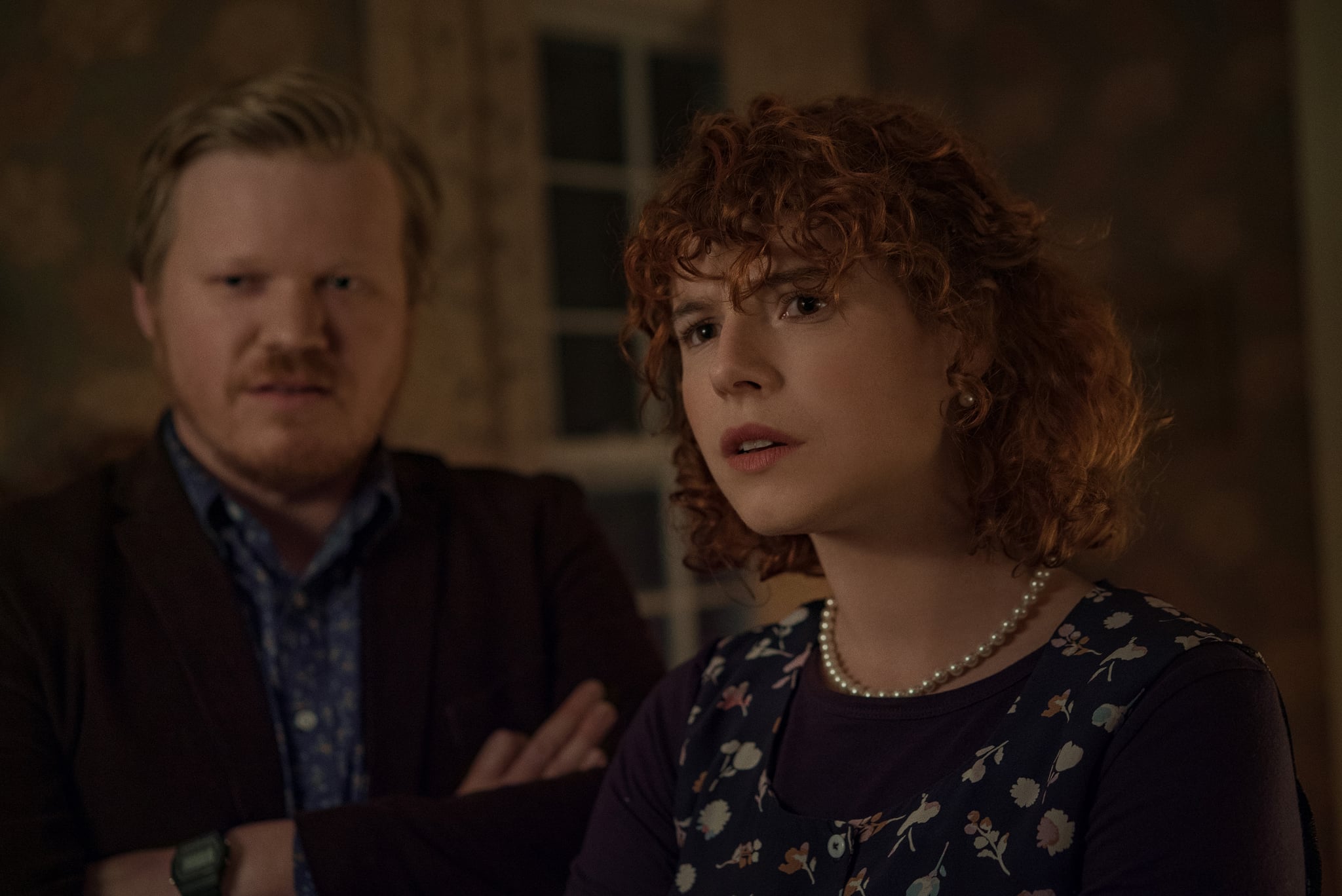 Image Source: Netflix
Charlie Kaufman's film adaptation of I'm Thinking of Ending Things is just as unsettling as the Ian Reid novel it's based on. The film — which premiered on Netflix Sept. 4 — follows a young woman's trip to meet her boyfriend Jakes's parents. Jake's girlfriend feels uneasy the entire time, and for good measure. Nothing is what it seems, and by the end of the movie, we're left scratching our heads as to what is real and what is imagined. In order to fully understand I'm Thinking of Ending Things's ending, we need to break down its premise, the parents, the girlfriend, and the somewhat creepy janitor that's interjected throughout.

Related:
It's More Than Coincidence That the Poem in I'm Thinking of Ending Things Feels Written For Jake

Jake invites his girlfriend on a short trip to visit his parents at the farmhouse he grew up in. During the trip, the girlfriend contemplates breaking things off with Jake and it's almost as if he can hear her thoughts. When they arrive, Jake begins to start acting off, choosing to take his girlfriend on a tour of the farm despite the freezing temperatures. His parents' body language is also off-kilter and neither seem to truly understand social cues. And like any good mystery, there's a basement door covered in scratches that's considered off-limits.

Jake and his girlfriend's story is intercut with a lonely high school janitor. He's never given a name and stares at the students' rehearsal of Oklahoma! for far too long. It's not until the end, when the janitor talks with Jake's girlfriend (sometimes named Lucy), that we realize Jake and the janitor's story is one and the same.

There's a reason Jake's parents aren't acting what most would consider "normal." That's because they're dead and currently figments of Jake's imagination. While "Lucy" and Jake are visiting, his parents rapidly age then de-age before her eyes. Even before the aging happens, Jake's dad is talking about his mother in the past tense. When the pair finally leave the house, it's like that chapter of Jake's life closes with his mother's death. 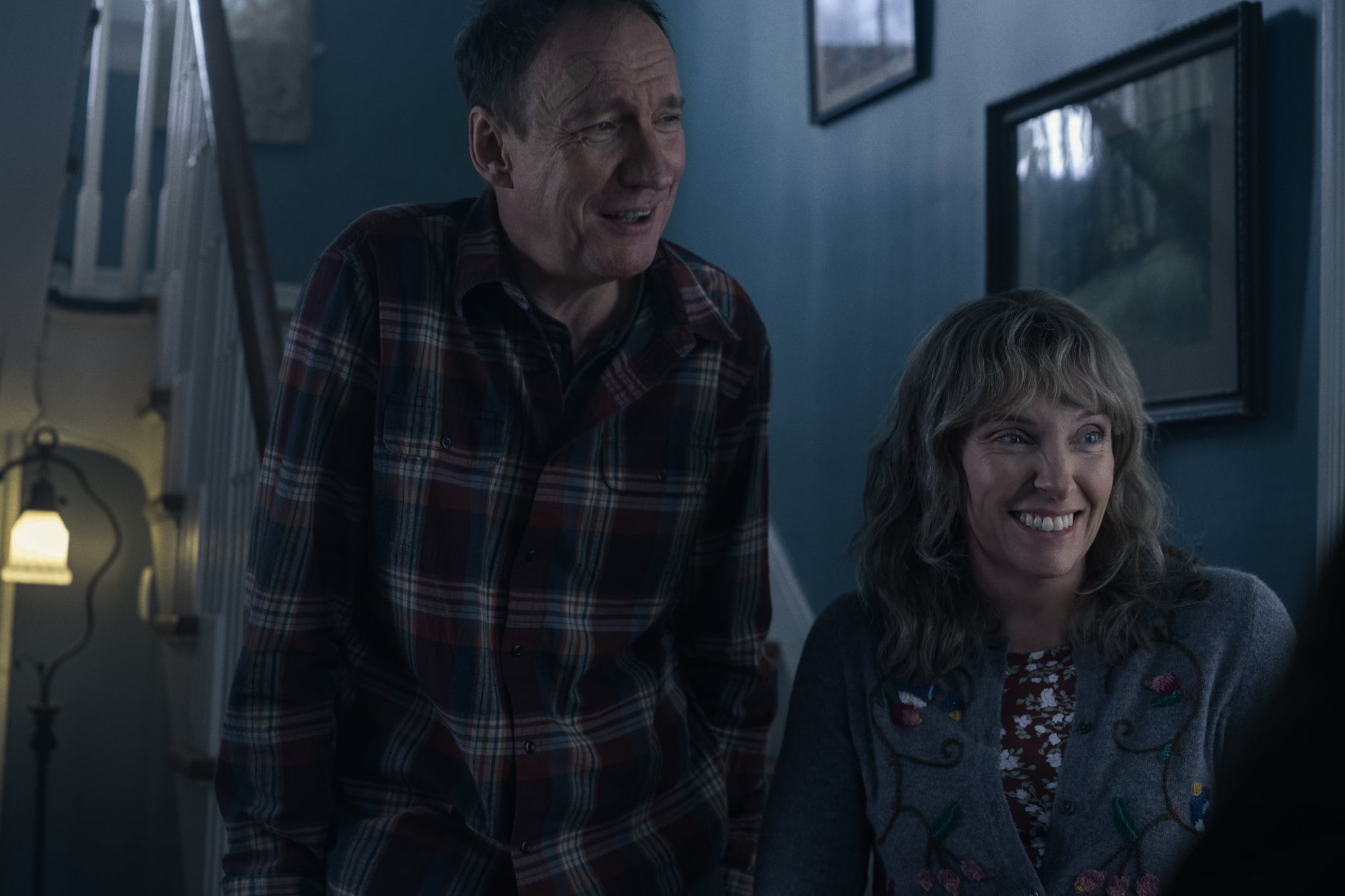 Lucy/Louisa/Lucia is a girl Jake once saw at trivia night but never got the nerve up to actually talk to. Instead, he was a "nuisance" and stared at her like a "creeper," as "Lucy" says to the janitor. Her nonexistence also explains why her name frequently changes from Lucy to Louisa to Lucia, why her major never stays the same, why her art is someone else's, the sudden change to Yvonne from the movie the janitor is watching, and finally, why her clothes change without notice. Jake also doesn't remember her actual name, major, or what she was wearing the night he saw her. He simply has an ideal version of her in his mind that changes to fit whatever he needs.

The Janitor Is Jake

This connection is made when a talking cartoon pig (which is a callback to Jake's macabre story about the family pigs) tells the naked janitor, "We need to get you dressed," before cutting to Jake in a tuxedo accepting the Nobel prize. It's also implied when the janitor watches a rom-com and the story of how Jake and his girlfriend met mirrors the movie-within-the-movie's narrative. Later, his girlfriend's caller ID, which has been switching to reflect her "name" all evening, switches to Yvonne, aka the name of the female character from the movie. And for a split-second during their car ride from his parents, "Lucy" is replaced by the actress that plays Yvonne.

"Lucy" eventually finds that the washing machine in the off-limits basement is full of the janitor's uniforms, although, this isn't confirmed until the pair meets. When Jake's girlfriend and the janitor meet face-to-face, "Lucy" recalls what actually happened when Jake set his eyes on her during trivia night. Finally, there are all the ties to Oklahoma!: the musical is one of Jake's favorites, it's the performance that the school the janitor works at is putting on, it's where the song Jake sings at the end comes from, and it's the inspiration for the dream ballet that happens between Jake, his girlfriend, and the janitor. These references are sprinkled throughout and ultimately cement Jake's identity as the janitor. 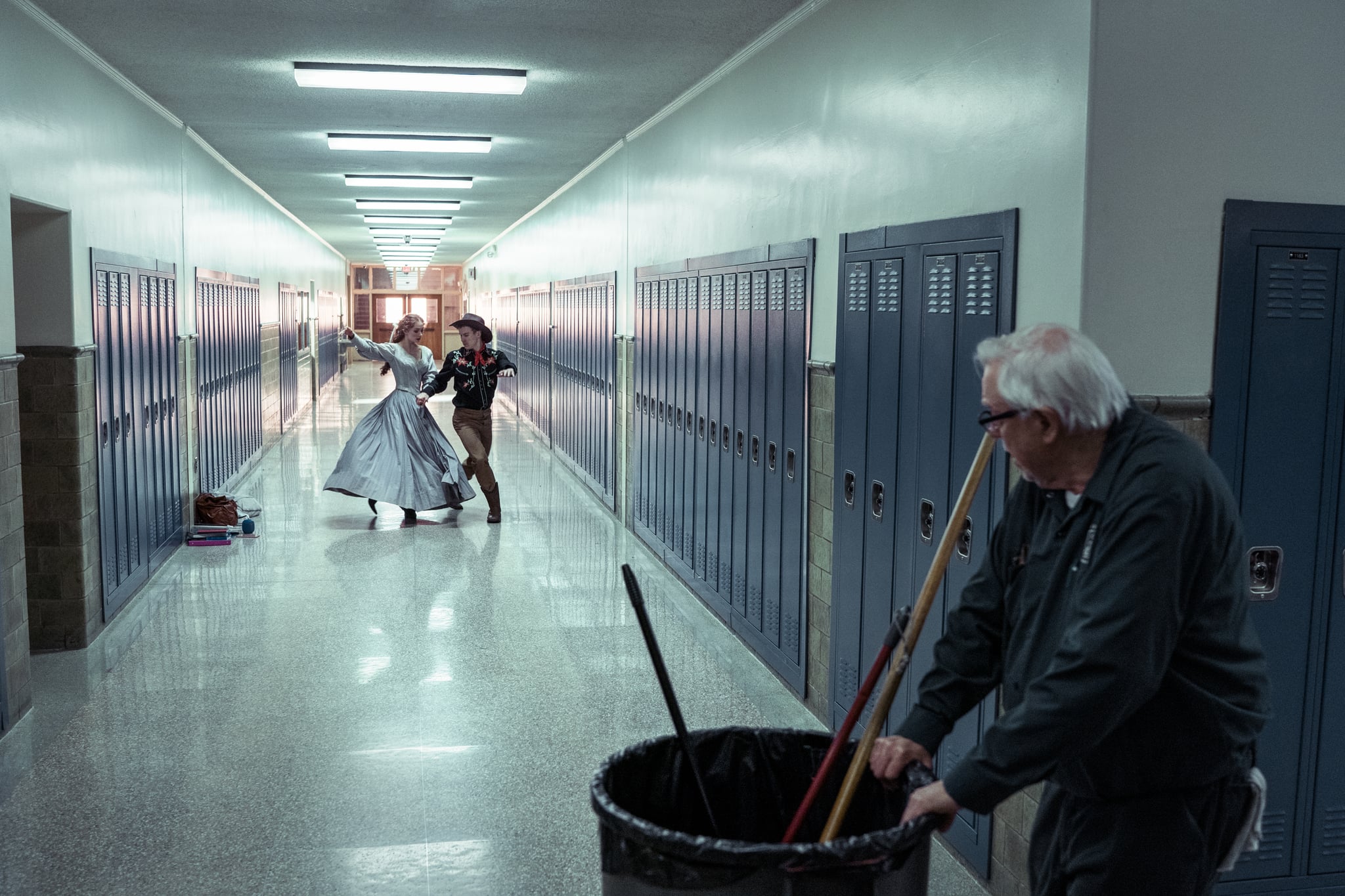