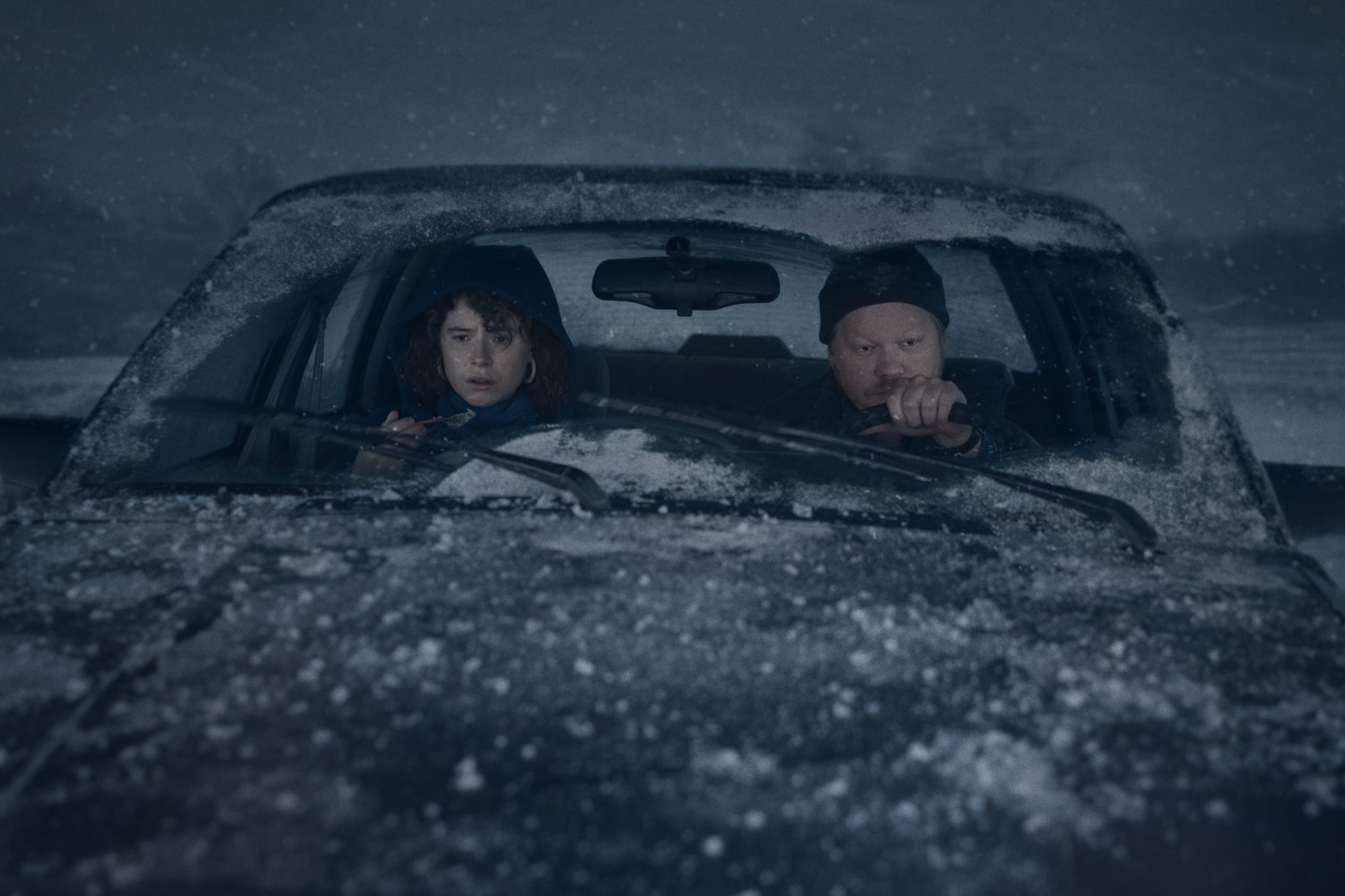 Netflix's I'm Thinking of Ending Things, which premiered Sept. 4, follows a young woman's trip to visit her boyfriend's parents . . . all the while contemplating whether or not she should break things off. If that doesn't make the trip awkward enough, strange occurrences keep happening while everyone around her acts like nothing is wrong, including the rapid aging and de-aging of Jake's parents, photos that change without warning, and a dream-like ballet. During their car ride, Jake asks his girlfriend to recite the poem she's been working on. "It's like you wrote it about me," Jake tells her after she finishes. It makes sense that he feels she wrote it about him, as Lucy later finds the book it comes from. That's right, she didn't write it — it's actually a poem called "Bonedog" from a book of poems called Rotten Perfect Mouth by Eva H.D.

Throughout the film, we see Lucy evolve into the perfect girlfriend for Jake; what she's studying, along with her name, changes multiple times to fit whatever narrative he feels. Having her "write" this poem just fits into his fantasy of this ideal girl — who he never actually speaks to — because it's something he identifies with. "There's universality in the specific," Lucy comments when Jake tells her how he feels about the poem. By the end of the film we see that Lucy's comment is true. The film's entire narrative is representative of the poem and moments in Jake's life (whether real or imaginary) mirror "Bonedog" almost perfectly. You can read the poem in its entirety ahead.

Coming home is terrible
whether the dogs lick your face or not;
whether you have a wife
or just a wife-shaped loneliness waiting for you.
Coming home is terribly lonely,
so that you think
of the oppressive barometric pressure
back where you have just come from
with fondness,
because everything's worse
once you're home.

You think of the vermin
clinging to the grass stalks,
long hours on the road,
roadside assistance and ice creams,
and the peculiar shapes of
certain clouds and silences
with longing because you did not want to return.
Coming home is
just awful.

And the home-style silences and clouds
contribute to nothing
but the general malaise.
Clouds, such as they are,
are in fact suspect,
and made from a different material
than those you left behind.
You yourself were cut
from a different cloudy cloth,
returned,
remaindered,
ill-met by moonlight,
unhappy to be back,
slack in all the wrong spots,
seamy suit of clothes
dishrag-ratty, worn.

You return home
moon-landed, foreign;
the Earth's gravitational pull
an effort now redoubled,
dragging your shoelaces loose
and your shoulders
etching deeper the stanza
of worry on your forehead.
You return home deepened,
a parched well linked to tomorrow
by a frail strand of…

You sigh into the onslaught of identical days.
One might as well, at a time . . .

The sun goes up and down
like a tired whore,
the weather immobile
like a broken limb
while you just keep getting older.
Nothing moves but
the shifting tides of salt in your body.
Your vision blears.
You carry your weather with you,
the big blue whale,
a skeletal darkness.

You come back
with X-ray vision.
Your eyes have become a hunger.
You come home with your mutant gifts
to a house of bone.
Everything you see now,
all of it: bone.

Ghostbusters
The "Ghostbusters: Afterlife" Sequel Has a Release Date
by Njera Perkins 7 hours ago