Birds of Prey has been marketed very much as Deadpool-level violence, but make it girl power. In reality, it's actually a surprisingly relatable depiction of one of the most powerful experiences of being a woman: the sisterhood that forms between near-strangers when in need. Instead of paying lip service to female empowerment or trying to spin complicated emotional bonds in a short time, the movie leans heavily on this common experience to create a movie that's as much about the lived experience of ordinary women as it is about a group of messed-up antiheroes.

In many ways, Birds of Prey is largely a metaphor for the instinctive way that so many women, even total strangers, will often close ranks and lend a hand to a sister in need. Unlike many other superhero "team-up" movies, Birds of Prey keeps its characters separate for much of the movie: their paths intersect here and there so that it makes sense why they'd all end up in the same place by the end, but they're all after their own goals and even are in direct opposition to each other at times. And yet, in the end, when they're all faced with the option of teaming up or trying to run and save their own individual skins, there's no question that they'll work together to get out alive and protect the tweenage pickpocket Cassandra Cain. The movie doesn't need to spend ages on narrative twists to justify this; it's simply understood.

These women may be superheroes, but the way they relate to each other is completely familiar.

The acts of sisterhood aren't just big superhero antics, though, but moments that will look familiar to ordinary women in the audience. In one scene, a drunk Harley is cornered and nearly kidnapped by a creep at a bar, and Dinah Lance — who just listened to Harley vent about her breakup — first tries to walk away from the scene, then steps in to deliver a cathartic beatdown of the would-be kidnappers. Later, during the final battle, Harley sees Dinah struggling when her long hair keeps falling in her face, and she offers Dinah a hair tie in one of the most ordinary and most recognizable acts of solidarity and woman-to-woman understanding.

It's the kind of moment that would be unlikely to appear in a story told by and for men, not for any nefarious reason, but because that's such an inherently female experience: spotting another woman in need of a small assist, correctly evaluating the problem, and lending a hand. If you've ever pretended to know a stranger at a bar to help her escape a creep, given the woman at the sink next to you a compliment, or offered a nail file or hair tie to an officemate, you'll relate, and that's the point: these women may be superheroes, but the way they relate to each other is completely familiar. 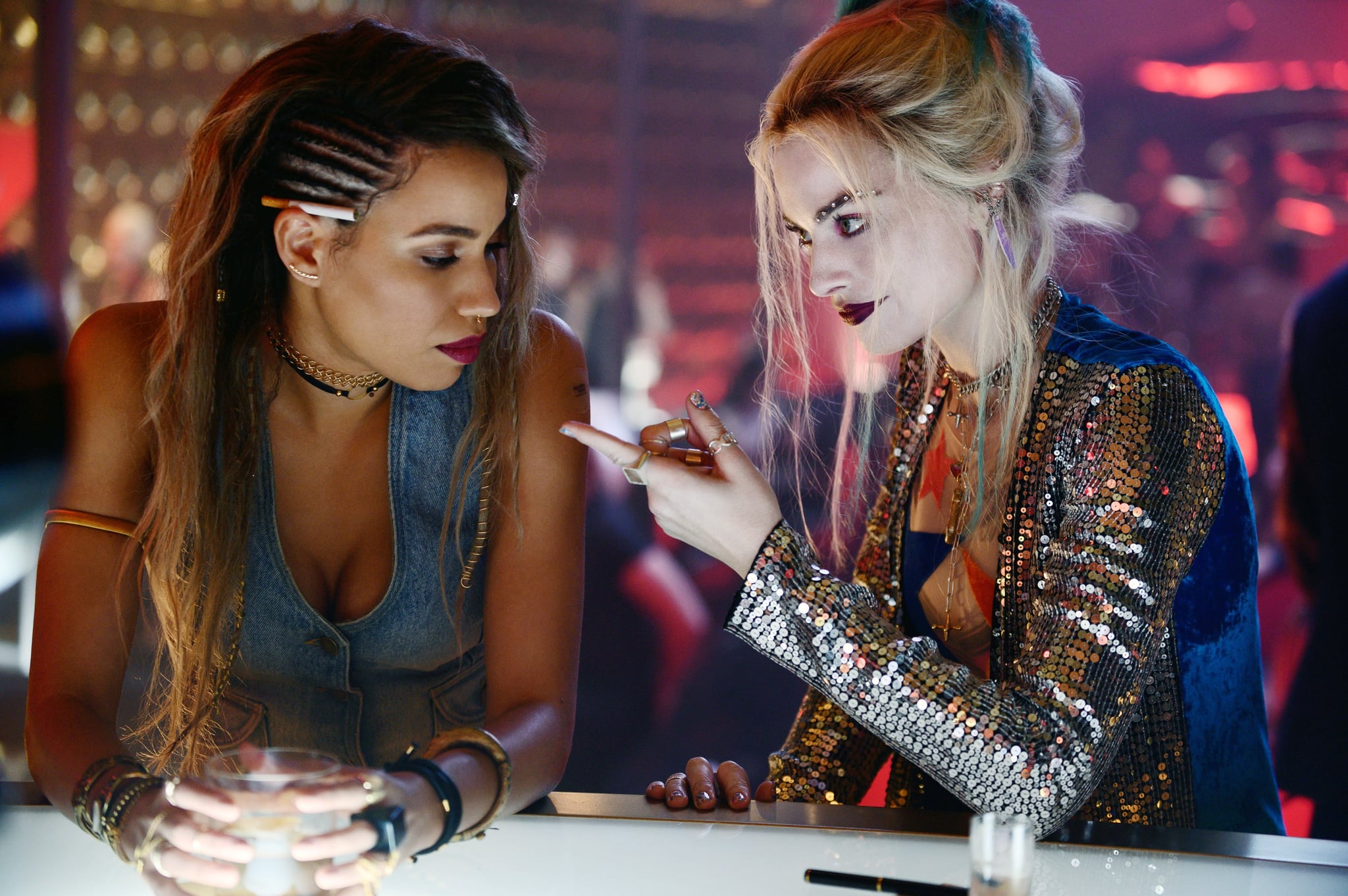 In contrast, the men in the movie are, without fail, depicted as mercenary at best and downright evil at worst. On the "not great but not evil" side, we've got the men at Renee's precinct, including her former partner who has risen through the ranks by taking credit for Renee's work but who doesn't appear to be a bad or unreasonable man. There's also "Doc," the kindly old man who lets Harley hide out in his building — until he gets offered enough money to betray her and justifies it as "just business." Of course, we've also got the downright evil men, too: petty, insecure crime boss Roman Sionis who is obsessed with owning everything (or destroying what he can't own), and his gleefully sadistic right-hand man Victor Zsasz. In the world of Birds of Prey, relying on other women is the safest bet in a world that has no truly safe bets.

Forged sisterhood is not universal . . . how we decide to interact with power structures still matters.

It's not just a "women are good/men are bad" depiction, though. Ali Wong's character assistant district attorney Ellen Yee chooses to betray Renee's trust and decides to work "inside" the patriarchal, institutional structures rather than accept that they might be corrupt or unfair. When she reports Renee's off-the-books investigation of Sionis to Renee's boss, she not only betrays a personal trust (a bit of narration reveals she's Renee's ex-girlfriend), but sides with a male-led structure that she knows is unfair because she still believes it is more trustworthy than Renee's theories. Ellen is not villainized for doing so, even though it costs Renee her job, but it adds a layer that reminds us that forged sisterhood is not universal and that how we decide to interact with power structures still matters.

The male-dominated world of superhero movies is getting more and more women in charge, both in Marvel and DC's universe. Still, Birds of Prey stands alone for its unique take on sisterhood. It doesn't pretend that its characters are flawless paragons of virtue: they're messy, messed up, morally questionable, and have as many bad qualities as good ones. But they've got each other's backs in a practical, relatable way, and that's what makes all the difference.