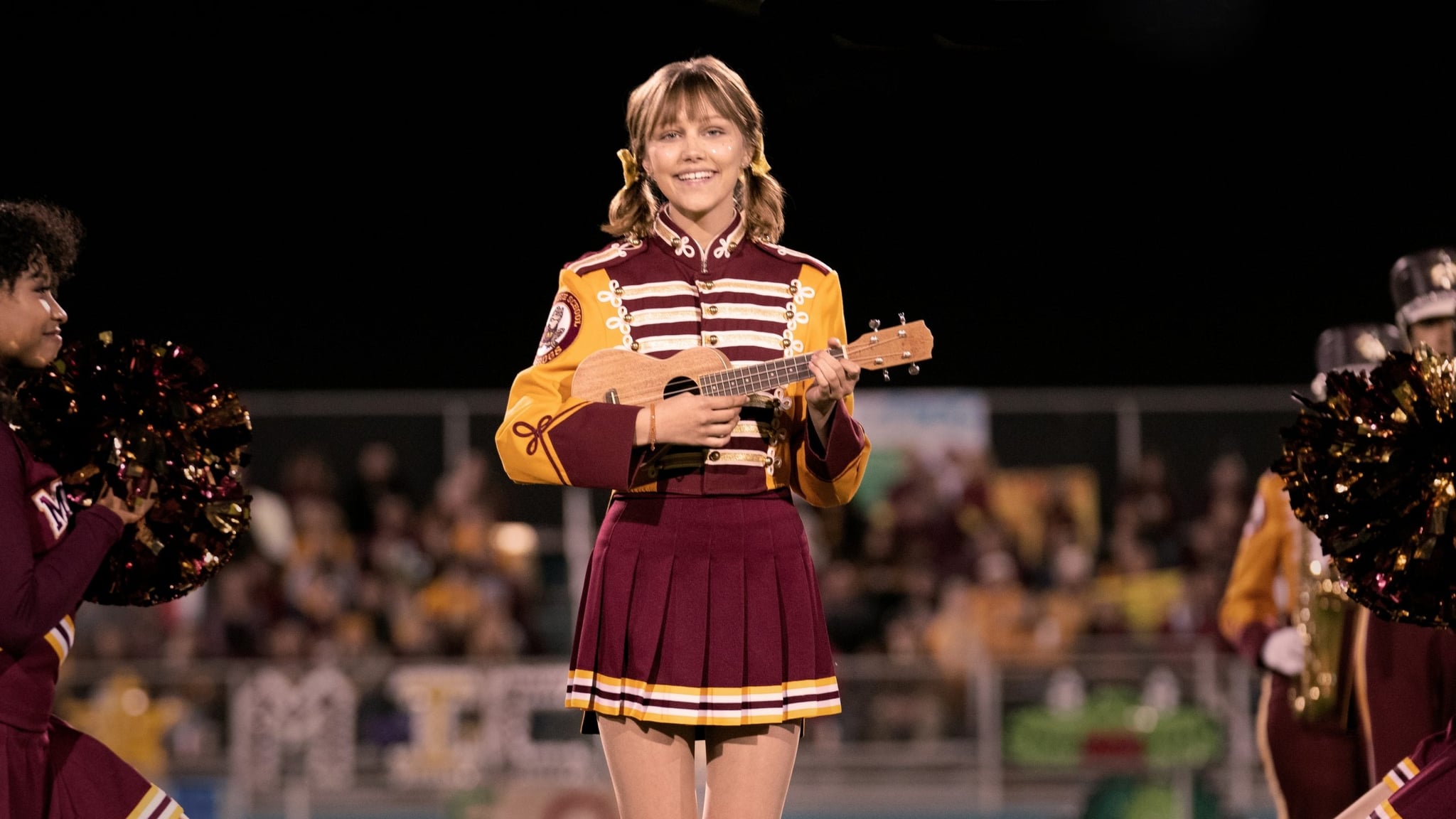 The onscreen adaptation of Jerry Spinelli's beloved YA novel Stargirl is finally on Disney+, and they couldn't have cast a better person to play the titular role. Stargirl tells the story of a shy teen named Leo who finds himself falling for the strange, elusive new girl who moves to his small Arizona town after only ever having been homeschooled. Though Leo has spent the majority of his life trying to blend in, he can't help but be drawn to this ukulele-playing girl who was born to stand out — and if anyone was born to play the role of the ukulele-strumming Stargirl, it's Grace VanderWaal.

Related:
Grace VanderWaal's World Is a Retro-Lover's Dream, and Her Instagram Proves It

The Disney+ production is one of the first original films to debut on the streaming platform, and it's also VanderWaal's first acting gig. If you're wondering whether that's actually VanderWaal playing the ukulele in the Stargirl trailer, we can assure you that yes, it definitely is. Back in 2016, VanderWaal won America's Got Talent at just 12 years old, wowing fans with her original songs, incredible voice, and — of course — her ukulele skills. She went on to release her first EP, Perfectly Imperfect, followed by her first full-length album, Just the Beginning, and she's even toured with artists like Imagine Dragons and Florence and the Machine.

In a January 2019 interview with Ukulele Magazine, VanderWaal said she taught herself how to play by watching YouTube videos, and now she's teaching herself how to act. "I'm not an actor and I don't know how to act, so I've been trying to connect with the lines in my personal way," she said. The interviewer noted that the role of Stargirl truly seemed made for her, and Stargirl producer Kristin Hahn seems to agree. Though over 700 girls auditioned for the role, Hahn (who also discovered Timothée Chalamet and cast him in her debut film, Miss Stevens) said she knew that VanderWaal was her Stargirl right away. "The world knows what a talented performer she is," she said in a statement, "and I cannot wait for everyone to see just how many sides there are to this special and magical young woman."

Music
Gia Woods Is Back With New Lesbian Anthem, "Lesbionic": "It's a Female Empowerment Song"
by Reilly Lucas 30 minutes ago