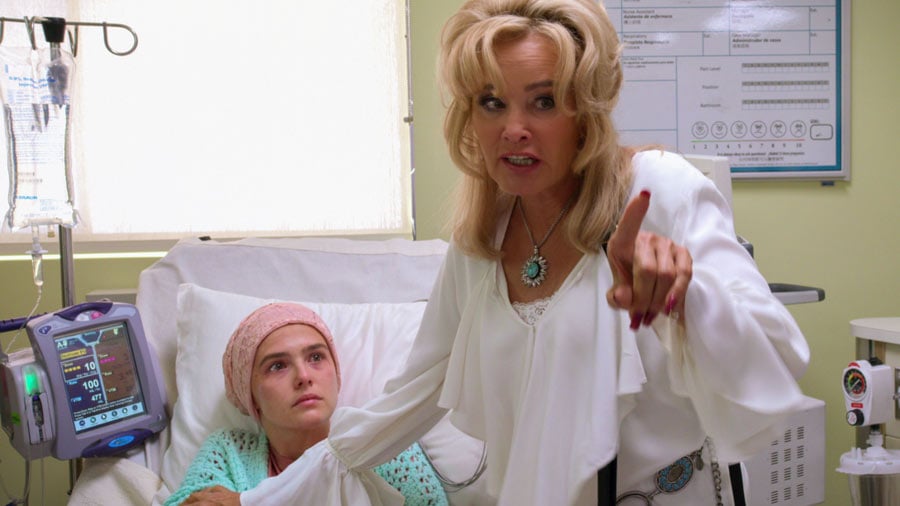 On Netflix's latest dark comedy, The Politician, ambitious high schooler Payton Hobart (Ben Platt) finds an unlikely friend in the cancer-stricken wallflower Infinity Jackson (Zoey Deutch), a girl from the wrong side of the tracks with only her Grandma Dusty (Jessica Lange) to care for her. But there is a lot more going on with the Jackson family than meets the eye . . . so much so that it bears a striking resemblance to the Dee Dee and Gypsy Rose Blanchard case from a few years ago. How closely does art imitate life? Here's what to know.

Warning: Spoilers follow for season one of The Politician.

In 2015, police found the body of Dee Dee Blanchard outside her home near Springfield, MO. She had been stabbed multiple times and her physically and mentally disabled daughter, Gypsy Rose, was missing from their home. According to neighbors and friends, Dee Dee had always told them Gypsy Rose suffered from a myriad of ailments: leukemia, asthma, muscular dystrophy and brain damage due to her premature birth. Over the years, the two received many gifts from various charities due to Gypsy Rose's supposed illnesses.

Related:
The True Story Behind Hulu's The Act Is Both Tragic and Terrifying

So when Dee Dee turned up dead and Gypsy Rose disappeared, the community feared the worst. However, a day later, Gypsy Rose was found in Wisconsin, having run away with her boyfriend, Nicholas Godejohn. It came to light that she, in fact, did not have the mental capacity of a 7-year-old, as her mother always claimed. She was a fully functioning adult with none of the maladies her mother had said she suffered from. 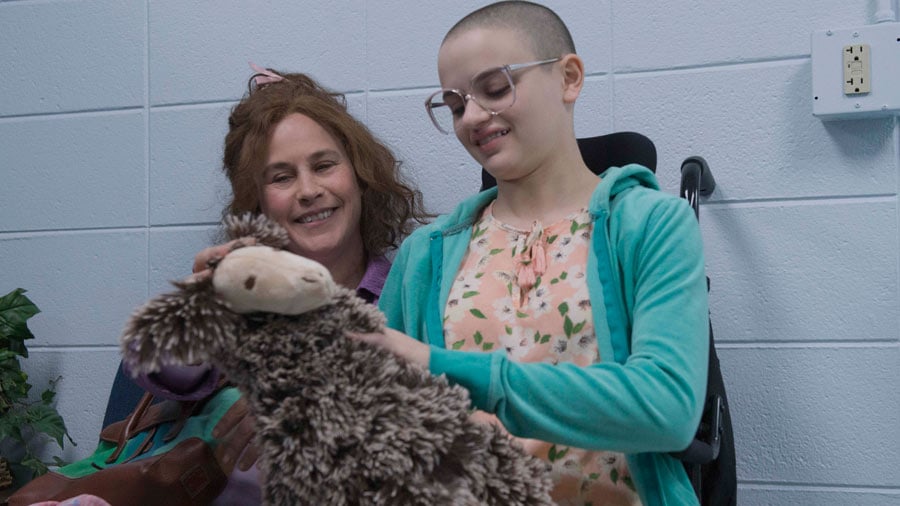 It turned out that Gypsy Rose had been a victim of Munchausen syndrome by proxy, where a parent or caretaker fabricates or induces illness in the person they are caring for in order to gain attention and sympathy. Gypsy Rose had been abused by her mother for years and she finally couldn't take it anymore, getting her online boyfriend to come to their house and kill her mother for her.

On the surface, Infinity Jackson and her grandmother share a lot in common with this case. But it might be stretching it a bit to say that it is based on the case. It's more like the Gypsy Rose case inspired the Jacksons and then the show threw in some levity so as not to get too dark. 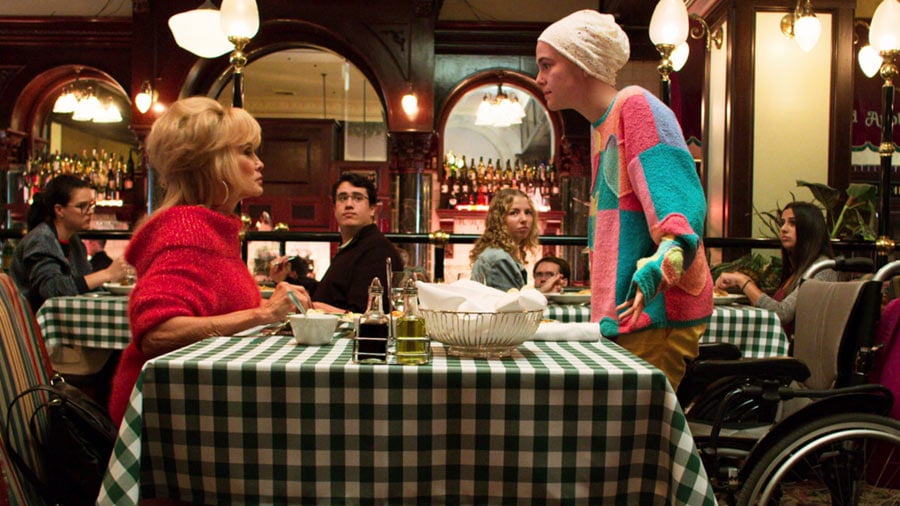 On the show, Grandma Dusty is definitely a horrible person. She reveals in episode six that her Munchausen's by proxy actually started with her daughter, Dina (Taylan Tural), whom she began poisoning shortly after Dina gave birth to Infinity at age 17. But the show only touches on Dina briefly — it doesn't wallow in Dusty murdering her own daughter, which would be a bit dark for the tone this show is going for.

Related:
How Old Is the Cast of Netflix's The Politician in Real Life? Let's Break It Down

Then when she starts in on her granddaughter, Infinity blissfully ignorant of what's really going on until Payton clues her in. At that point, she doesn't snap and have her boyfriend kill her nana. Instead, she tells her nana off and moves out on her own. And the part where her boyfriend, Ricardo (Benjamin Barrett), runs off and everyone thinks Infinity is dead is actually handled different only the show than what happened in real life. Ricardo actually runs off with bored rich girl Astrid (Lucy Boynton) and it's more like she kidnaps him than the other way around.

So while The Politician definitely borrowed heavily from this real-life case, it's not presented in such a dark manner as say Hulu's The Act, which dramatizes the Blanchard case in a very stark, hard to watch way.

Barbie Ferreira
Did You Catch That Game of Thrones Easter Egg on Euphoria?
by Monica Sisavat 18 hours ago