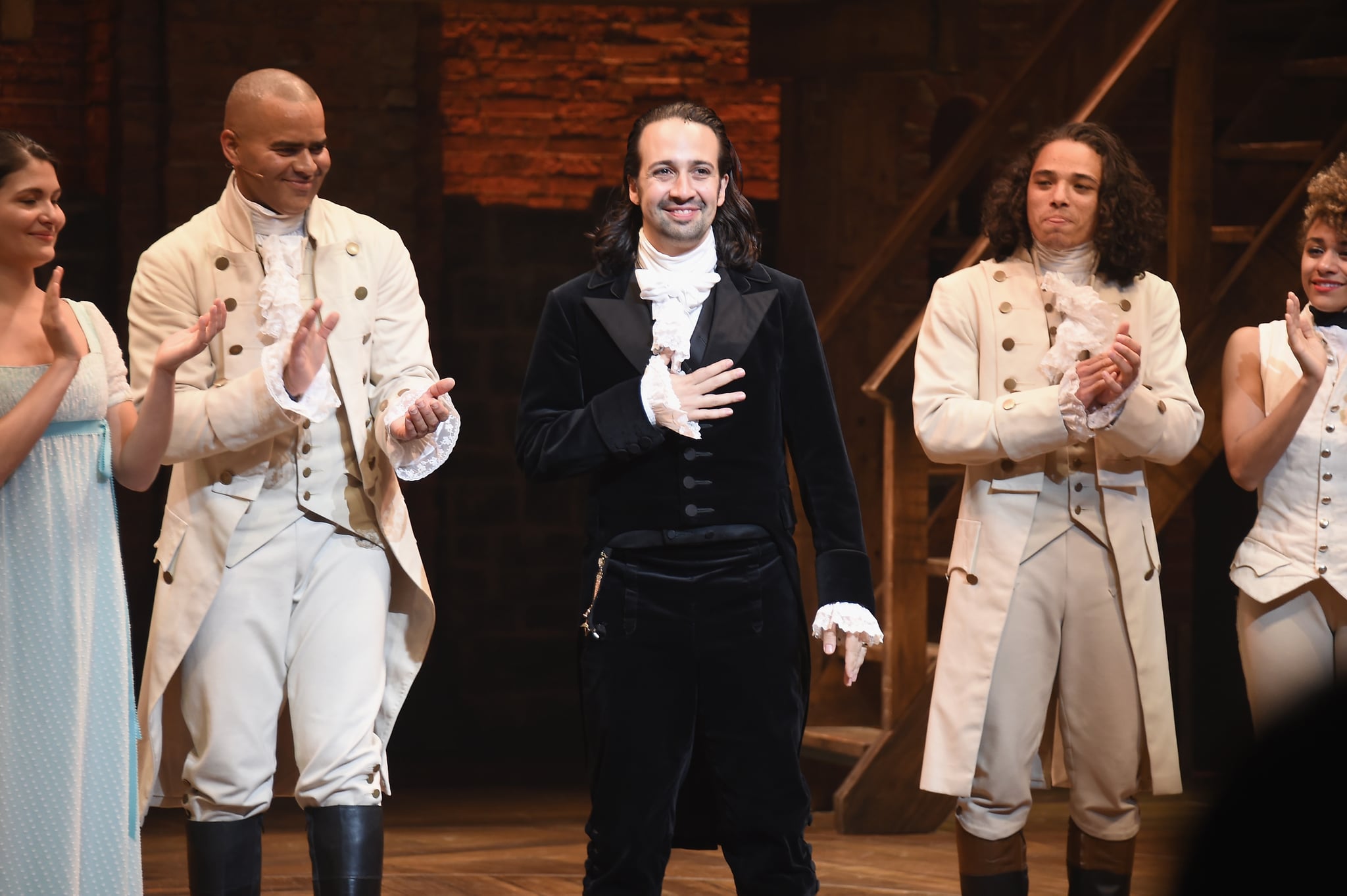 Unlike many of the other upcoming musical movies, the just-announced Hamilton film isn't a re-cast, adapted movie. Instead, it's a theatrical release of a filmed performance on Broadway! So, does this mean creator and original star Lin-Manuel Miranda will appear in the movie? No need to wait for it — the answer is yes.

Way back when Hamilton was a new Broadway phenomenon in 2016, the show's creative team decided to film the musical before the original cast departed. "We're filming the original cast before I go. WE GOT YOU," Miranda tweeted back then, adding in a second tweet, "What are we doing with that footage? No idea. Throwing it in a vault at Gringotts for a bit probly. But we're getting it."

As Hamilton, Miranda was the first person to perform now-iconic songs like "My Shot," which he first performed at a 2009 White House event. Miranda originated the role off-Broadway and on Broadway, staying with the show through July 9, 2016 — almost a full year after the show made the big move to Broadway in the Summer of 2015. He was succeeded on Broadway by Javier Muñoz, who had been his alternate up until that point. As of this writing, the role is played on Broadway by Jimmie "JJ" Jeter. Other current A.Hams include Joseph Morales, who plays the role on the "Philip" tour, Edred Utomi on the "Angelica" tour, Julius Thomas III in San Francisco, and Karl Queensborough in London. Hamilton is set to hit theaters on Oct. 15, 2021.