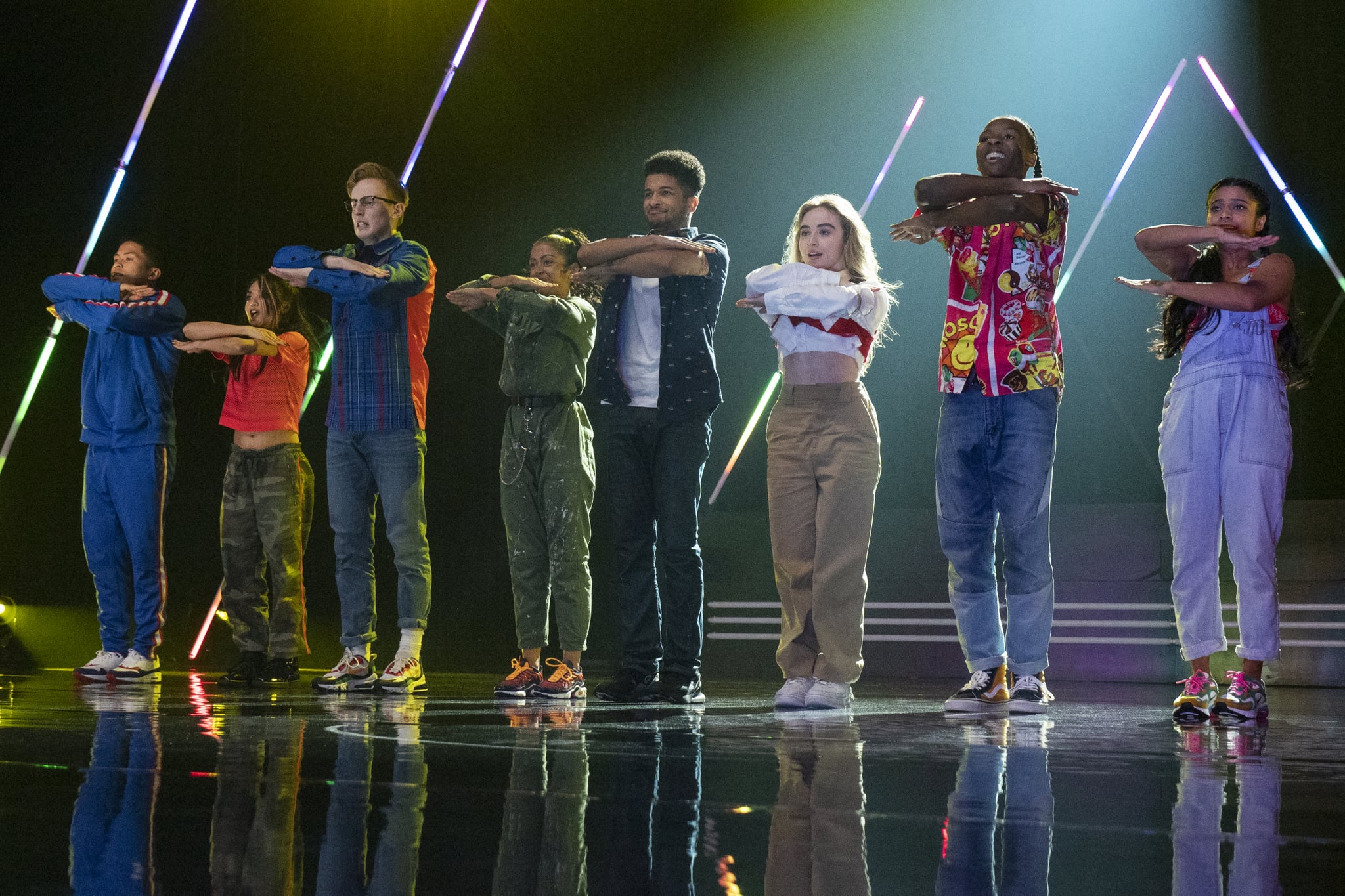 Sabrina Carpenter's character isn't exactly the best dancer in Work It, but in real life, she certainly knows how to move. The film, which hit Netflix on Aug. 7, follows a studious teenager named Quinn who tries to get into her dream school by creating her own dance team. The only catch is that she has never danced a day in her life. Unlike her character, the 21-year-old actress is no stranger to dance and has been known to show off her moves on YouTube. While Carpenter did film her own dance sequences, she admitted that it was a bit of a struggle nailing down all the routines.

"It's actually really funny because I definitely hadn't danced for a minute before we shot this movie," she told POPSUGAR. "So it was the perfect rehearsal that I didn't know that I needed going into making it." Since her character Quinn isn't exactly the most coordinated dancer, she also had to adjust how she approached the choreography.

"I do remember early on in rehearsals with our choreographer [Aakomon Jones] it was kind of a lot of me getting out of my body as opposed to getting into it, which was really interesting to just like find the complete version of myself that's just off rhythm in every way possible so that it would be believable and that she would have an arc and somewhere to go that wasn't too good at the end. Because I don't think that anyone can just wake up one day and have two left feet and then automatically not have that anymore. But it was a lot of fun to dance poorly."

Ghostbusters
The "Ghostbusters: Afterlife" Sequel Has a Release Date
by Njera Perkins 8 hours ago