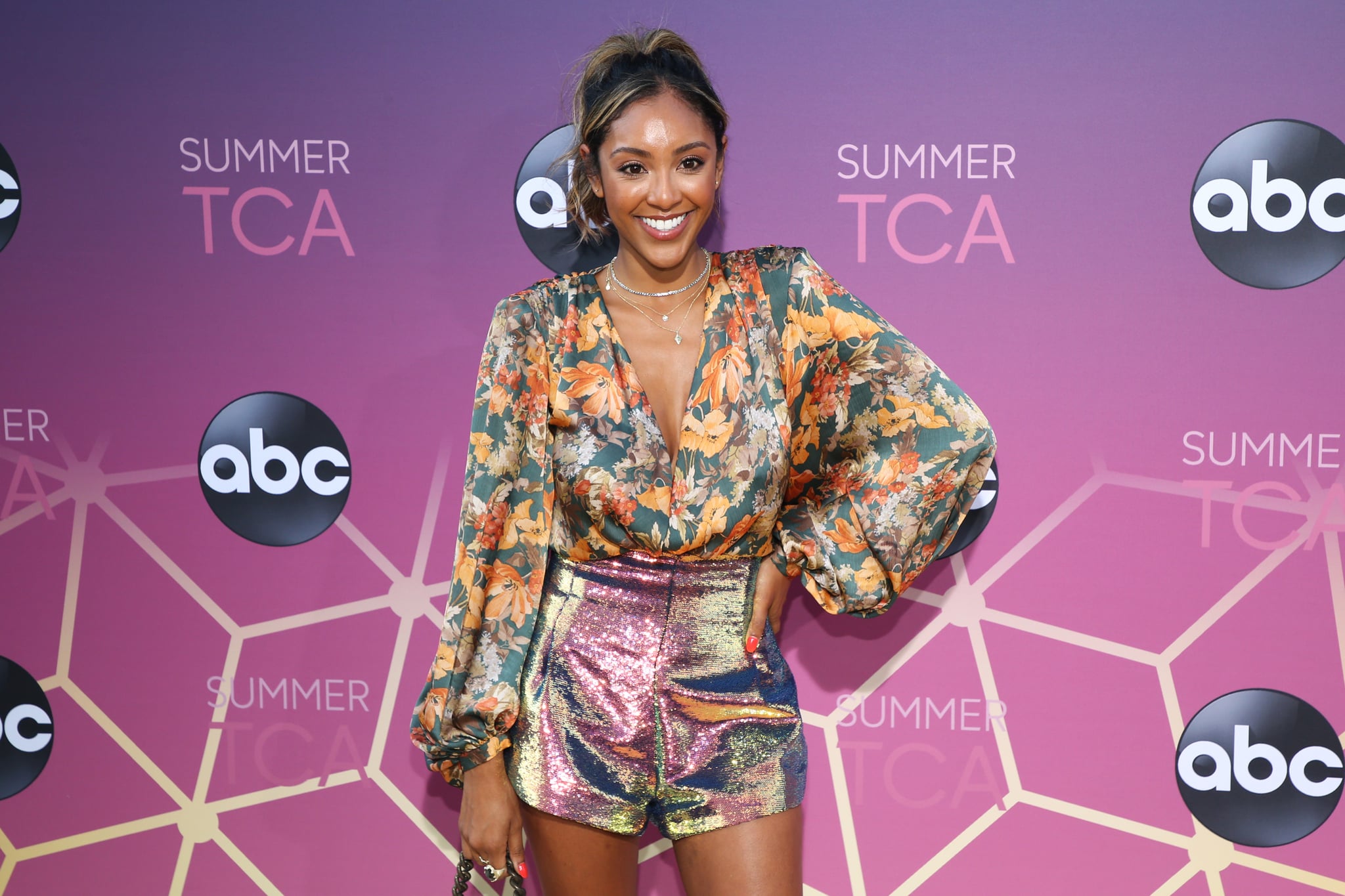 Tayshia Adams is reportedly getting another chance at love with the Bachelor franchise. According to E! News, the 29-year-old has been tapped to step in as the new Bachelorette following Clare Crawley's reported exit.

Various outlets reported on Aug. 3 that Crawley — a 39-year-old hairstylist who became the oldest Bachelorette in franchise history when she was cast back in March — fell in love with former professional football player Dale Moss, whom she gave her first-impression rose to on night one. Allegedly, Crawley didn't want to lead on the rest of her contestants after forming a connection with Moss, and production sought other options to continue the season. Enter, Adams.

E! News reported that rather than completely doing away with Crawley's season, production has supposedly told Adams that season 16 will lead with Crawley's "short-lived journey," showing the older woman falling in love with one of her suitors. Then, when Crawley concludes her journey, Adams will be announced as the lead and spend the rest of the season finding her love. Us Weekly alleged that producers had begun reaching out to "backup" contestants who weren't ultimately cast after being vetted for Crawley's season, possibly for Adams's vetting process. "When producers reached back out, out of the blue, it was very apparent that something had happened with production."

Adams made her Bachelor entrance fighting for Colton Underwood's heart during season 23 and appeared in Bachelor in Paradise soon after. ABC and Warner Bros. haven't confirmed any of the rumors, but if they prove true, Adams's crowning as the second lead of The Bachelorette season 16 could bring more diversity to the franchise that has been sorely lacking in its history. Despite Matt James being announced as the franchise's first-ever Black male lead in June, but there's still a long way to go. Let's hope this reported new twist for The Bachelorette signifies more changes on the horizon!

Astrology
Your "House of the Dragon" Character, According to Your Zodiac Sign
by Liz Simmons 17 hours ago