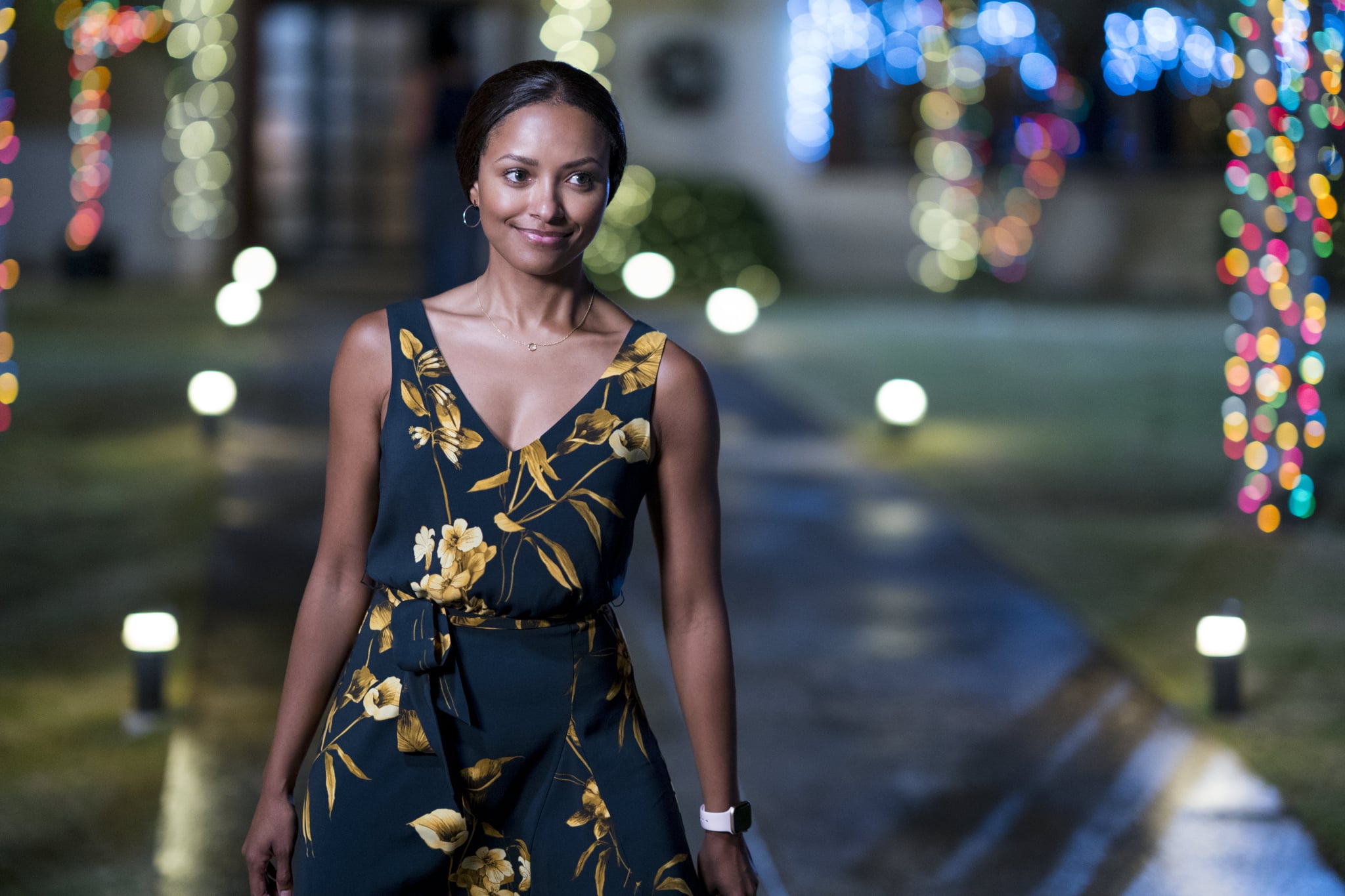 Kat Graham isn't just an incredible actress; she's also making a positive change with the roles she takes on. The 31-year-old first began acting at a young age — with guest spots on Lizzie McGuire, Greek, and Hannah Montana — but gained a huge following for her starring role as the fierce and powerful witch Bonnie Bennett on The Vampire Diaries. While the role helped jump-start her career in a lot of ways, it also taught her an important lesson about representation.

"The role of Bonnie was so, so special because it really shaped my career in a lot of ways," she told POPSUGAR. "I owe so much of my fan base internationally to the awareness of that show. It was also a show where I was the only African-American regular, and it brought to my attention certain things that I wanted to make sure I was thoughtful of when I move forward in my career. I learned so much moving forward. I mean, not every character has to be a badass and has to start off strong in any way. I think we as women, we have things that happen to us that make us strong. We have things that happen to us that change the way we see ourselves, and that's OK, too. The journey doesn't have to be, 'I have the answers all the time.' The journey is, 'I trust myself enough to go through what I need to go through to find it.'"

"I watch projects that challenge and rebel against the mold, especially for women."

When Graham considers new projects, she's always asking, "Does it make the world better?" "If you look at the films that I released this year alone, from Emperor, which was a pre-Civil War film educating people about Shields Green — who helped spark the Civil War — to Cut Throat City, which we shot in the Ninth Ward — which has been superneglected post-Hurricane Katrina — I look for things that help raise the awareness of what people might not know about or communities that might be overlooked or marginalized societies that are not getting the proper attention or support that they need," she said. "For me, there has to be some element of what is new here that I can help bring to people's awareness? I'm interested in chipping away at how stories are told, and I watch projects that challenge and rebel against the mold, especially for women." 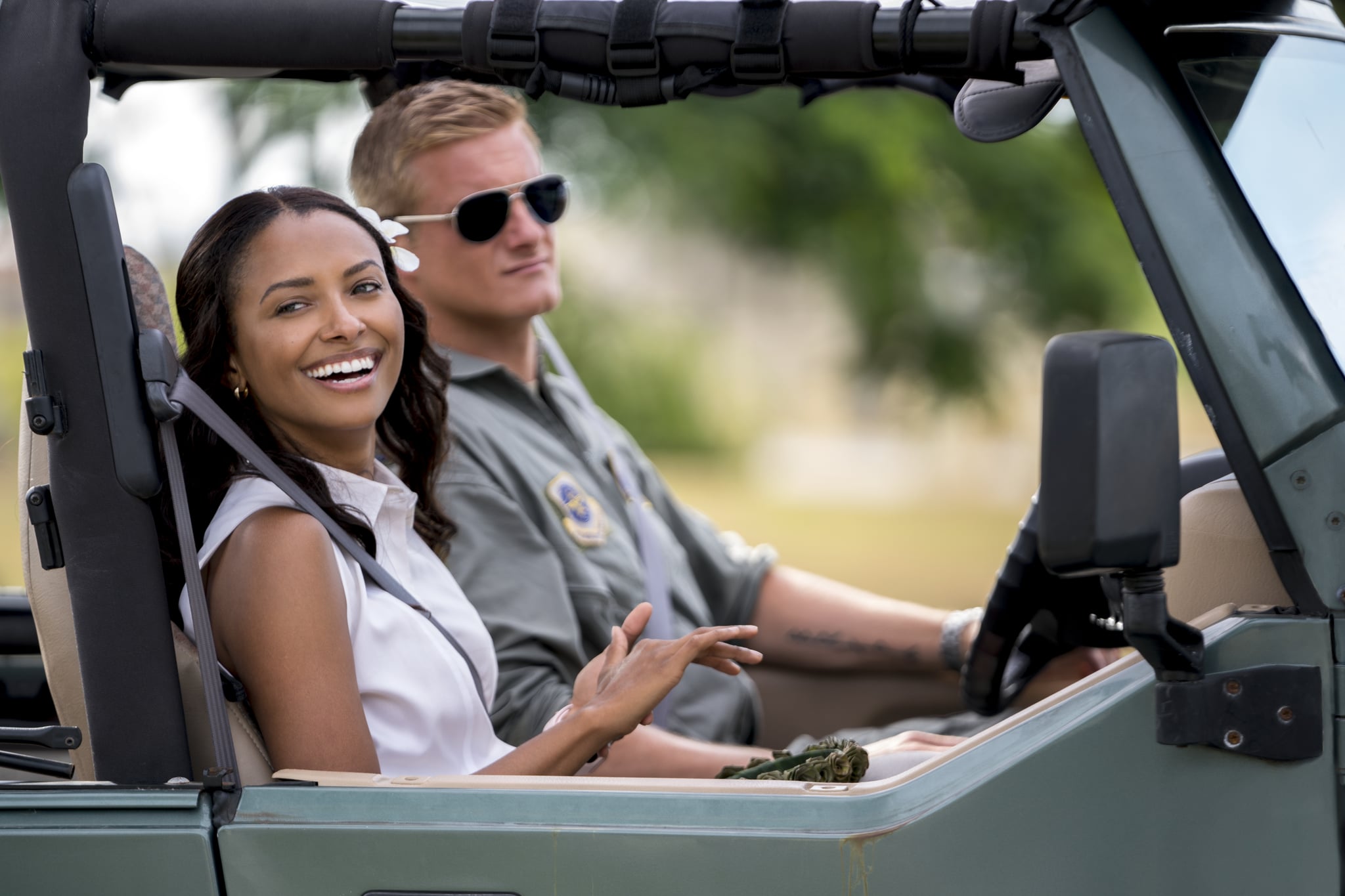 That was in large part what drew her to her latest project, Netflix's Operation Christmas Drop, which is based on the Air Force's real-life humanitarian airlift operation. "The fact that I could do a project that centers around compassion and generosity and a different kind of Christmas, a different kind of relationship, a different kind of woman, that was really, really attractive for me," she said. "I'm all about trying to break molds, and how people view women, or Black women, or women that have careers, or just the different dimensions that we are as women."

The film was also the first Hollywood production to film in Guam, so Graham made sure to learn about its history when she arrived. "They have a museum there that I went to, so I learned the history of Guam," she said. "I learned the positive, the negative, everything that the people of Guam have gone through, the nature of the people of Guam, and just really got a lot of education on what that looks like. I met with Indigenous communities, and they're such a beautiful people and loving people with such an intense history, and they deserve to be celebrated and highlighted and profiled and seen all over the world."

As Graham continues forward with her career, she hopes to inspire her fans as much as they've inspired her. "I think overall, people have this [distinction of] celebrity and your fans, and I'm lighting that up in flames," she said. "My relationship with my audience is much more intimate than that. Every Saturday, I take 10 fans internationally, and it's a superprivate thing that we do, and we just talk and I check in on them and they tell me how much time they spend watching me and supporting me. I really feel that I'm an even bigger fan of them than they are of me. They've helped me understand myself better in a lot of ways and how I want to move forward. They helped me understand my responsibility to them. They're very important not because they helped my career; they're important because they are important. Their opinion matters. Their perspective matters. Their choices matter. Their health matters. They're important because they matter. I constantly want them to feel that they matter and that their voices are heard."

Operation Christmas Drop is available to stream on Netflix now.