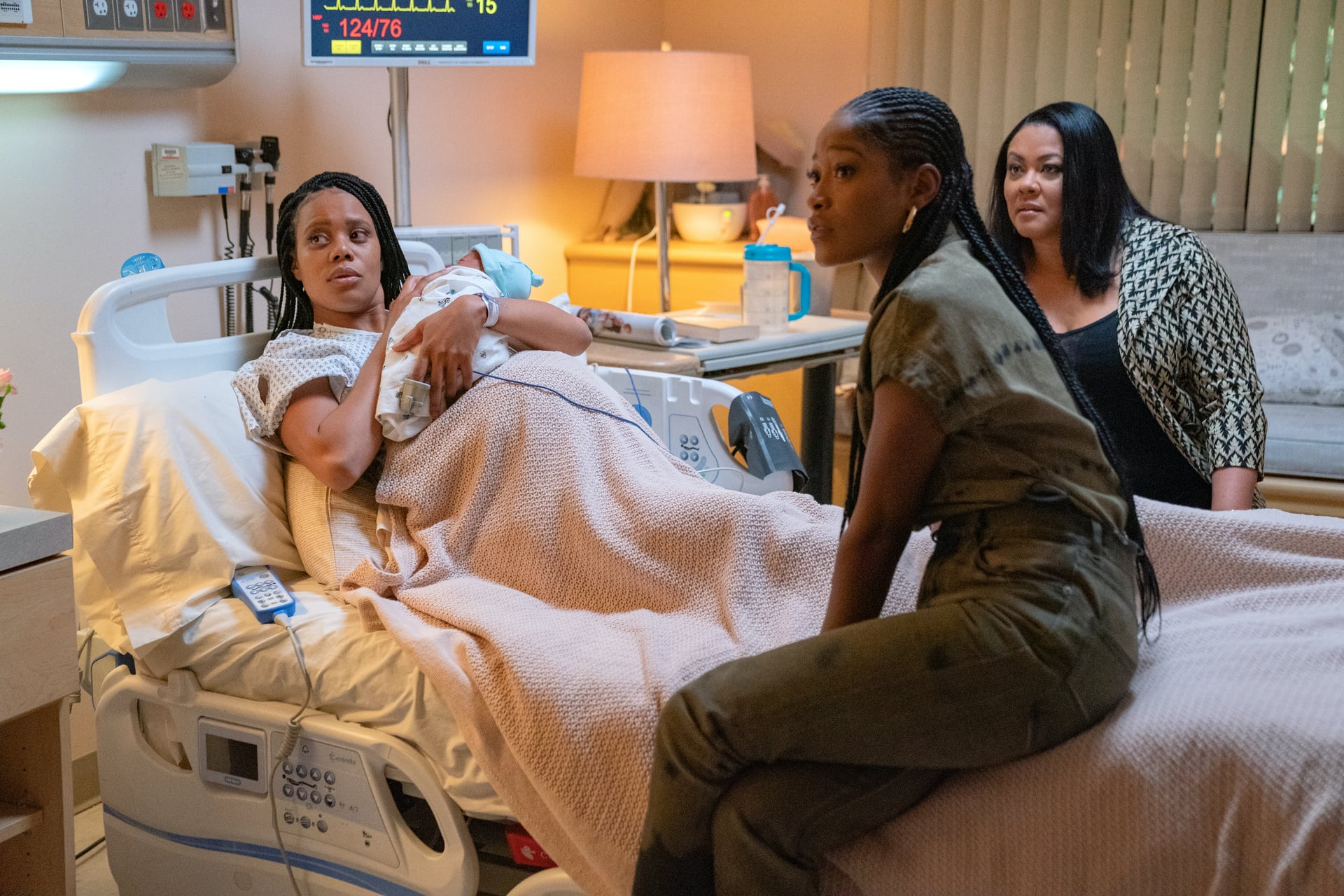 Keke Palmer is the poster child for shooting your shot and scoring big time. The Emmy-winning actress nabbed her guest role on Insecure's fifth and final season by tweeting at co-creator Issa Rae last year, and if that's not manifestation at its finest, we're not sure what is.

Back in September 2020, just a few months after Insecure's fourth season finished airing, Palmer fired off a tweet to Rae pitching a part for herself to play in the HBO show's next installment. "Hey @IssaRae there's been a mix up," she wrote. "I posted about my excitement for season 5 of Insecure and now everyone thinks I'm gonna be on it. We can't let them down, put me in to beat Condola's ass real quick."

For context on the butt-whooping, the fourth season ends with Condola (Christina Elmore) revealing she's pregnant with Lawrence's (Jay Ellis) child, just as he and Issa start rekindling things. Palmer also shared a screenshot of the message on Instagram at the time to make her case even stronger, writing, "I just turned 27 @issarae, I'm starting to appear as an adult now. I'm ready!"

Fast-forward to Nov. 7 and we see that Rae clearly took Palmer up on her offer. In episode three, we meet Palmer's character, Kira, in the hospital delivery room just after the birth of Condola and Lawrence's son, Elijah. She seems to be a very present figure in the baby's life, seeing as she's in a scene with Condola at Elijah's christening and also helps her babysit when Lawrence flakes on his visit. Naturally, fans were elated to see her on screen Sunday night and wasted no time praising her for securing yet another bag. "Is that Condola's sister? No baby, that's Keke Palmer," one user Twitter tweeted, while another said, "Give Keke Palmer any and everything she wants."

Following her celebrated appearance on Insecure, Palmer opened up about what it was like to tweet her way into the hit HBO series. "That's how crazy life is. You never know what you gonna get," she told Entertainment Tonight. "I mean, I had no idea that it was really gonna happen. I didn't do the casting . . . Honey, Issa cast this."

Prior to the airing of the episode, Palmer reposted a screenshot of her year-old manifestation tweet on Instagram, captioning the post, "Careful what you wish for 🥴 Lololololol…. Genuinely so thankful to @issarae! I always shoot my work shots(cause I loves to werk 😅), what's the worst that can happen? Present your skill, you never know how it can be of service. 🙏🏾" Rae commented, "So this the frame right before you beat her ass, right?" Hah! Glad to see that Palmer's character didn't end up throwing down with Condola after all.