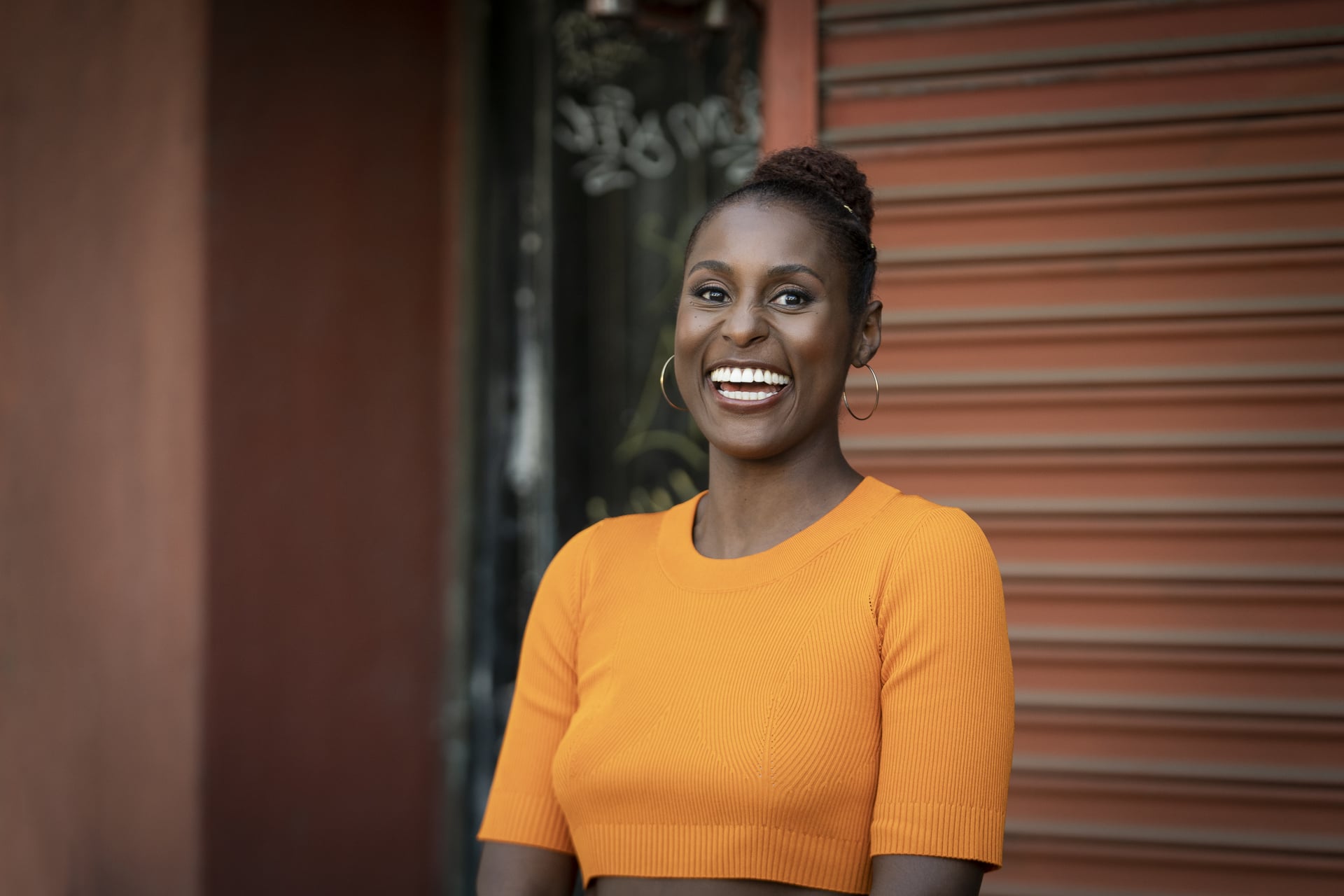 Insecure is ending after its upcoming fifth season. While it pains us to say goodbye to the show, it's definitely not the last we'll see of Issa Rae. In fact, the 36-year-old media mogul already has several projects lined up through her massive five-year deal with WarnerMedia, which is valued at $40 million. The partnership gives HBO, HBO Max, and Warner Bros. television exclusive rights to Rae's television work and a first-look film deal that spans WarnerMedia brands.

"They wifed me up," Rae said to Variety about the deal. "When people believe in you and build with you, I tend to want to further that relationship. That's just been a staple of mine with so many of the people that I work with, on various projects. So I'm looking forward to seeing what this marriage looks like." In addition to starring in a handful of the projects, Rae will also executive produce the majority of them and she also has a movie in the works alongside Ashton Kutcher and Dove Cameron. Yep, Rae is booked and busy! Ahead, check out all the new TV and movies Rae has lined up!

Related:
Issa Rae Teases the Possibility of an Insecure Spinoff: "There's a Chance For Everything"

After two successful seasons, Robin Thede's HBO sketch comedy series, which is executive produced by Rae, was recently picked up for a third season. "Robin continues to break new ground in the world of sketch comedy," EVP of HBO Comedy Programming Amy Gravitt said in a statement to Deadline. "She delivered a hilariously sharp second season, and we're looking forward to seeing where Robin, Issa Rae, and the A Black Lady Sketch Show team take us in season 3." A premiere date has yet to be announced.

It was also just announced that HBO Max has ordered Sweet Life: Los Angeles, an unscripted series from Rae that looks at what it means to be young and Black in South LA. The show follows a group of friends in their mid-20s, and it's set to debut this summer. "We're so proud to present a grounded and fun slice of young Black LA life," Rae told Deadline in a statement. "We hope the HBO Max audience will relate to and fall in love with this group of friends as much as we have."

Rae is reviving the critically acclaimed docuseries alongside HBO Max and Miramax. The revival series will spotlight female filmmakers who are given the opportunity to direct a feature film, and Rae will appear as a mentor. The completed film will then premiere on HBO Max. Project Greenlight originally ran for two seasons from 2001 to 2003 before moving to Bravo for its third season in 2005. It returned for a fourth season on HBO in 2015, but it was canceled a year later.

Rae has another comedy series in the works with HBO Max, only this one is titled Rap Sh*t and will follow two estranged high school friends from Miami who come together again to form a rap group. Casting is currently in the works and production is expected to begin this summer. Rae is writing the pilot and will also serve as executive producer.

The actress is teaming up with Dwayne Johnson for an HBO series centered on the creation of a backyard wrestling promotion. According to Variety, the show "focuses on Cassius Jones, a young dock worker and struggling pro-wrestler, who uses inherited life-insurance money for start-up cash and the deed to a shotgun house from his grandfather to start a hip-hop centric backyard wrestling empire in Houston's Third Ward (The Tre) with the help of his working-class family, neighbors, and friends." Johnson and Rae will both executive produce the series. A release date has yet to be announced.

Rae is returning to the big screen alongside Ashton Kutcher, Boyd Holbrook, Dove Cameron, and J. Smith-Cameron in B.J. Novak's upcoming Blumhouse thriller. The film, which follows a radio host's investigation into the murder of his girlfriend, marks Novak's directorial debut. A premiere date has not been announced yet.