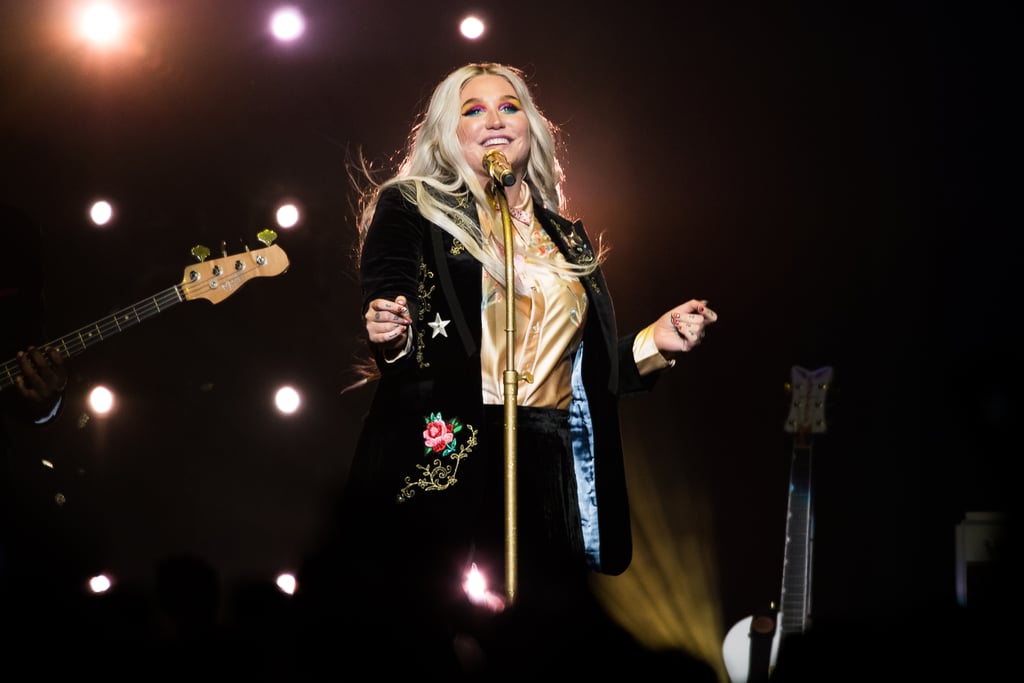 These 10 Kesha Performances Will Make You Laugh, Cry, and Dance

Kesha's journey to stardom has been anything but smooth. The singer first hit the airwaves a decade ago with her unpaid cameo on Flo Rida's hit "Right Round." Shortly after her debut on that track, the star released the now-infamous "Tik Tok" — a song that stayed at No. 4 on the charts for 42 weeks and in our collective mind much longer. Since then, Kesha has proved to be a singing and dancing queen on stage.

However, in 2015, the singer filed a lawsuit against record producer Dr. Luke, claiming he had emotionally and sexually abused her and manipulated her career. While Kesha dropped the suit in 2016, the trauma of the alleged abuse informs her music, particularly later releases such as the unflinchingly raw "Praying." With her brand-new album, High Road, expected to drop in December, let's take a journey back through 10 of Kesha's best live performances. Expect tears, laughter, and tunes.