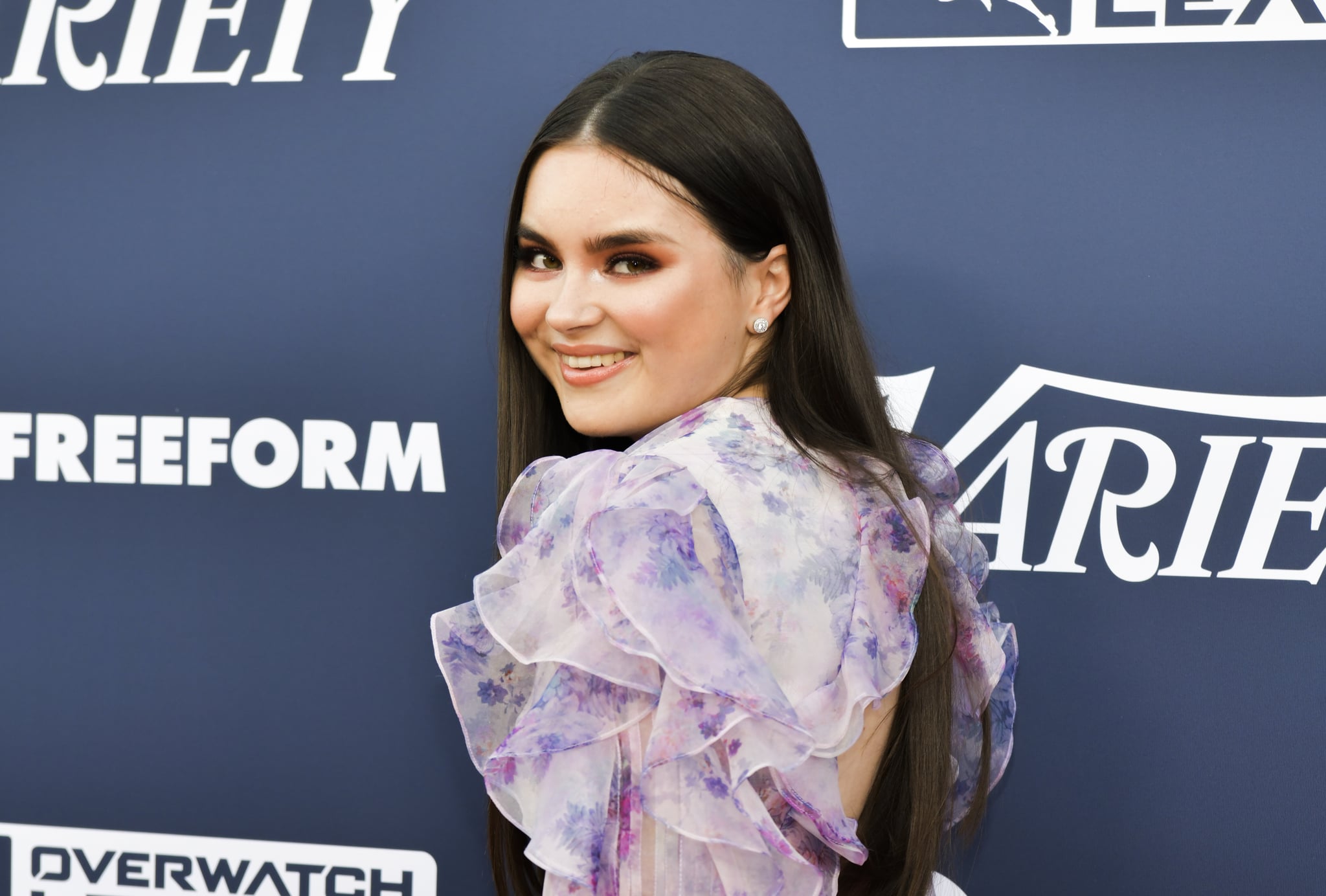 John Green is known for writing complex and sad stories about teenagers, and Looking For Alaska is no different. After years of waiting, the 2005 novel is finally being adapted for the small screen with Hulu's new miniseries, which premiered on Oct. 18. Though the show includes quite a few nods to the book, it also expands more on minor characters, including Chip's girlfriend Sara, played by Landry Bender.

We recently had a chance to talk with the 19-year-old actress and she dished on everything from her "crazy" audition process (She actually auditioned for two other characters originally!) to how the series shows a whole new side to her once "one-dimensional" character.

Related:
This Teen Drama Based on a John Green Novel Captures the "Firsts" of High School Almost Too Well

POPSUGAR: The adaptation of this book has been in the works for quite some time. What was the audition process like?

Landry Bender: It was really interesting. Our producers and showrunners have had this for 15 years, and they've been developing it, and my character was obviously really small in the book. I started auditioning for the show last October. I auditioned for Alaska and wasn't a fit for it, and then I auditioned for Lara, and I didn't work for that either. But our casting director, Patrick Rush, was like, "I want you to come back in for Sara. It's a role that they really want to expand on." So they reworked it during the auditioning process and made [the character] what she is in the series. I basically got cast a week before, so I flew into Louisiana for five months at the week's notice. It was crazy.

PS: Did you read the book before the audition?

LB: I did. I'd actually owned the book since I was about 15, but I just had never gotten around to reading it. I had read three of [John Green's] other books and was such a big fan of him and how he kind of shaped my teenage years in a way. I got around to reading it during the auditioning process and really, really connected with it.

PS: You mentioned you originally auditioned for Alaska and Lara. Was there a specific character that you felt really connected to when you were reading the books?

LB: Weirdly enough, I think Miles is the one I related to the most. Just having that first experience of getting out there into the world and exploring, and being young and innocent, but knowing that there's so much out there and that there's a lot you want to explore. I'm definitely outgoing and bubbly, but I think a lot of Miles's internal dialogue is similar to mine.

PS: For a while, the book was actually being considered for a film instead of a TV series. Why do you think that it works better as a show?

LB: I think some of the feedback I've been getting from people who have watched the show was that it almost watches like reading a novel, which is something I've never heard before. There's so much that the book covers, and a miniseries is a really cool concept. Because if it was a film, there isn't enough to cover, but if it's a series, you're almost going overboard. So it was a really nice eight-hour encapsulation of the novel itself. 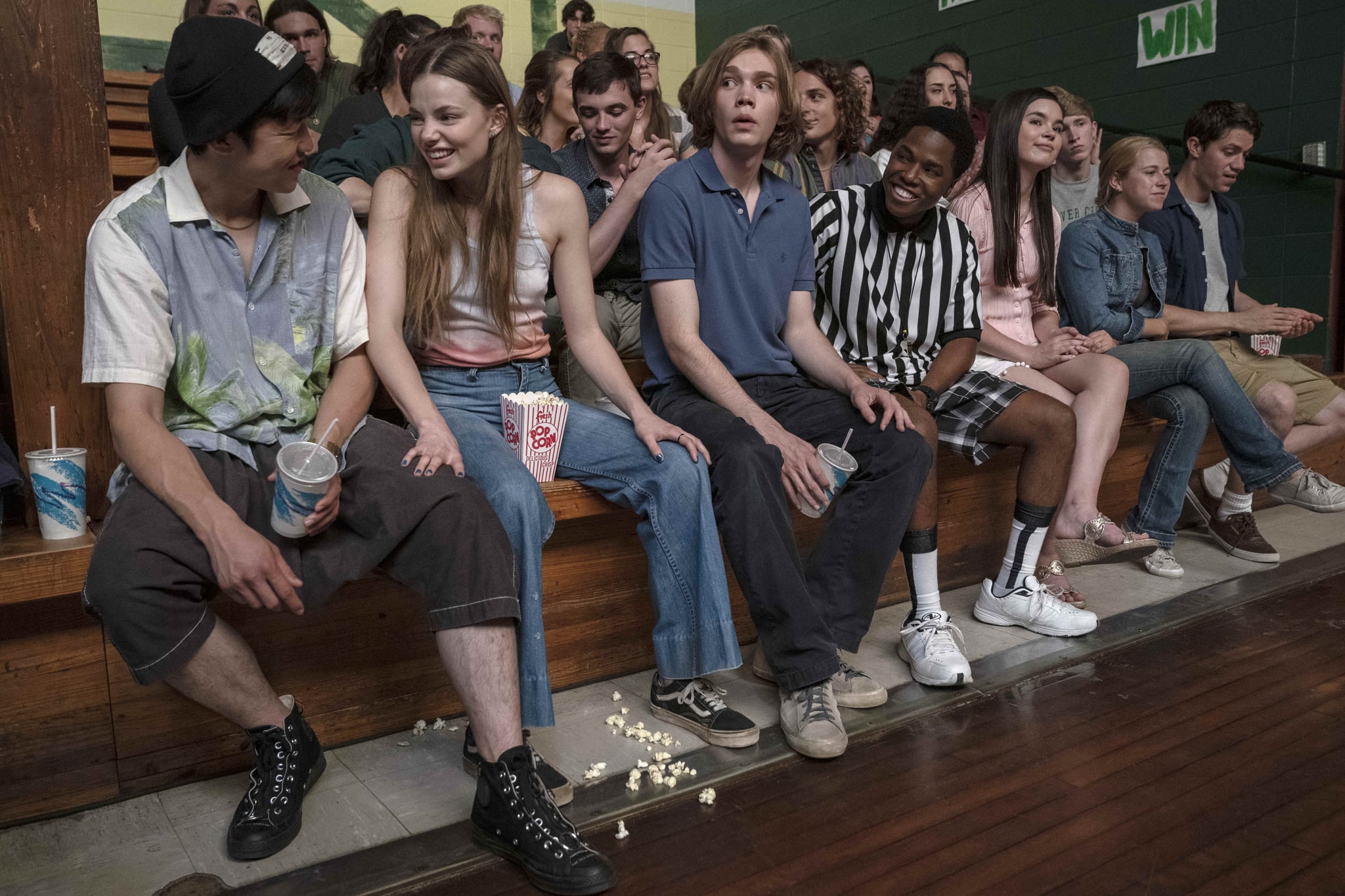 PS: One thing I found really interesting about the show is that it's actually set in 2005, like the year the book came out. What was the reason for doing that instead of having it set in modern day?

LB: First of all, they wanted to stay as true to the book as possible. But also, it's so different from where we are right now, but it's also so similar in the ways that teenagers communicate with each other and their depth. So they really wanted to be able to experiment with not having social media, and kind of being in this desolate environment of this boarding school and just having us talk on pay phones and figure things out. It was just a really cool way to do that. Plus, in a weird way, it's a period piece. So that was super fun to be in.

PS: The book's author, John Green, was also an executive producer for the series. Was he very hands-on during filming?

"[John Green] really trusted us with the story and handed it off to us in a way, which was a big honor."

LB: Yes and no. When a lot of us signed on, we got letters [from him]. I know Charlie [Plummer] and Kristine [Froseth] talked to him a few times and then he was there for shooting on and off. But he really trusted us with the story and handed it off to us in a way, which was a big honor. There were scenes that were very impactful to him that he flew in for and relived in a way from writing them. That was really trippy. It was an honor that he trusted [us] all so much.

PS: Did he give you any special feedback for your character or did you seek any advice from him about how to play Sara?

LB: When I first met him, he was on set for a very emotional day in the book and the show. I won't spoil anything, but it was the most vulnerable I've ever seen a person. So, we just shared the biggest hug and we talked a long time. That was an honor. It was more like, "Hey kid, you're doing great. Thank you for being a part of this," which is all I could have ever asked for. 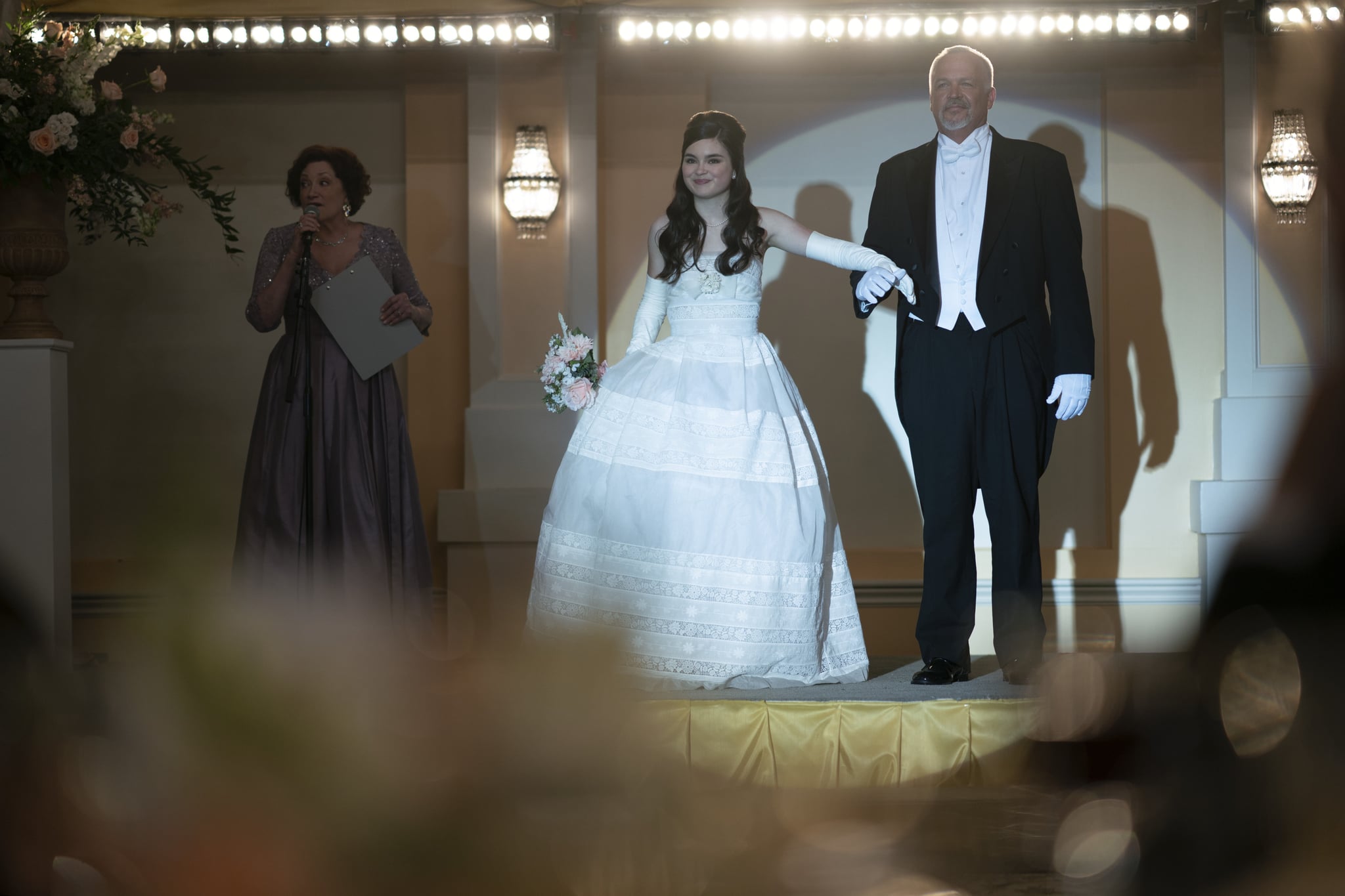 PS: In what ways would you say your character differs most from the books? How did you try to make the character your own?

"You see her flaws but also her depth. The way she was raised impacts how she treats other people."

LB: In the books she's definitely very one-dimensional, just because she's more talked about than even in certain parts of the books. So I was nervous about that going into [filming] because I definitely didn't want her to come across that way. But as the episodes go along you see her flaws but also her depth, and the things that make her up, and the fact that the way she was raised impacts how she treats other people. I was grateful that our producers wrote to that, and added more, and gave me the opportunity to expand on the kind of one-dimensional-ness of her character.

PS: Sara and Chip's relationship is very complex. Not only do they come from two very different backgrounds, but they also fight a lot. Even though they don't have a perfect relationship, they are both very hurt by their breakup. How do you think that plays into the story's main narrative of grief and loss?

LB: Denny [Love] and I really on the front-end wanted to make sure that you saw the love and care they had before the breakup happened, to the point where they added some stuff just to make sure that you saw that closeness between the two of them. But it's really interesting to see the dynamic of two people who have literally grown up with the exact opposite experience, but are mentally on such the same page.

So I think just as far as the grief and loss goes, those are two people who have shaped each other and will always care about each other, and maybe beyond the series it's not the end of the two of them together. But it was very much where they needed to be at that point in their lives. So as sad as it was, it's special, and I think that it's wise beyond their years in terms in their relationship. 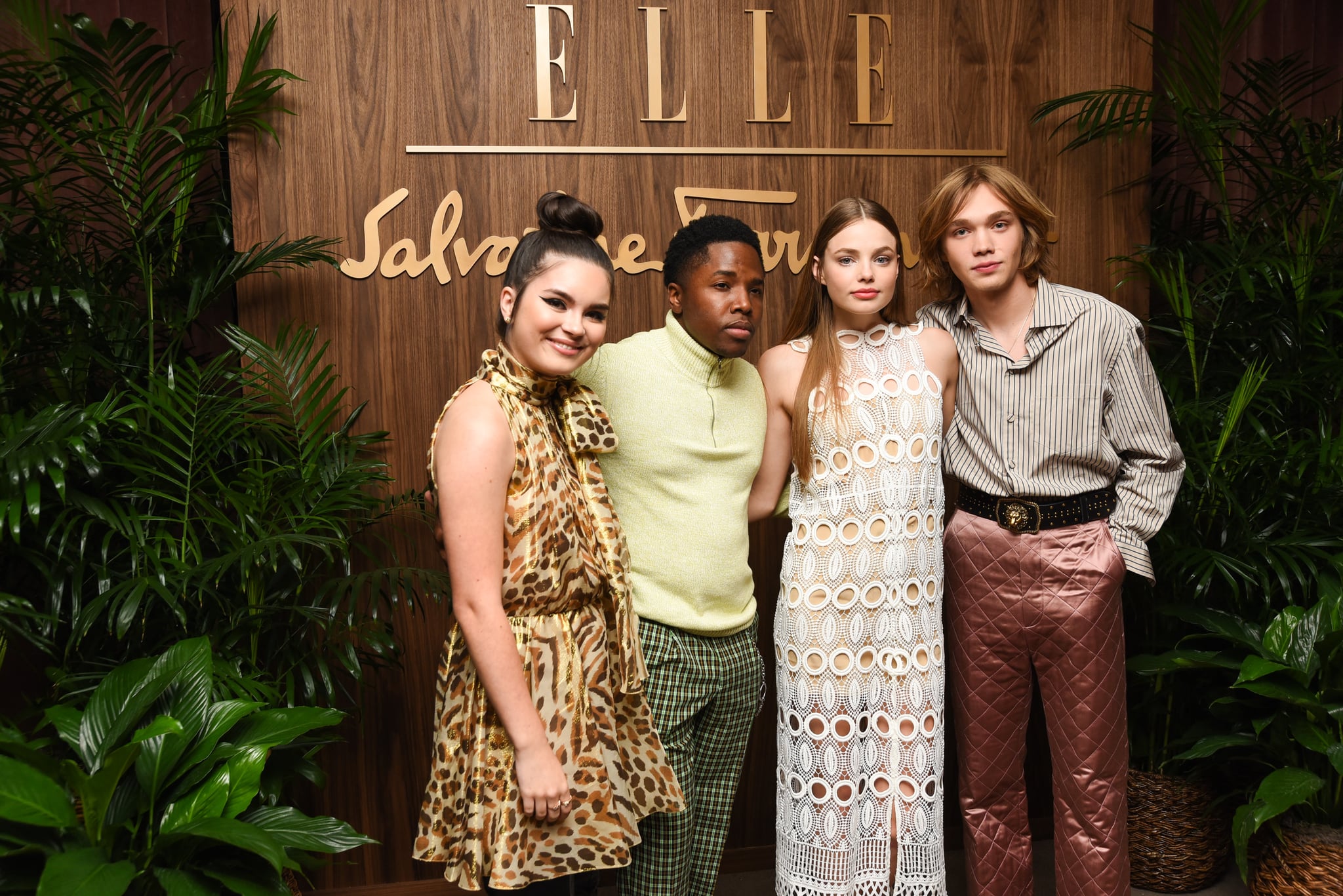 PS: What was your favorite part about working with Denny?

LB: Oh, gosh. It's crazy to me to think that it's the first thing he's ever done because his knack for comedic timing is unlike anything I've ever seen. He reminds me of a teenage Kevin Hart. Our first chemistry read it was just very easy on camera. I could not imagine anyone else playing that character.

PS: While Looking For Alaska is a miniseries, how do you think that the story would continue beyond the finale if it got picked up for another season?

LB: We've all talked about this a lot. I don't know the answer to that. I think this season definitely tells a really specific story. There are a lot of other angles and avenues to explore. I would leave that up to our producers and writers. I think it explores a group of really deep, layered kids. So there's a lot of ways you could go with that if they wanted to.