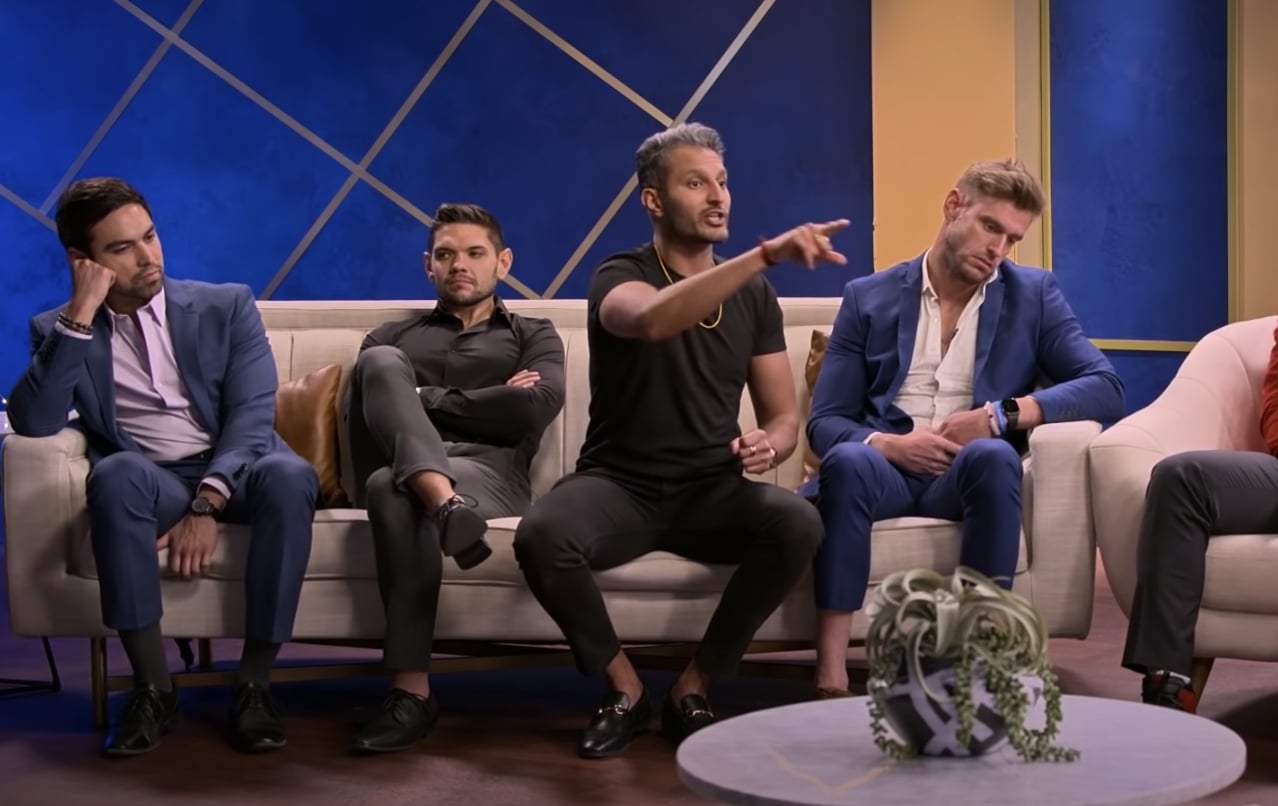 The "Love Is Blind" drama around controversial contestant Shake Chatterjee has shifted to a quarrel with cohost Nick Lachey following season two's conclusion. During the reunion episode, which premiered on March 4, Chatterjee doubled down on his preferences around physical attraction and revealed that he wasn't actually attracted to any of the women from the cast, with the exception of cohost and Nick's wife Vanessa Lachey.

"Listen, every woman here is beautiful," he said. "I think you're all beautiful. I'm not attracted to all of you. The point is it's not a choice . . . you don't choose; it's nature, baby. We're animals." The comment warranted a fiery response from Nick, who told the 33-year-old veterinarian, "No, you treat animals, we're human beings . . . Now I see why you don't treat human beings."

On March 7, Chatterjee called out Lachey in a now-deleted Instagram post for his remark about his profession. "Reunion summed up in a photo. You put a doctor on the show . . . of course you were going to see some critical thinking," Chatterjee wrote in a caption alongside a screenshot from the reunion special. "Speaking of which, @nicklachey you're a massive twat for your comment dragging vets. You do realize that becoming a veterinarian [is] considerably more difficult than becoming a human doc right?" He added: "Also consider learning how to be an impartial host before the season 3 reunion airs. Sorry I didn't play along with your narrative like the rest of these puppets. Say hi to @vanessalachey for me."

During the reunion, the Lacheys, as well as the rest of the cast, also confronted Chatterjee about his views of love being "blurry," telling him that he was "on the wrong dating show."

The controversy around Chatterjee stems from his relationship with contestant Deepti Vempati. The former couple made it down the aisle for their wedding in the "Love Is Blind" finale, but Vempati ultimately chose to break it off because she said she deserved someone who wished to marry her for who she is. On an episode of "The Viall Files," Vempati revealed that Chatterjee was open about feeling the lack of chemistry between the two, but she had no clue how much he insulted her behind her back to castmates. "I was so disappointed," she said. "Honestly, there are no words. And I'm pretty sure he got a good edit. I've heard from castmates that he said way worse. So that says something." See Chatterjee and Lachey's heated exchange from the reunion ahead.