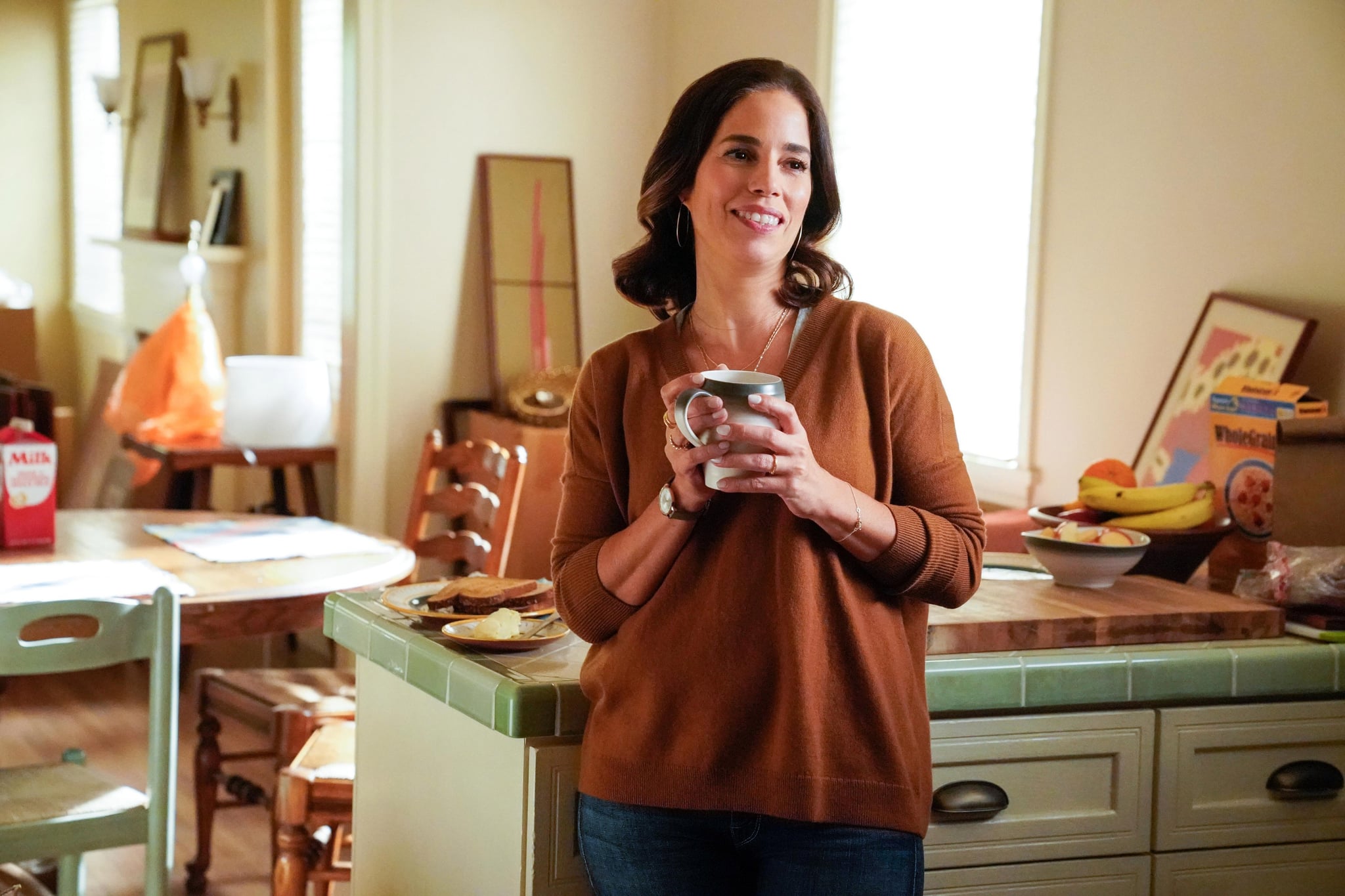 In the Hulu series Love, Victor, Victor (Michael Cimino), comes off as a cool and charming guy, and acts as the peacekeeper among his family. However, right away, we learn his chance to fully embrace this fresh start and to begin a journey into self-discovery could be hindered by his family. In his first of many messages to Simon (Nick Robinson), he writes, "Screw you. Screw you for having the world's most perfect, accepting parents. The world's most supportive friends. Because for some of us, it's not that easy."

It's established early on that Victor is closest to his religious mother Isabel (Ana Ortiz). Isabel constantly reminds Victor how lucky she is that he's her "rock" and whenever she prays for him she just says thank you. With a "religious parent and gay child" dynamic (see Glee or Pretty Little Liars), I was expecting for things to go south quickly, but as the relationship between Victor and Isabel unfolds, I was grateful that both characters experience growth.

For Ortiz, playing the mother to a gay son was already in her acting portfolio. Previously, she played Hilda Suarez, the hip, hairstyling mom to fashion-loving son, Justin Suarez (Mark Indelicato), in the show Ugly Betty. Throughout the series, which began in 2006 and ended in 2010, Hilda was fierce when it came to protecting her Justin, especially when someone took jabs at his identity.

ADVERTISEMENT
Related:
15 Books to Help You Better Understand and Support Your LGBTQIA+ Kid

Growing up queer, Hilda and Justin were the first mother-son duo on television that resonated with me. Seeing Hilda's unconditional love for Justin helped me feel comfortable to explore my sexuality. This is why I was ecstatic when I found out Ortiz was playing Victor's mother. I'd be lying if I didn't say I expected to be overwhelmed with nostalgic flashbacks of Hilda and Justin's relationship, but there are stark differences between that relationship and the relationship between Isabel and Victor.

"With Hilda and Justin, it was such a different dynamic," Ortiz said, in an interview with Elle. "She was so proud of him and would bust anybody's butt who tried to make him feel less than because he was gay. She wanted him to have a life where he felt confident and safe. Isabel is totally the opposite. It's really interesting playing that flip of the same coin: a mother who's madly in love with her kids, who's a very good parent, but there's limitations — or so it seems, right? We don't know how [the show is] going to end up dealing with [Victor coming out]."

Although Hilda and Isabel share a common love of family, it's Isabel's religious beliefs that leave us wondering how Isabel will react and whether family is indeed the most important thing. As [Ortiz] said, there are so many unknowns, but there are instances that point to hope. 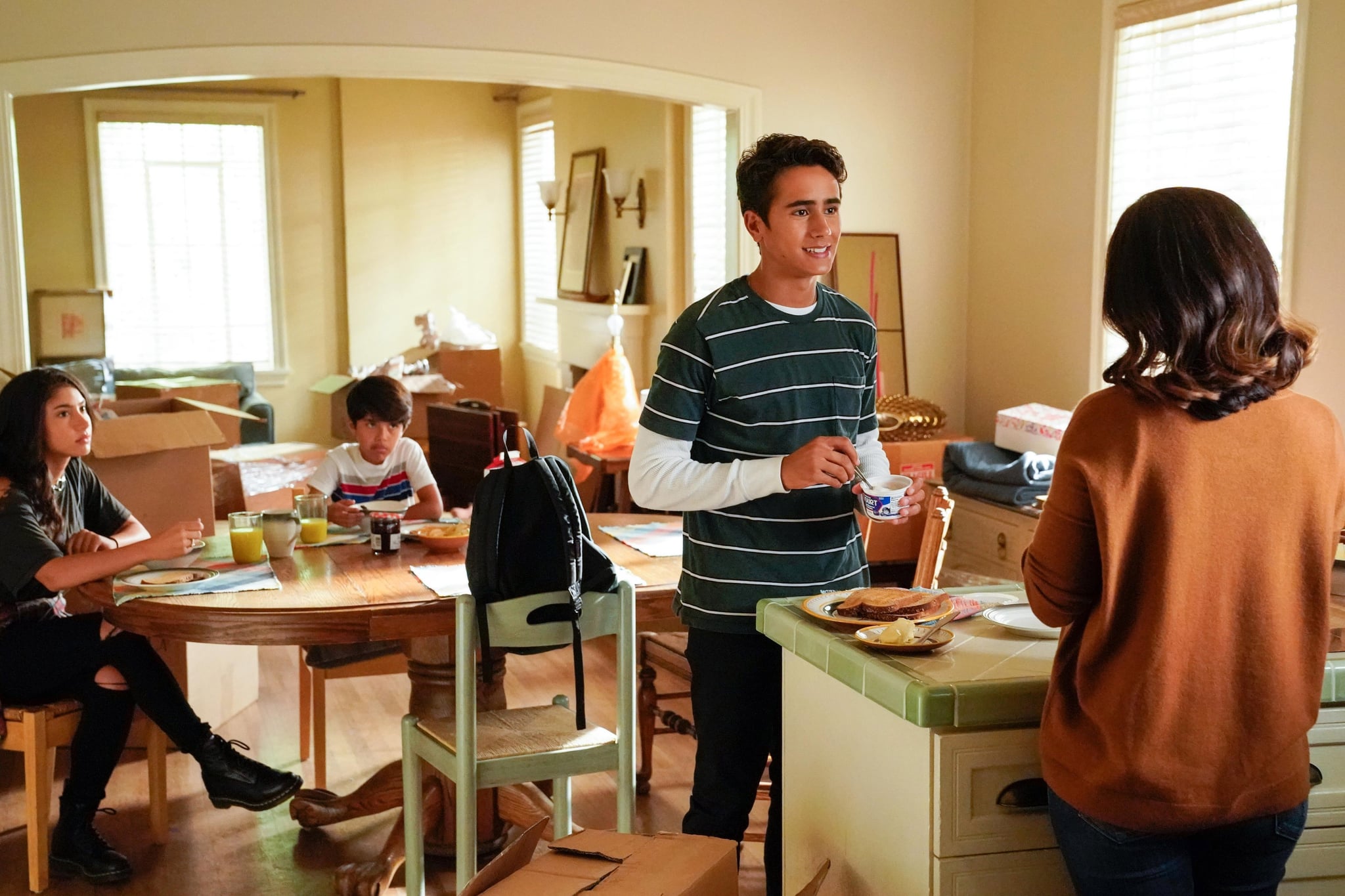 It's unclear what Victor's parents think of people who are gay, until episode five. During Victor's sweet sixteen party, his grandfather (Juan Carlos Cantu) asks him to tell his friends, Benji and his boyfriend Derek, not to kiss in front of him. This causes Victor to stand up to his grandparents and call them out for having a problem with his friends being gay. As Victor's family gathers in the living room, there's a hint of hope that maybe his parents are OK with people who are gay when they stand by Victor and his words.

"I raised him to be true to himself, and to stand up for the people that he cares about," Isabel says to Victor's grandmother.

Victor is always there for his mom, whether he's de-escalating a fight between his mom and his sister, Pilar, or helping her replace the tres leches cake, he always has her back. And so, for me, watching this scene play out was a defining moment for me as a gay man and being lucky to have a mother who supports who I am. It showed how Isabel was going to stand by her child no matter what even if he was advocating for something she maybe didn't believe in. It also affirms that Isabel will always have Victor's back the way he does for her.

At the beginning of the show, pun-wizard Isabel is the kind of mom who's bad with technology and cheers Victor on at basketball games. To Victor, she can do no wrong. But throughout the series, Victor's view of his mom is tested when he finds out she's cheated on his dad with his boss.

"I love how close we are Victor," she says. "What you and I have is special. And I really hope that what I did . . . I just . . . I hope it hasn't changed us." Of course, Victor still loves his mom, but admits he doesn't want to talk about the affair and doesn't think he ever will. Over time, however, Victor does grow closer again to his mother.

The season closes with Victor telling his family that he's gay. In a perfect world, the bond Isabel and Victor have will be strong enough for Isabel to put her other views aside and be loving and supportive, but until we get a second season, we won't know. Personally, looking at the family's way of solving problems by avoiding them and not talking about them is how I anticipate Isabel reacting to the news that Victor's gay. However, over time I hope she's able to accept Victor for who he is and move on the way he so graciously does for her.

Hulu
PEN15's Season 2 Trailer Is Here, and — Deep Breaths — It's So Wonderfully Awkward
by Maggie Panos 2 days ago