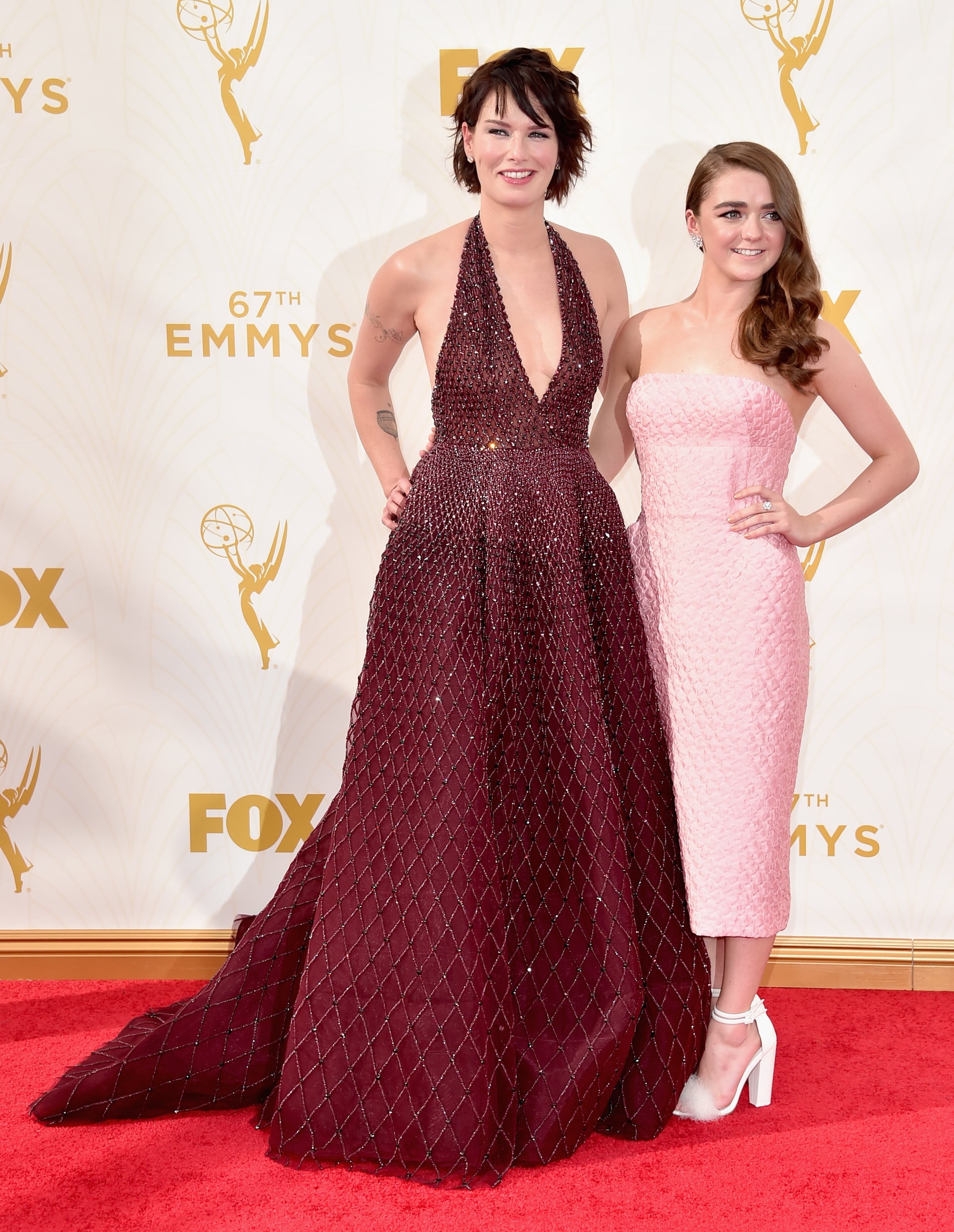 Maisie Williams and Lena Headey may be onscreen enemies, but the former Game of Thrones costars are such good friends IRL that they're working on a second music video collab together. So, please excuse me. I need a minute to process Arya Stark and Cersei Lannister doing literally anything together that doesn't end in hot-blooded murder.

In an Instagram post on Monday, Headey teased that she'll be directing a music video starring Williams for French DJ Madeon. While Headey didn't go into detail about the plot of the video, she did share some highly intriguing photos from the shoot, including a picture of a blood-spattered Williams that's giving me major Arya Stark vibes.

This video would mark the second time Headey has directed Williams in a music video, following their collaboration on Freya Ridings's "You Mean the World to Me." Williams also starred in the music video for Seafret's "Oceans," while Headey has appeared in Kasabian's "III Ray (The King)."

Williams and Headey didn't share any onscreen scenes together after season one of Thrones, but this video is proof that their friendship has stayed strong. Here's hoping the video is released soon, and we can't wait to see many more collaborations — musical or otherwise — between all of the Game of Thrones cast in the near future. See a few photos of Williams and Headey on set for the upcoming Madeon video ahead.

TV
10 Projects Coming to the DCU, Including Superman, Batman, and Robin
by Victoria Edel 32 minutes ago

by Amanda Prahl 42 minutes ago