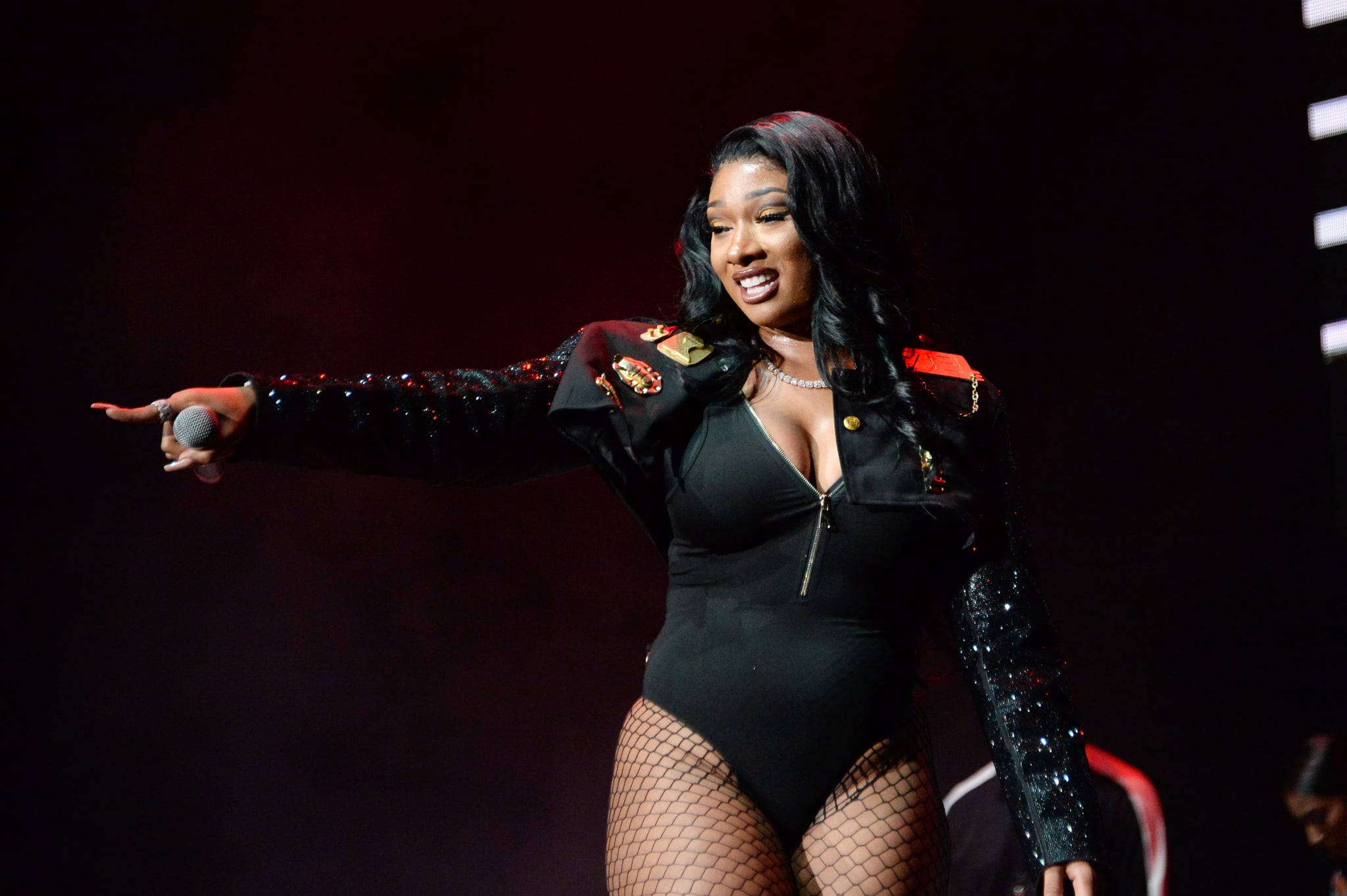 Megan Thee Stallion is officially a Grammy nominee! On Tuesday, the Recording Academy unveiled the list of artists nominated for Grammys this year, and the rapper made a clean sweep. Not only is she up for best new artist, but she is also nominated for best rap song, best rap performance, and record of the year for "Savage" featuring Beyoncé. Since Megan helped unveil the nominations during the Grammys live stream, we were also delighted with her reaction in real time. "What? Who me?" she said excitedly in the video. Following the announcement, she celebrated the nomination and her fans' support by sending money to them through Cash App.

The exciting news comes fresh off the release of Megan's debut studio album, Good News. In addition to featuring her now Grammy-nominated hit "Savage," it also includes her latest single, "Body." If the fan response to the album is any indication, something tells us Megan will be raking in even more Grammy nominations this time next year! See Megan's cute reaction to her nomination at the 41:12 mark above.