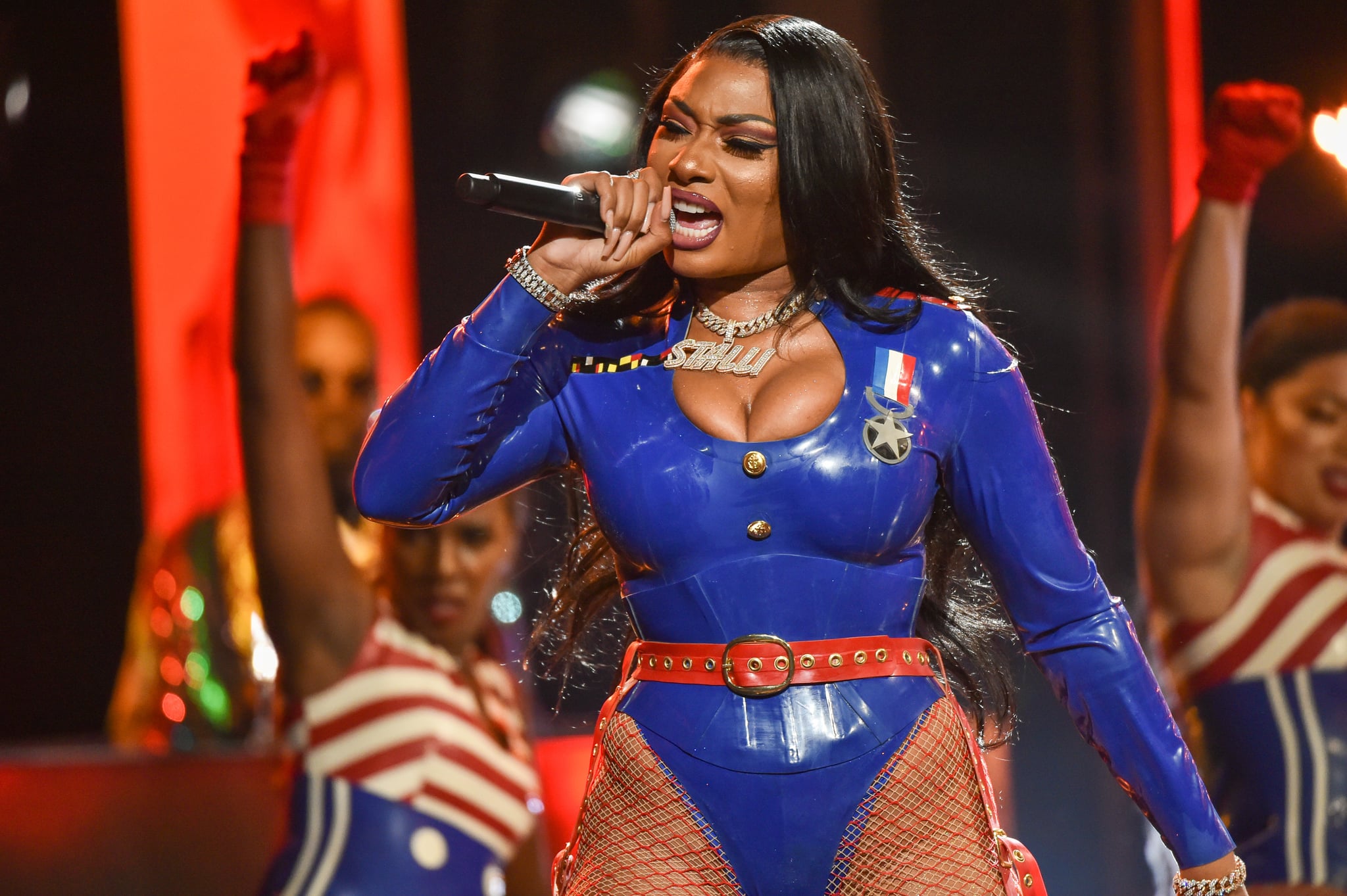 This year's MTV Video Music Awards nominations are officially in, and it's making us even more excited about the show! Lady Gaga and Ariana Grande are leading the pack of nominees with nine nods each thanks in large part to their instant club collaboration "Rain on Me," followed by Billie Eilish and The Weeknd with six nominations each. Not only does this year's list of nominees have two pandemic-specific categories (best music video from home and best quarantine performance), but it also has a couple of history-makers: Eilish is the first artist in VMAs history to nab two video of the year nominations while still in their teens, and Grande is the first artist to be nominated for video of the year three years in a row since Beyoncé's run from 2014 to 2016, just to name a couple. Plus, Keke Palmer is set to host and there are a handful of star-studded performances lined up, so you know it's going to be a big night! Who will take home a Moon Person this year? Tune in on Aug. 30 to find out!

VIDEO OF THE YEAR
"Everything I Wanted" by Billie Eilish
"Godzilla" by Eminem feat. Juice Wrld
"Life Is Good" by Future feat. Drake
"Rain on Me" by Lady Gaga with Ariana Grande
"The Man" by Taylor Swift
"Blinding Lights" by The Weeknd

BEST POP
"On" by BTS
"You Should Be Sad" by Halsey
"What a Man Gotta Do" by Jonas Brothers
"Intentions" by Justin Bieber feat. Quavo
"Rain on Me" by Lady Gaga with Ariana Grande
"Lover" by Taylor Swift

BEST R&B
"Underdog" by Alicia Keys
"Do It" by Chloe x Halle
"Slide" by H.E.R. feat. YG
"Eleven" by Khalid feat. Summer Walker
"Cuz I Love You" by Lizzo
"Blinding Lights" by The Weeknd

BEST ROCK
"Happy Days" by Blink-182
"Orphans" by Coldplay
"Wasted on You" by Evanescence
"Dear Future Self (Hands Up)" by Fall Out Boy feat. Wyclef Jean
"Oh Yeah!" by Green Day
"Caution" by The Killers

VIDEO FOR GOOD
"Lockdown" by Anderson .Paak
"All the Good Girls Go to Hell" by Billie Eilish
"I Love Me" by Demi Lovato
"I Can't Breathe" by H.E.R.
"The Bigger Picture" by Lil Baby
"The Man" by Taylor Swift

STARZ
"P-Valley"'s Katori Hall on the Spectacle of Season 2: "Everybody Can Clock That the Show Is Good"
by Njera Perkins 15 hours ago

Pretty Little Liars
Did You Catch That "PLL" Character Cameo in "PLL: Original Sin"? How It Fits into "PLL"'s Timeline
by Grace Orriss 21 hours ago