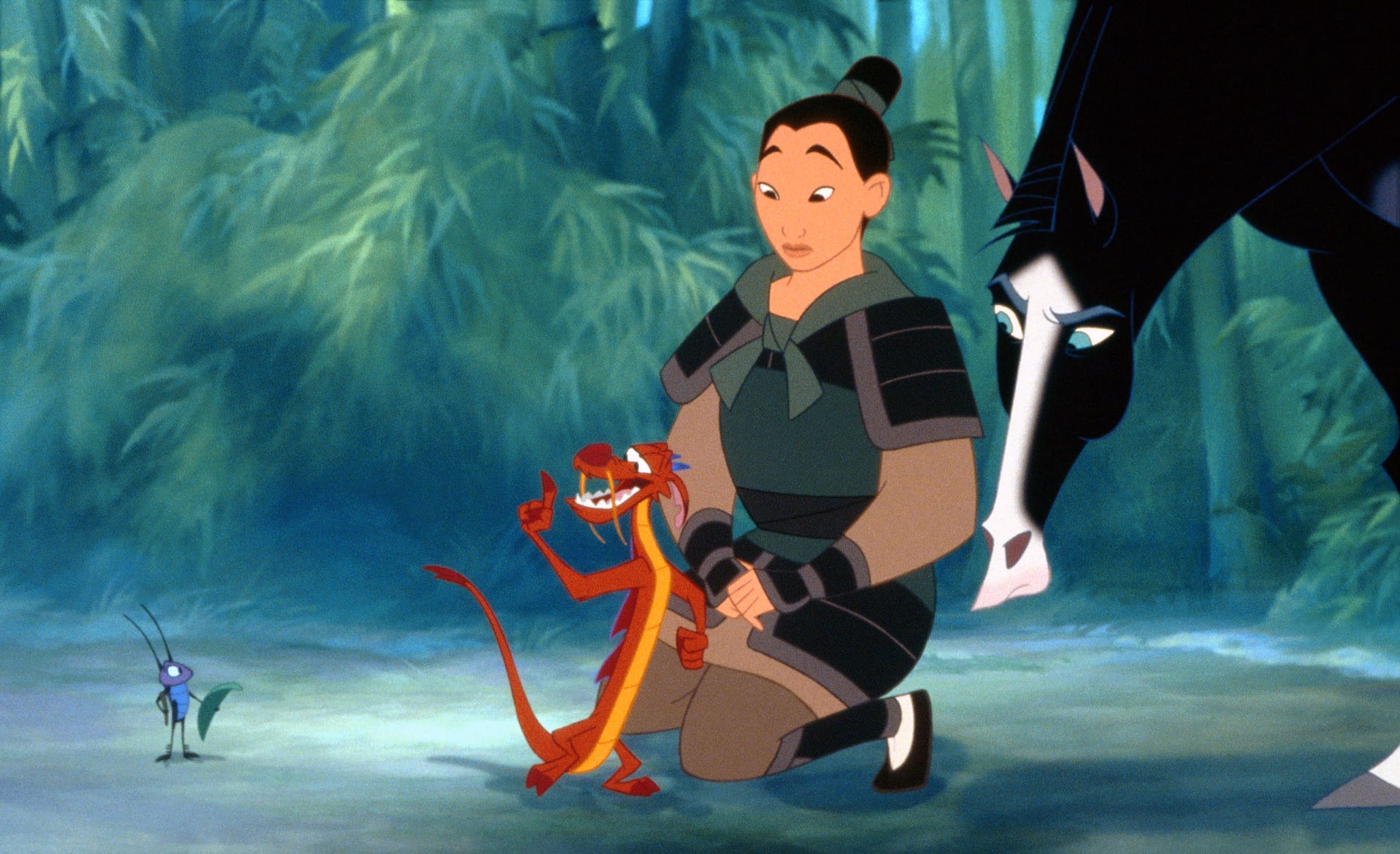 For 22 years, Mulan has been my favorite Disney princess. She's a badass who risked her life to protect her family and ended up saving all of China despite the odds fighting against her. Her strength, courage, and determination have been a source of inspiration for me since I was a toddler, and I still love watching her take on the Huns on the occasional Saturday afternoon. With the release of the 2020 live-action Mulan reboot on Sept. 4, I couldn't help but revisit the original film and revel in the beauty of this animated Disney classic for the hundredth time. But, even two decades later, there are still questions about this amazing movie that pop into my head every now and then. Namely, why couldn't Mushu awaken the Great Stone Dragon at the beginning of the film? After a little bit of digging, I think I've found the answer.

"During the scene when Mulan decides to go to war instead of her father, she decides to do it while sitting on the foot of the Great Stone Dragon."

Like many other viewers, I always assumed this was just a necessary plot point to get Mushu in on the action. But then I began to wonder why the family's most powerful guardian couldn't help Mulan on a journey that the rest of the ancestors deemed too dangerous to embark on alone. Apparently, I'm not the only one who thought this. In a post shared to Tumblr in 2014, deactivated user sansaspark theorized that the Great Stone Dragon didn't remain dormant at all; in fact, it was already awake because Mulan is the Great Stone Dragon! After appreciating that my mind had been blown for five full minutes, I came to realize that there are a lot of other clues throughout the film that point to this theory making a lot of sense.

Related:
What to Know About Mulan Before Watching It With Your Kids (Which You Should Do!)

"During the scene when Mulan decides to go to war instead of her father, she decides to do it while sitting on the foot of the Great Stone Dragon," sansaspark wrote. "The image of the dragon looking over Mulan is repeated several times throughout the sequence, and the bolts of lightning strike at significant times whenever the dragon is in sight." The Tumblr user also added that the Great Stone Dragon can be seen in the background when Mulan takes her father's scroll and when she goes to the temple to pray to her ancestors before leaving for battle. Additionally, there is a dragon engraved on the sword Mulan uses when she famously slices off her hair, and the handles of the wardrobe where her father keeps his armor are in the shape of dragon heads.

While dragons do play a large part in Chinese art and culture, it's clear that the animators of the film were using these dragons as a storytelling technique. They symbolize Mulan as the protector of her family, a pillar of strength, and they foreshadow her eventual success at the end of the film. She risks her life to save her father, puts herself in mortal peril to stop the Huns, and doesn't let those who look down on her get in her way. She's a true leader and a hero, making her the character most worthy of embodying the spirit of the Great Stone Dragon. Also, the fact that Mushu is a dragon may be a nod to the fact that, while Mulan is a mighty force on her own, she requires a little bit of guidance to be whole and achieve her goals. Ultimately, this would mean that Mushu couldn't awaken the Great Stone Dragon because it was awake all along. In this way, Mulan and the spirit of the Great Stone Dragon are one and the same, and that's just one more reason I'm proud to call this rebellious Disney princess my favorite.