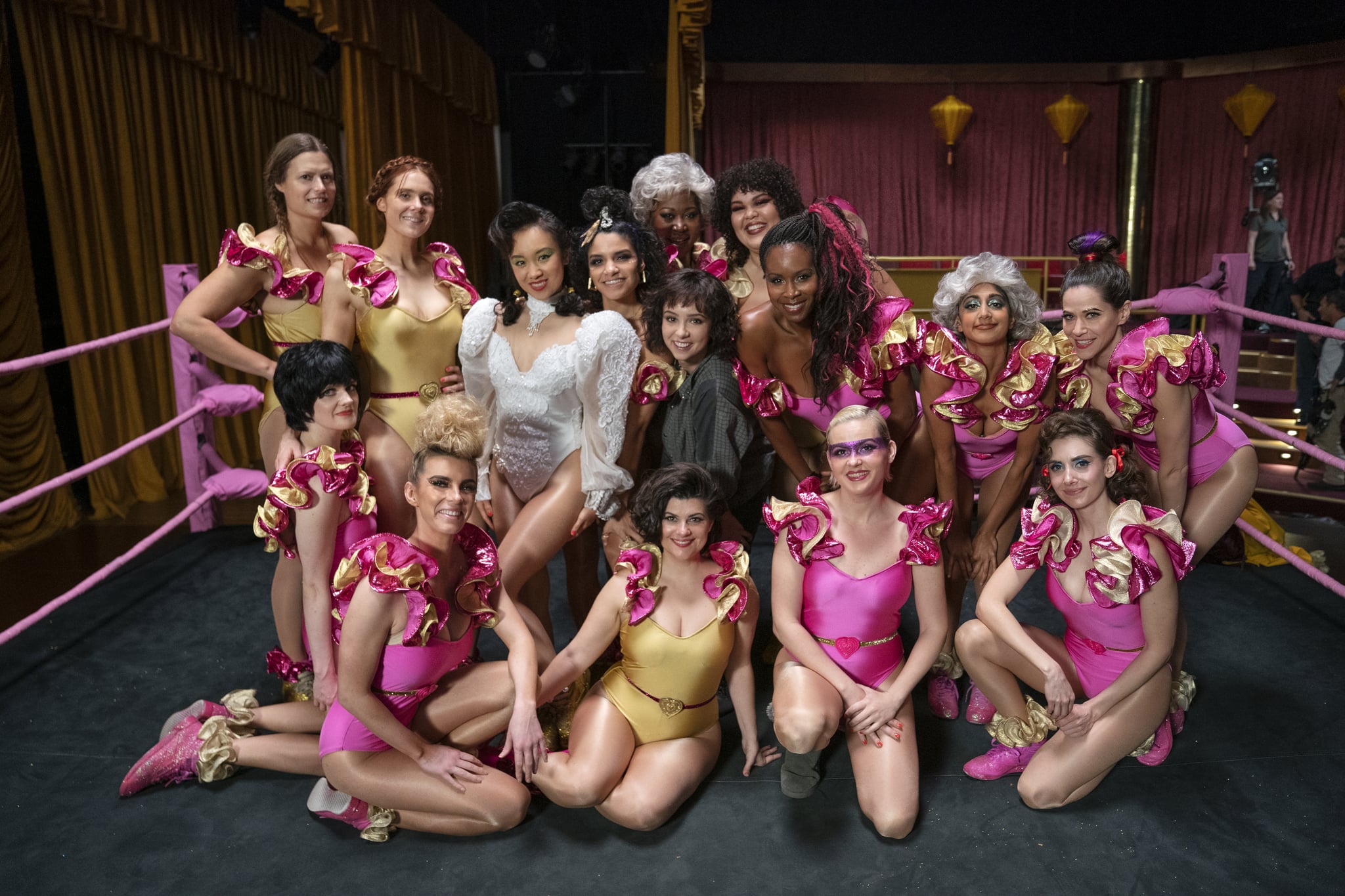 If you were hoping to see where season four would take the Gorgeous Ladies of Wrestling, you'll have to use your imagination, as GLOW's fourth season has been canceled by Netflix. "Netflix has decided not to finish filming the final season of GLOW," series creators Liz Flahive and Carly Mensch said in a statement to Deadline on Oct. 2. "There's a lot of sh*tty things happening in the world that are much bigger than this right now. But it still sucks that we don't get to see these 15 women in a frame together again." The show, which was initially renewed for a fourth season in August 2019, was already three weeks into filming when production was halted due to the pandemic in March. They had finished filming episode one and were beginning filming the second episode.

The size of the ensemble and the Los Angeles location proved to be difficult obstacles to overcome when it came to ensuring a safe production amid COVID-19 restrictions. "We've made the difficult decision not to do a fourth season of GLOW due to COVID-19, which makes shooting this physically intimate show with its large ensemble cast especially challenging," Netflix said in a statement to Deadline. This is the third Netflix show, behind The Society and I Am Not Okay With This, to have its revoked due to the pandemic.