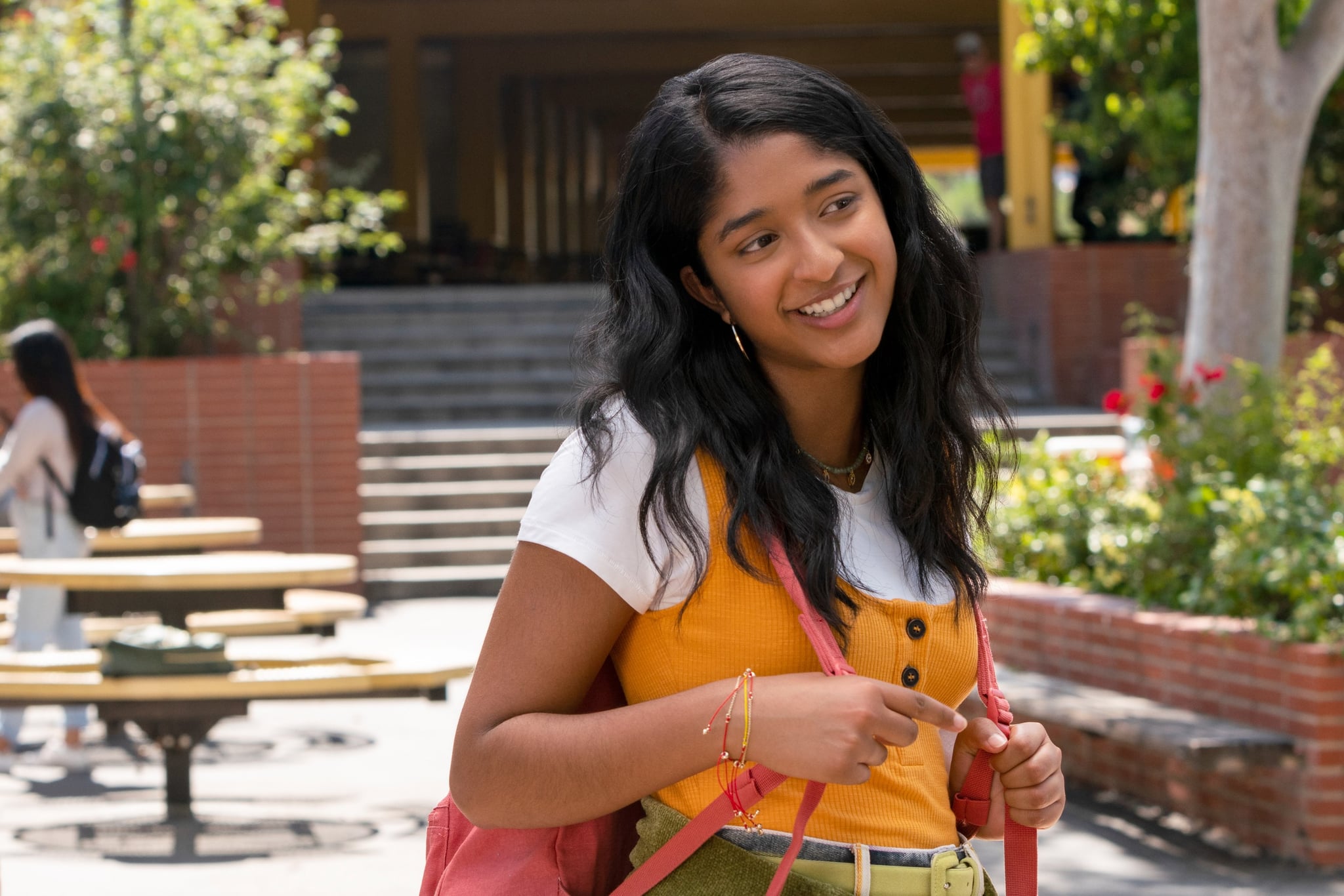 Maitreyi Ramakrishnan is going from TV star to leading lady. After rising to superstardom with Never Have I Ever, the 19-year-old has booked her first film role with The Netherfield Girls. The Netflix film will be a "fresh and contemporary" take on Jane Austen's Pride and Prejudice and is already being compared to iconic literary adaptations like Emma Stone's Easy A, which was inspired by The Scarlet Letter, and Julia Stiles's 10 Things I Hate About You, which was based on William Shakespeare's The Taming of the Shrew. Based on that description alone, we are already on board.

Ramakrishnan is set to play the film's main character, Lizzie Bennet, who is the the protagonist of Austen's 1813 novel. Becca Gleason is also set to direct from an original script she wrote. The film isn't the only Austen remake Netflix has in the works. It's also adapting Persuasion with Dakota Johnson, Henry Golding, and Cosmo Jarvis. From Ramakrishnan's comedic acting chops to the film's intriguing description, the upcoming film has all the makings of being this generation's next big classic literature adaptation.