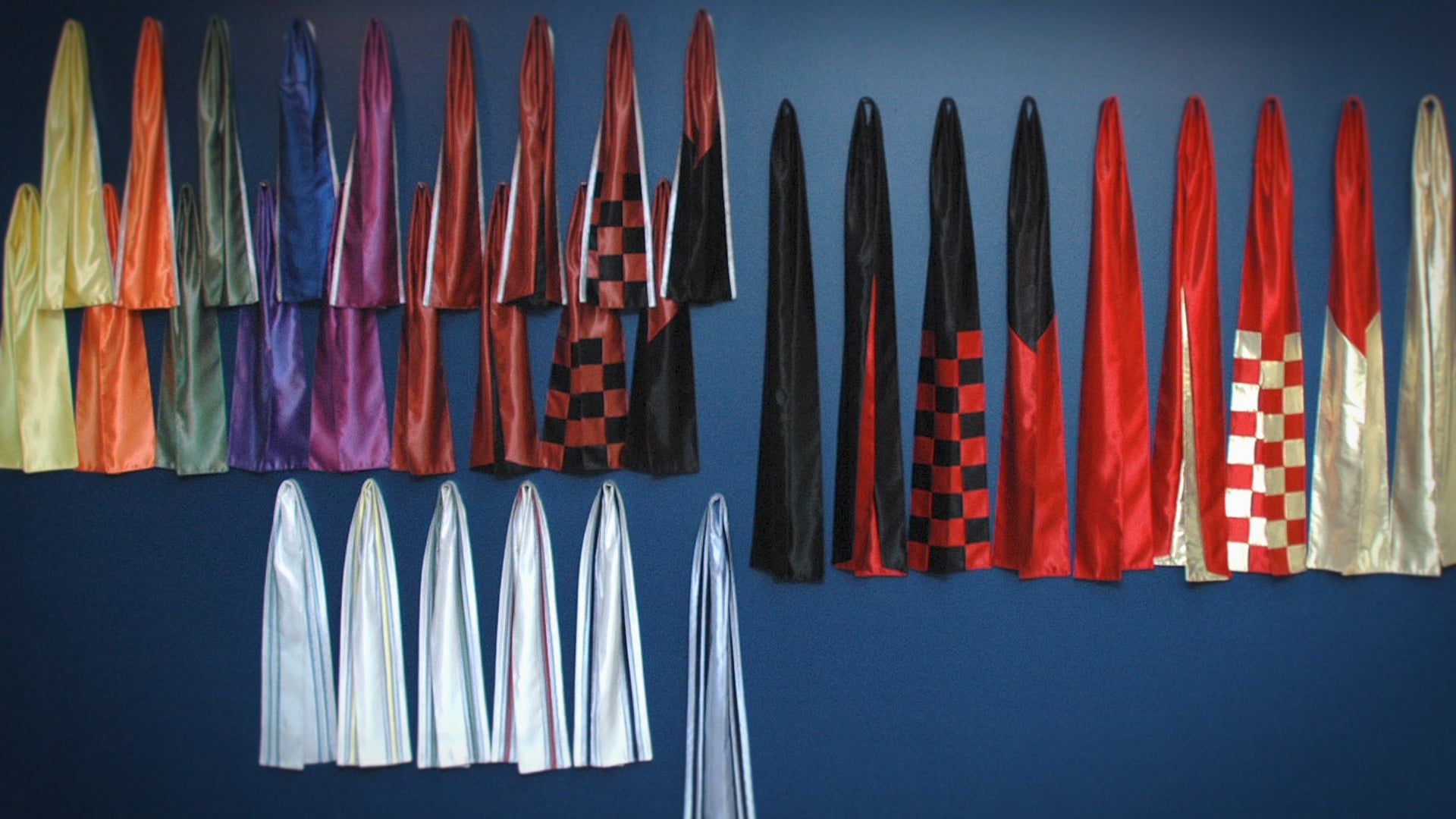 In NXIVM, the self-help and self-discovery organization that was later exposed as a sex-trafficking ring, members wore colored sashes around their necks to denote rank, which is touched on in HBO's documentary The Vow. When entering the program, students start out with a white sash that shows they're students, and as they're promoted, they earn stripes on their sashes before moving up to a new color. The "stripe path" was what they referred to this as, as you had to earn four stripes on your sash before progressing to the next level.

The process for moving up in rank was up to leader Keith Raniere (who wore a white sash and considered himself a student), but it generally involved taking more classes (and paying more money) and recruiting new members. Frank Parlato, who once worked for NXIVM before helping expose the group, compiled a firsthand account of the sash color system for Art Voice.