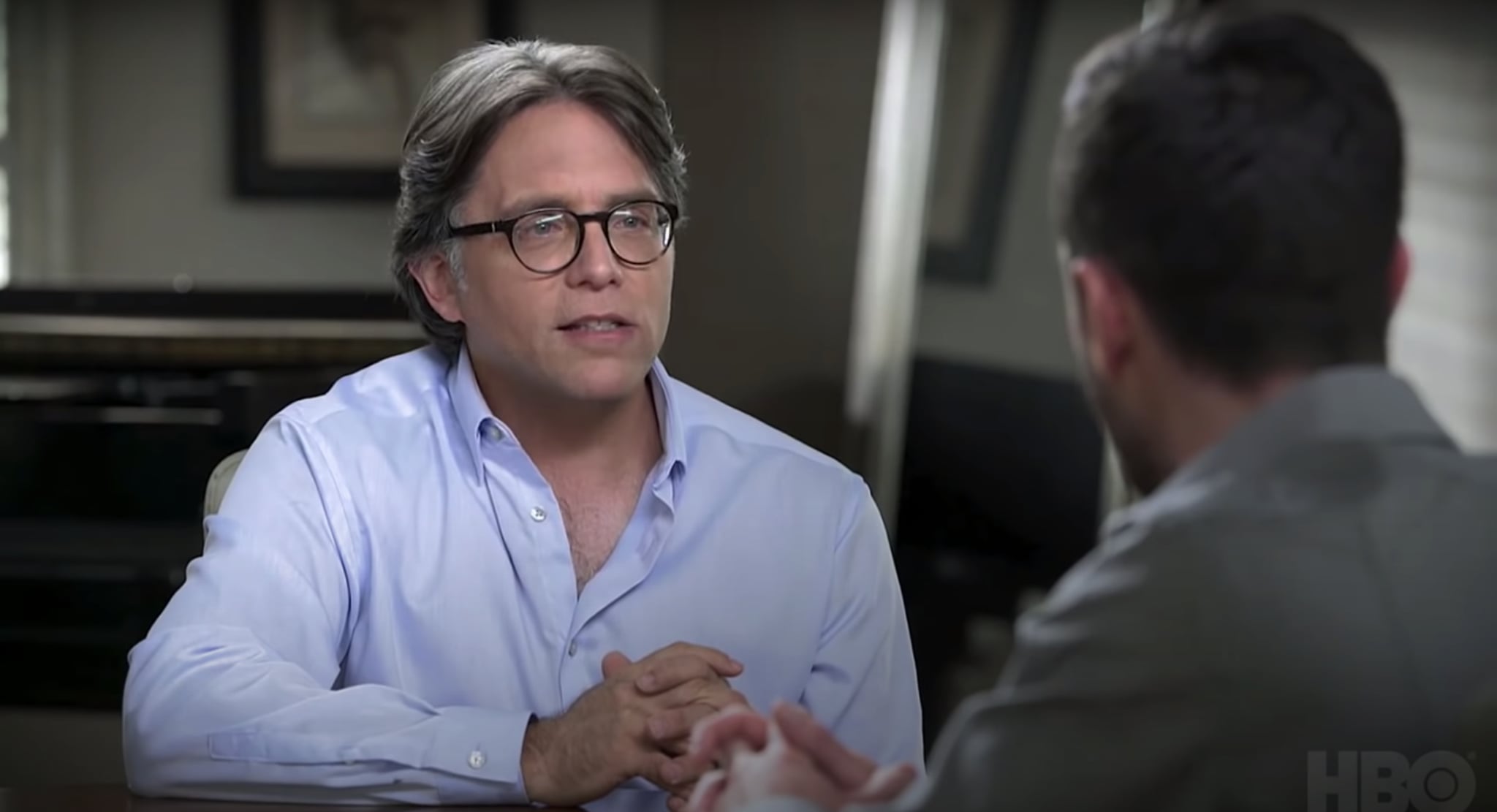 HBO's documentary, The Vow, explores the shocking and creepy world of the cult-like group NXIVM and its founder, Keith Raniere. Where is Raniere now, you might want to know? Following the exposure of NXIVM's more horrifying practices, Raniere is finally paying the price for his crimes, although what that price is has yet to be officially determined.

NXIVM was originally founded by Raniere and Nancy Salzman in the 1990s and marketed as a business-coaching and self-help company (although it was criticized, even early on, as a potential pyramid scheme). A 2017 New York Times investigation revealed the depths of horrifying things happening under the cover of the "self-help" program, particularly in a supersecret subgroup dubbed "DOS." Victims were told they were being initiated into an empowering sorority, but what really happened was more like a cult: they were forced to give up compromising material such as nude photos as collateral that would be released if they revealed the group's existence.

Several women who escaped detailed to The New York Times how Raniere "taught" about what he claimed were weaknesses "common to women — an overemotional nature, a failure to keep promises and an embrace of the role of victim." To overcome those, he claimed, they had to form a twisted pyramid of submission, being recruited as "slaves" and in turn recruiting others to carry out tasks and face severe punishments for disobedience, all eventually answerable to Raniere, called the "Vanguard." At the peak of their initiation, the members reported, they were ritualistically branded with a mark that represented Raniere's initials and the initials of his second-in-command, Smallville actress Allison Mack.

The 2017 report wasn't the first investigation into NXIVM and Raniere; it just happened to be the one that stuck. Raniere and his company faced a slew of questions and lawsuits, including accusations of being a pyramid scheme, starting in the early 2000s. In one 2010 court appearance, former NXIVM trainer Susan Dones testified that Raniere was preying on his students, manipulating them into sexual relationships, and taking their money to fund his gambling and his attacks on "enemies" of the group, according to the Times Union.

In March 2018, Raniere was arrested on several charges, mostly relating to DOS, including racketeering, sex trafficking, and forced labor conspiracy. "Keith Raniere created a secret society of women whom he had sex with and branded with his initials, coercing them with the threat of releasing their highly personal information and taking their assets," US Attorney for the Eastern District of New York Richard Donoghue said in a statement, as reported by Newsweek at the time. Several others affiliated with NXIVM, including Mack and cofounder Nancy Salzman, were also indicted soon after; many of them took plea deals and agreed to testify against Raniere.

Raniere's trial took place in May and June 2019. He was convicted on all seven of the charges brought, and he faces a potential life sentence. However, that sentencing has taken much longer than expected. After several delays, including the shutdown of courtrooms due to the coronavirus pandemic, Raniere's sentencing has finally been set for Oct. 27, Forbes reported. He is currently being held at the Metropolitan Detention Center in Brooklyn, where he will remain until sentencing.