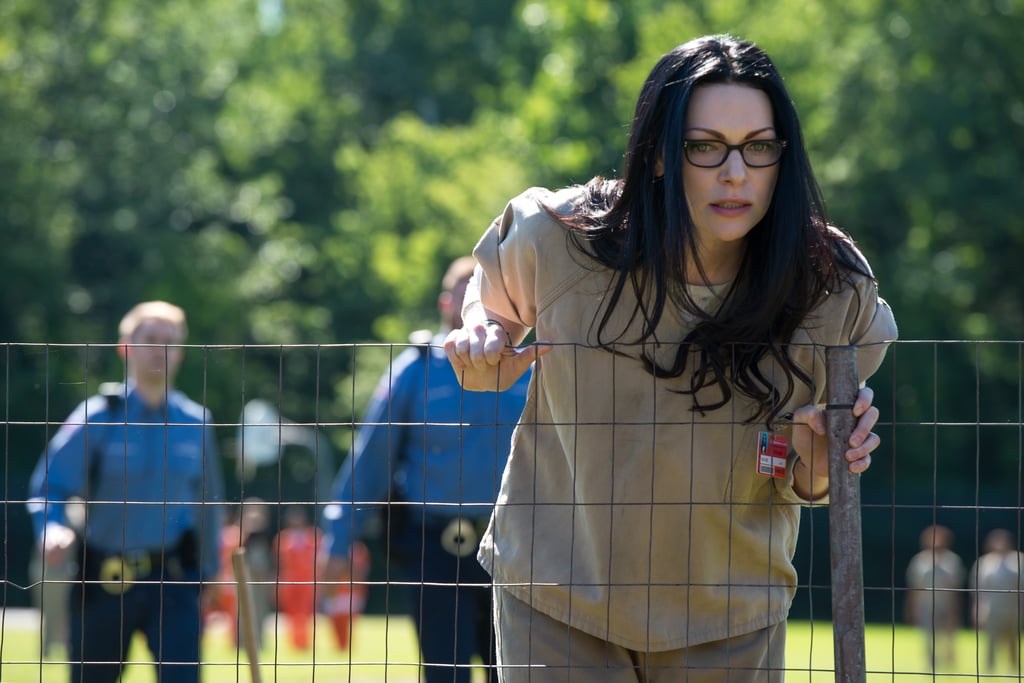 We're dying to know what happens to Alex after season three's giant cliffhanger. "What's cool is season four actually picks up right where season three left off," Prepon told Entertainment Weekly in January. "So it's literally, it continues five seconds later, which is really great because at the end of last season . . . I was in the greenhouse, and there was all this craziness going on and it's awesome." Prepon also confirmed that we'll see more backstories on the new season, and delved a little bit into the future of Alex and Piper's relationship: "They love each other and they hate each other, and it's frustrating and passionate, but there's definitely some vindication there, for sure. Piper thought she was crazy all season, but she wasn't."

Camila Mendes
If Hollywood Won't Create Content For the Latinx Community, Camila Mendes Will Do It Herself
by Kelsie Gibson 16 hours ago

Netflix
Uh, Did We Completely Miss This Obvious Murder in You Season 2?
by Stacey Nguyen 21 hours ago

Netflix
Want to Keep Up With the Stars of Netflix's Cheer on Social Media? Here's a Handy List
by Amanda Prahl 22 hours ago