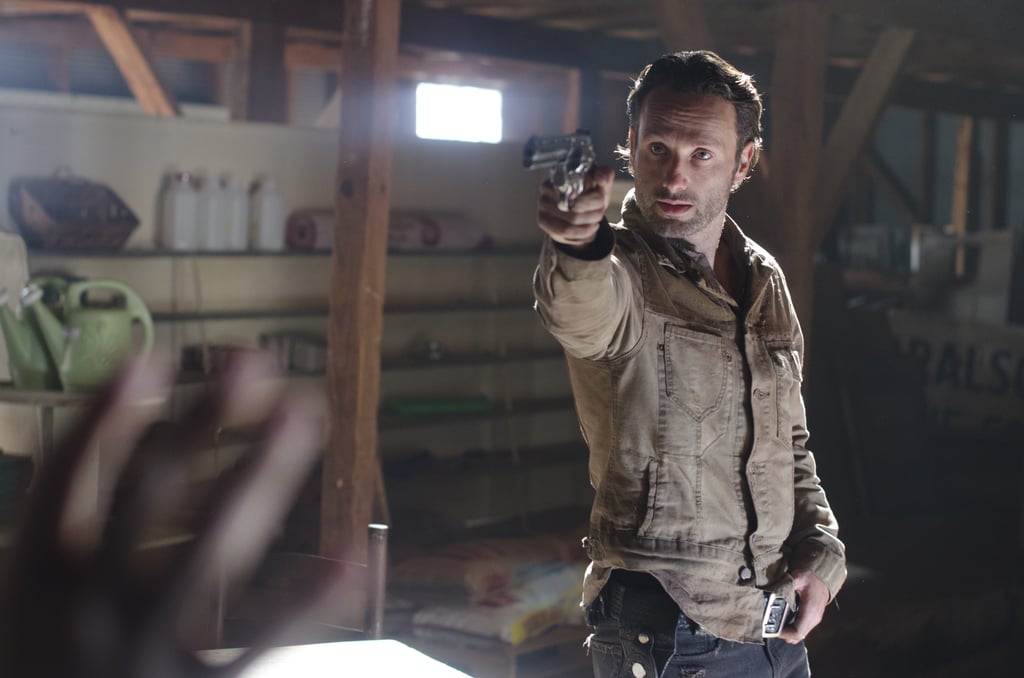 When Rick, Michonne, and Glenn first meet the Governor, they think everything is fine. Then, the Governor shows his true colors and chops off Rick's right hand like the savage monster he is.

Robert Kirkman, the creator of both the comics and the TV show, explained during a Reddit AMA why they let TV Rick keep his hand: "To clarify, I think cutting Rick's hand of when we did was GREAT for the comic. It's just that in another medium it would be harder to pull off; we cheat in the comic because things aren't moving. You can't do that on the show. You'd see Rick not being able to reload his gun, and things like that. The CGI of cutting off Rick's hand would be expensive, but we did it with Hershel's leg so if we felt strongly about Rick losing a hand, we'd do it."