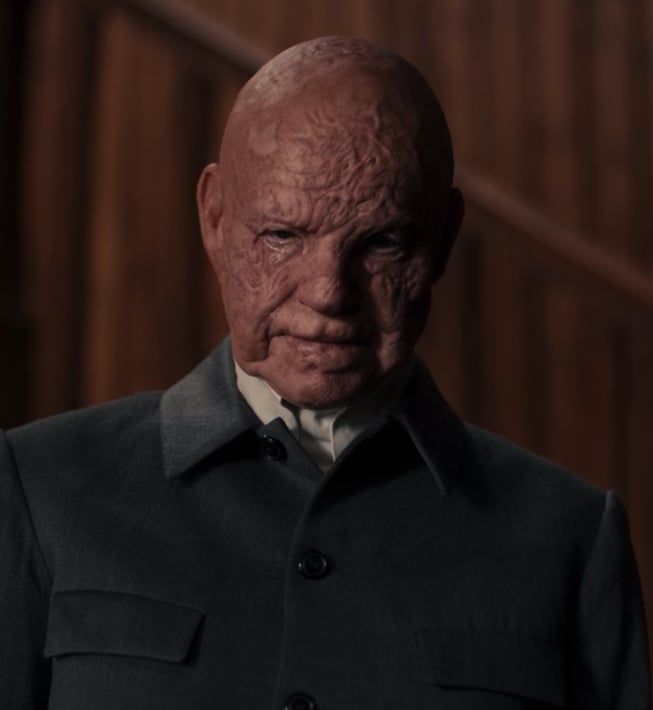 Season 2: Initially, Adam (Dietrick Hollinderbäumer) is an enigmatic figure who we know little about other than the fact he is the leader of Sic Mundus, a cult-like organisation of which Noah is a part. As the season progresses, it is revealed that Adam's group, who refer to themselves as "the travelers," has waged a war on time and Adam is responsible for everything that has happened and continues to happen in the time loop. Then, in what is probably the most shocking twist of the series, we find out that Adam is actually a much older Jonas, disfigured from his constant traveling back and forth through time. He spends almost the entire season living at the Sic Mundus headquarters in 1921, but ends the episode in 2020 to ensure teenage Jonas is unable to close the time loop by killing Martha.