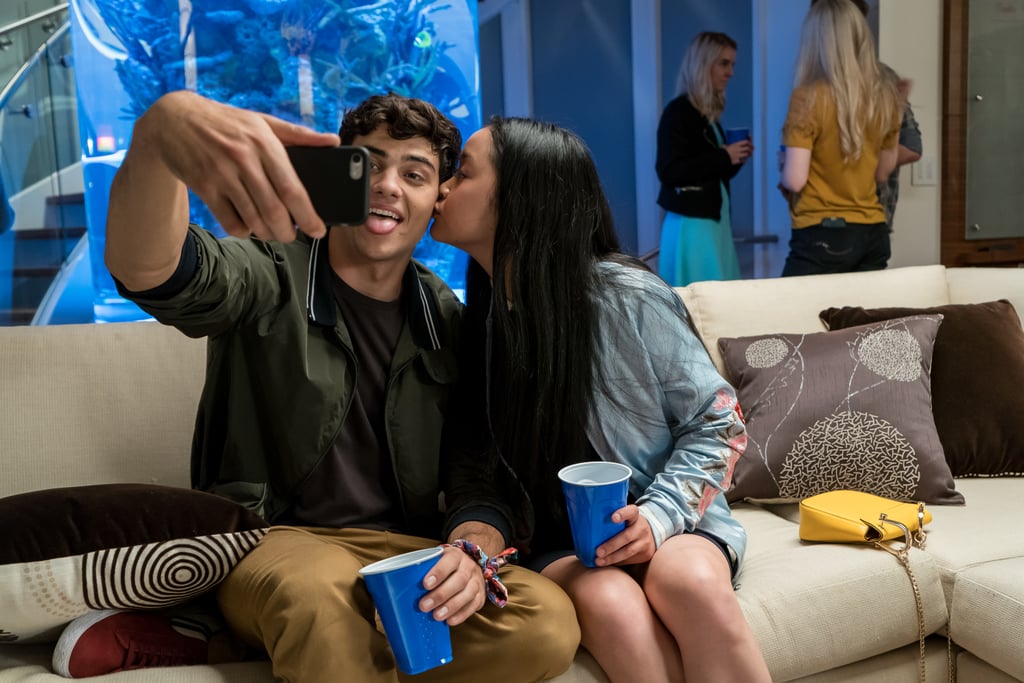 The Video of Lara Jean and Peter in the Hot Tub

Lara Jean and Peter's makeout session in the hot tub occurs in the first book, but the fallout doesn't happen until P.S. I Still Love You. Genevieve initially tells Lara Jean that there's a rumor that the two had sex in the hot tub and Peter didn't deny it. This is what causes her to stop speaking with him in To All the Boys I've Loved Before. In P.S. I Still Love You, the video of them is discovered after the two have already reconciled, and Peter threatens whoever posted the video. Lara Jean eventually learns that Peter knew Genevieve was the person who sent out the video, and this causes another rift between the two.

In the movie, the two fight because Lara Jean learns that Peter went to Genevieve's room after the two left the hot tub and she no longer trusts him. It's after this that she discovers the video on Instagram and Margot manages to get it taken down. When Lara Jean returns to school, she finds a screenshot of the video taped to her locker and is humiliated by the rumors circulating. When she confronts Peter for seemingly loving the attention, he proves her wrong by threatening to beat up anyone who bothers her about the video or rumor again. Though Peter never confirms whether he knows it was Genevieve who posted the video for sure, Lara Jean confronts her about it. It's only after Kitty reveals the notes Peter left Lara Jean that she is motivated to write him another love letter and hand-deliver it.

Halloween
Is It Too Early to Start Planning For Halloween? Because These Tiger King Costumes Are WILD
by Danielle Jackson 54 minutes ago

Netflix
Did Joe Exotic Set the Fire at His Zoo? Breaking Down Tiger King's Suspicious Arson Case
by Stacey Nguyen 1 hour ago

Nostalgia
Got a Little Cabin Fever? Freeform Has a Classic Movie Marathon to Help You #StayTheFFHome
by Mekishana Pierre 1 hour ago

Netflix
Elite: 10 Times Samuel and Carla's Chemistry Was Off the Charts
by Brea Cubit 20 hours ago