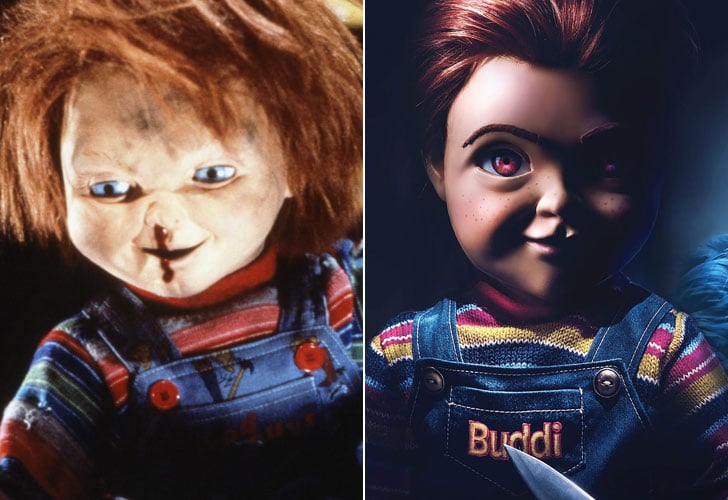 How Scary Does the New Chucky Look?

In both films, Chucky is the name of a Buddi Doll that can speak and eventually takes on a life of its own, but in terms of their physical appearances, they do differ. The original, voiced by Dourif, looks more like a small human man, as opposed to an actual doll. And it works! As cheesy as it can be, the OG Chucky's maniacal facial expressions are downright chilling.

As for 2019 Chucky, the production designers clearly wanted him to look more like a toy, making his facial expressions and overall movements more stilted and mechanical. He can still move quickly and stab someone with precision, but it looks more like a robot come to life as opposed to a serial killer taking over the body of a child's toy. For me, this was less chilling than the original, but only by a hair. Watching the new Chucky force his slowly moving facial muscles into a snarl is funny until, suddenly, it's terrifying.