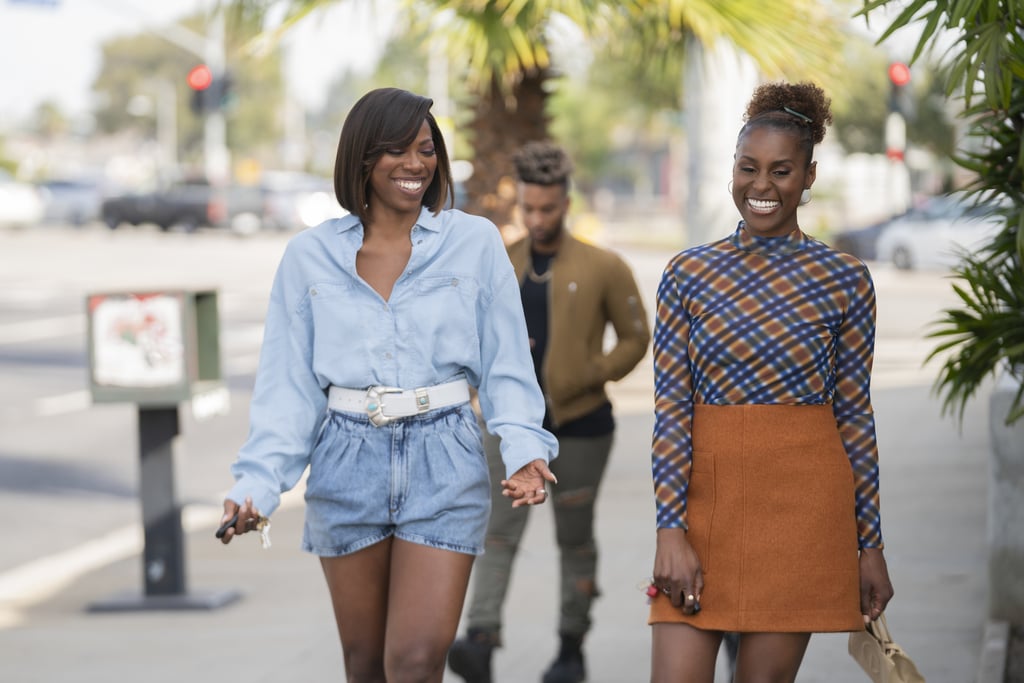 Will Molly and Issa Become Friends Again on Insecure?

Molly and Issa's friendship had been on the fritz for a while, but it wasn't until a few episodes before the finale that they formally called it quits. And regardless of whether you're Team Issa or Team Molly, that sh*t hurt to watch go down. By the finale, the two haven't been in contact since the disastrous dinner at Andrew's place, but they come together to search for Tiffany. In the end, after they've both been through their respective heartbreaks, Molly asks Issa to join her at Merkato and the two reunite for what seems like a better talk than their last brunch.

Maybe it's the messy b*tch within, but I would have liked to see Molly and Issa apart for a few more episodes. I love their friendship, but I think they both need more time to figure out who they're trying to be and what they're willing to accept from the people around them before they jump back into being best friends again. The wounds between them are still too deep and their issues with one another are valid ones that they've never properly addressed. I hope that when we return in season five, we see them working to repair their relationship. And I don't want them to get back to where they used to be, I want them to find a new space for each other that allows them to grow as individuals and as a pair.

ABC
Will the Queens Make Another Comeback For Season 2?
by Njera Perkins 11 hours ago