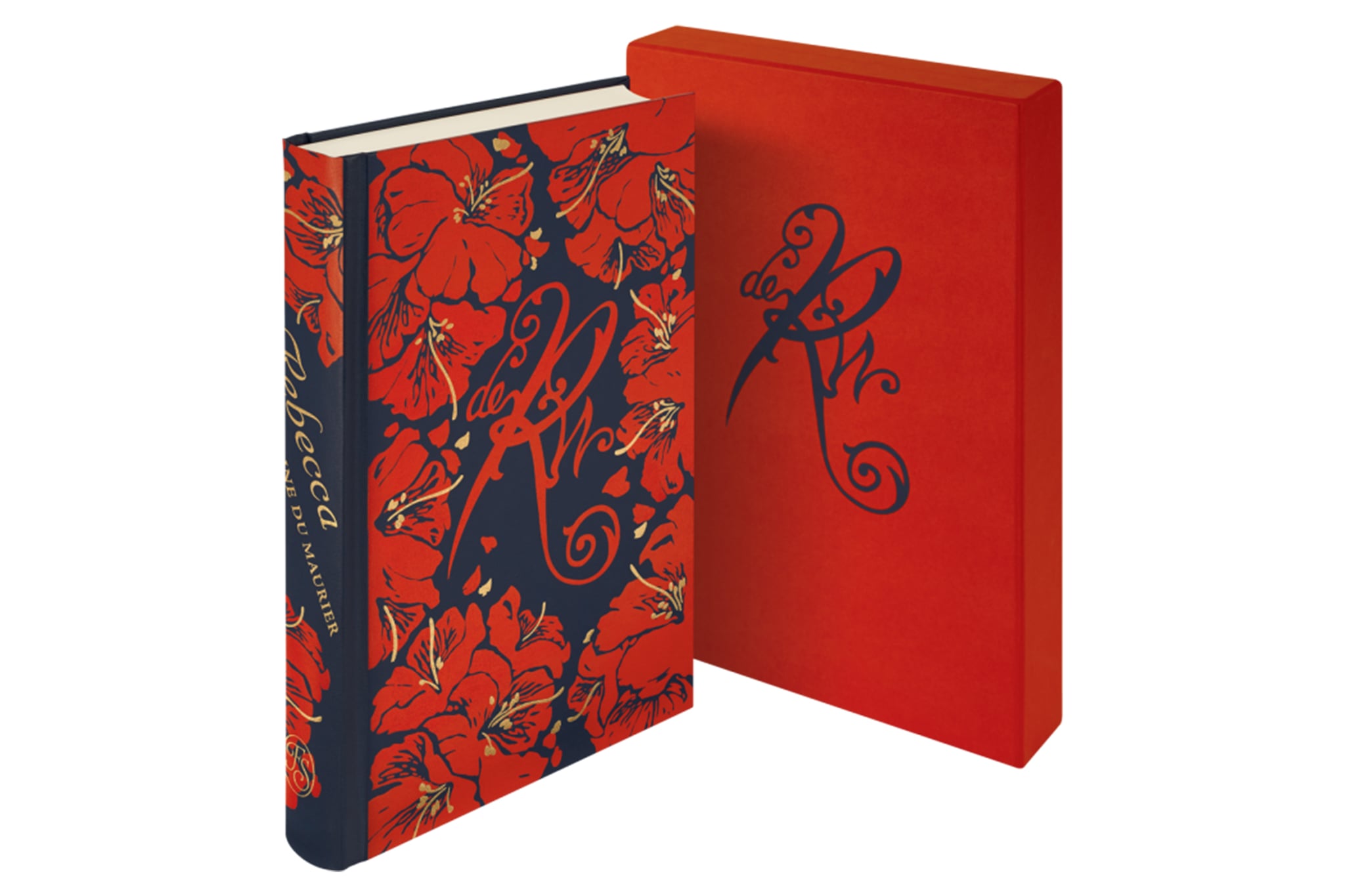 Love romantic dramas with an eerie, even sinister twist? On Oct. 21, Netflix will release Rebecca, starring Lily James and Armie Hammer, based on the novel of the same name by Daphne du Maurier (it was also adapted for the screen by none other than Alfred Hitchcock in 1940).

If you're not familiar with the book, Rebecca is a psychological thriller that will make the perfect foreboding addition to your Halloween movie marathon. I was so excited for the upcoming spooky fare of the movie that I decided to prepare by reading The Folio Society's special edition of the book, an illustrated volume with a gorgeous, otherworldly blood-red cover design and an introduction that speaks to the book's exploration of class, the patriarchy, and retribution, and even its relation to queer lit.

Ready to find out more about the classic story? Keep reading if you dare (and if you're not afraid of spoilers!).

Rebecca begins with the protagonist and her husband, Maximilian "Maxim" de Winter, traveling from hotel to hotel in Europe. The infamous first line, "Last night I dreamt I went to Manderley again," takes us back to the protagonist's journey in the estate, which we learn has been burned down. The entire rest of the novel is one long flashback, offering a foreboding, ominous dimension to the entire book we know ends in fire. Before becoming Mrs. de Winter, the nameless main character meets her future husband in a Monte Carlo hotel, as she's working as a traveling companion. He quickly proposes, and they head off to his family estate of Manderley on the rambling English coast. Mrs. de Winter soon learns about her husband's ex-wife, Rebecca, who drowned near the estate a year earlier, quickly feeling her ghost haunting her entire new life. Equally chilling is Mrs. Danvers, Rebecca's devoted housekeeper who quickly makes the heroine aware she is not welcome by any means with snide remarks and unsettling stares.

Related:
16 Netflix Shows and Movies From 2020 That Are Based on Books

As Mrs. de Winter struggles to find her footing in Manderley, she is intimidated by Rebecca's "perfect" ghost. While everyone goes on about Rebecca's supreme beauty and intelligence, our protagonist fears her husband is still in love with his ex-wife. The day finally approaches for Manderley to host its annual costume ball, and Mrs. Danvers suggests Mrs. de Winter wear a beautiful, intricate costume. Turns out, the costume is the same one Rebecca wore the year before, horrifying Maxim.

The next day, the obsessive Mrs. Danvers attempts to convince Mrs. de Winter to kill herself, putting a spectral spell on her that is broken by the sound of rockets. The shipwreck where Rebecca drowned has been found, as well as the body. Maxim lets his wife in on the truth: Rebecca was a monstrous woman who carried on multiple affairs, including one with her own cousin, Jack. The heroine is told that on the night of Rebecca's death, Maxim demanded a divorce and Rebecca refused, telling her husband she was pregnant with her cousin's child. In response, Maxim shot and killed her, putting the body in the boat and sinking it to hide all evidence of the murder.

In a strange twist of fate, the confession restores their marriage, as Mrs. de Winter can now believe her husband is not in love with his ex-wife. However, Maxim is in trouble: police find holes drilled to the bottom of the boat, it is discovered that Rebecca went to see a London doctor on the day of her death, and Rebecca's cousin accuses Maxim of the crime. But the London doctor reveals Rebecca was dying of cancer, rendering her infertile, meaning she lied to Maxim about the pregnancy. This news reveals a motive for suicide, closing the case and saving Maxim. When the couple return home, they find Mrs. Danvers has disappeared in the night, and their entire home is in flames.

The novel is a ghostly thriller that explores justice, female sexuality, the uncanny, and class through a chilling lens, and the movie version is set to do the same, adding lush scenery and lavish costumes to the mix.

Disney Junior
Sweet Preschool Series Dino Ranch Is Getting a Season 2 on Disney Junior in 2022!
by Alessia Santoro 6 hours ago

Gossip Girl
The Gossip Girl Reboot Has a More Diverse Cast, but It Still Lacks Representation
by Charlene Masona 10 hours ago