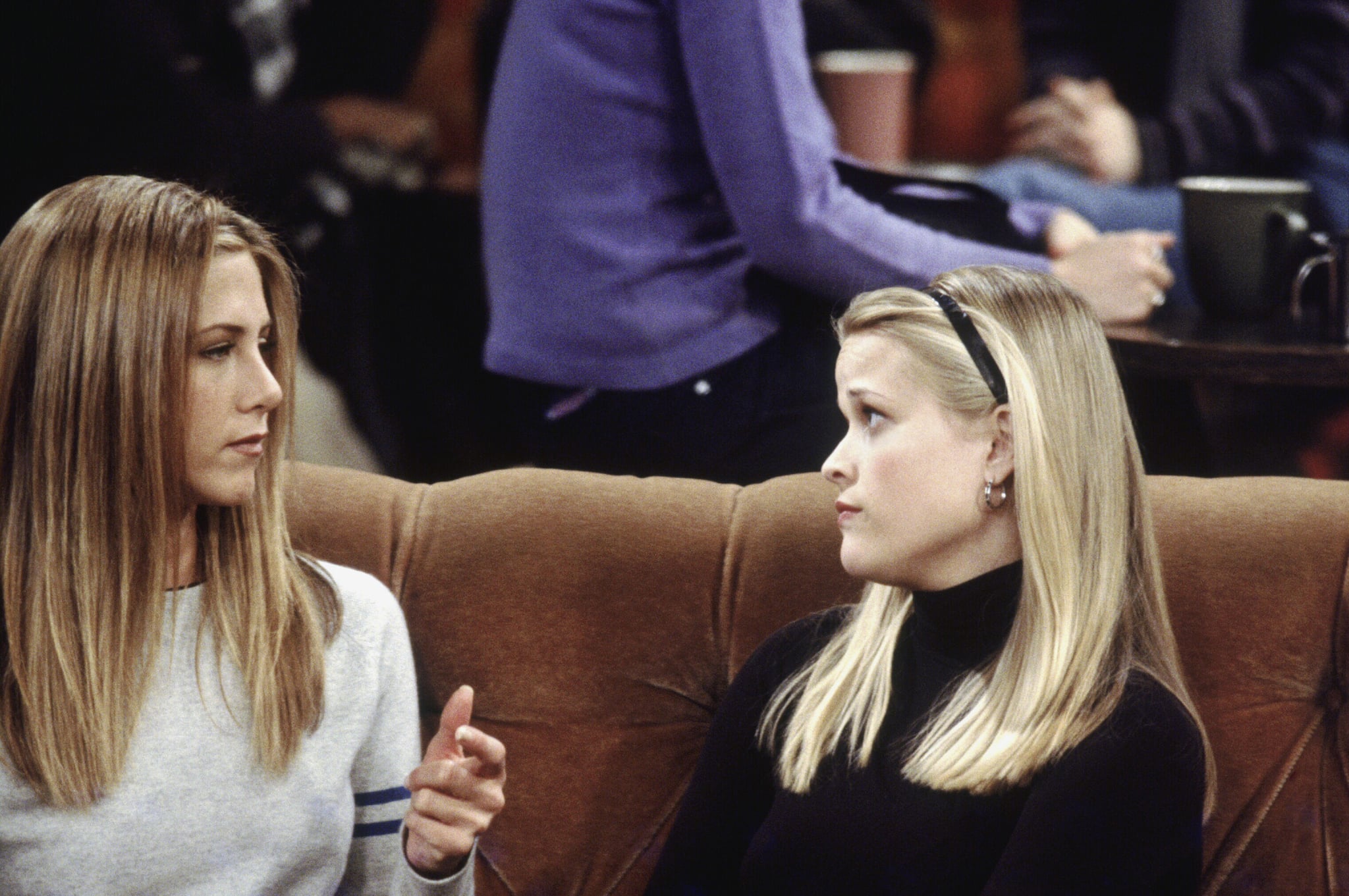 Jill Green was the ultimate little sister on "Friends": a little bit spoiled, but a total icon. While Reese Witherspoon only appeared in two episodes of the classic NBC sitcom, "The Morning Show" actor still has a favorite moment from her time on the show — and in a new video shared on Instagram, she convinced her onscreen sister, Jennifer Aniston, to re-create it with her.

In the video, Aniston and Witherspoon are seen looking at a still from the season six episode "The One Where Chandler Can't Cry." The "Legally Blonde" star smiles while looking at the photo before saying, "Oh, that's sweet." Meanwhile, the image reminds Aniston of her costar's favorite line from the show.

"Is this where you say the line that you love so much?" Aniston asks. Witherspoon not only confirms that it is, she also convinces her pal to re-create the scene with her on the fly. "This is, well, we could say the lines," Witherspoon says. "Do you remember your line?"

Aniston doesn't at first, but thankfully Witherspoon appears to know the scene by heart, so she quickly feeds Aniston her line. "You can't have Ross," Aniston begins before Witherspoon cuts her off with her hilarious comeback. "Can't have? Can't have? The only thing I can't have is dairy," she replies.

Witherspoon used the caption of the post to drive home her love for the "cheesy" line. "This line gets me every time 🧀😂," she wrote.

While they first met while playing sisters on "Friends," Witherspoon and Aniston now play frenemies on Apple TV+'s "The Morning Show." Filming for season three of the newsroom drama is currently underway. Interestingly, the actors could have spent even more time together during the "Friends" era, but Witherspoon declined to return to the show when producers asked her back.

"Did you know they asked me back, and I said, 'I can't do it.' I was too scared," Witherspoon told Aniston during a 2019 interview with the Associated Press. "How dare?" an astonished Aniston replied. According to Witherspoon, the stress of performing in front of a live studio audience was just too much for her. However, her costar was quick to praise Witherspoon's performance.

Aniston said, "You forget it, because you blacked out from fear. But she was so good." She continued, "You were flawless." Sadly, Witherspoon's fear of performing in front of a live audience prevented the world from seeing more of Jill Green, but both the actor and "Friends" fans will always have that famed dairy line.