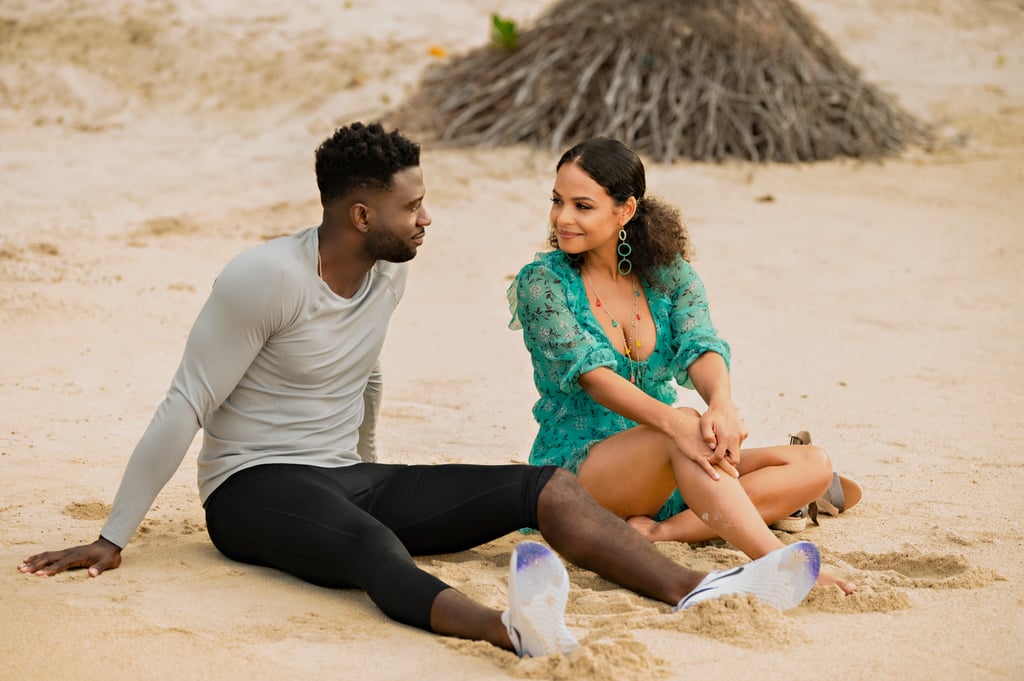 Resort to Love is the latest Netflix rom-com to steal our hearts. Produced by Alicia Keys, the film stars Christina Milian as an aspiring singer named Erica who finds herself working as a wedding singer at a resort after her dream career gets put on hold. Things seem to be turning around for Erica as she enjoys everything the resort has to offer and meets a handsome man named Caleb on the beach (Sinqua Walls), but things take a turn for the worse when she finds out Caleb is actually the brother of her former fiancé, Jason (Jay Pharoah). To make matters even more complicated, Jason is getting married at the resort, and Erica is scheduled to sing at his wedding. Fittingly, the story is a much-needed escape that will leave you dreaming about a summery vacation (and Walls's abs). Read ahead for our unfiltered recap of the adorable new film.

Related:
Netflix Has Over 20 New Movies Coming in July, and We Can't Wait That Long
Previous Next Start Slideshow
Movie ReviewsNetflixChristina MilianMoviesStreamingUnfiltered Reviews