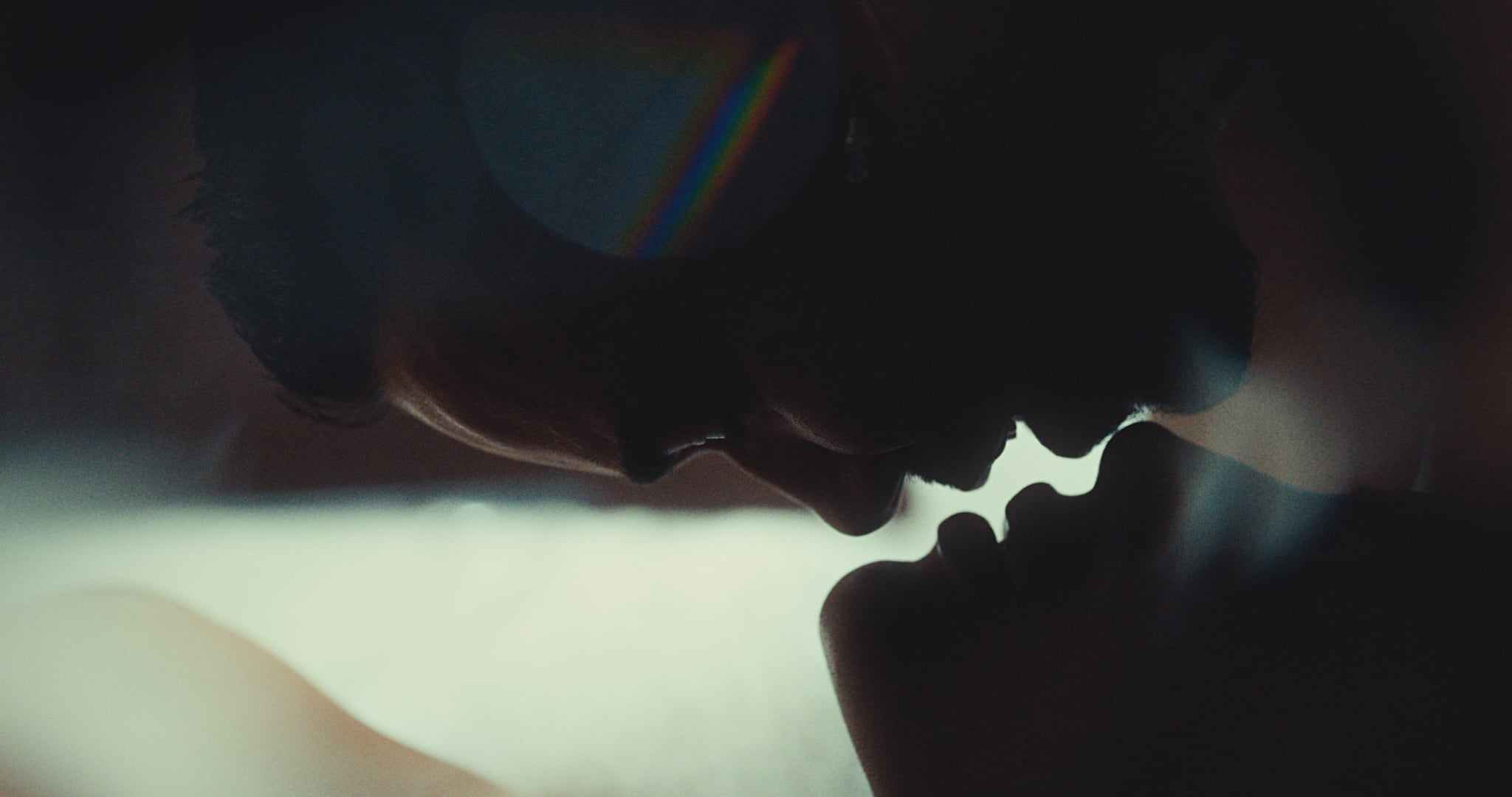 On Tuesday, Jan. 17, at 5 p.m. EST, Romeo Santos shocked fans with the music video of his single "Solo Conmigo," from his "Formula, Vol.3" album, that released on Sept. 2 of last year. The bachatero's music videos don't normally stray from his typical format — him getting intimate with a beautiful woman — but this one is a tad bit different. The woman in the music video isn't just another model or actress — she's his longtime girlfriend, and the two are expecting a baby, POPSUGAR confirms. Can we take a second to process what just happened here? Santos not only revealed his girl to the public for the first time ever, but he also just made a whole pregnancy announcement out of his new video!

Santos has always been secretive about his personal life. We never know who he's dating, and he's never rumored to be seeing any celebs either. This finally explains why. The track "Solo Conmigo" ("Only With Me") is a song Santos wrote and dedicated to his longtime partner.

"Tú besaste muchos príncipes buscando amor/Derrochaste sentimientos, nadie te entendío/Tantas huellas en tu cama/Pero you fui quien selló tu corazón/Tú has fallado en 100 amores sin saber por qué/Has querido fuertemente, no a este nivel/Y me cuenta la almohada/Ha Presenciado mucho sexo en tu colchón," he sings, which translates to "You looked for many princes looking for love/You wasted so many feelings, nobody understood you/So many footprints on your bed but I was the one who sealed your heart/You have failed in 100 relationships without knowing why/You have loved strongly but not at this level/And the pillow tells me it's witnessed a lot of sex on your mattress, but you've made love with me."

Directed by Fernando Lugo, in the video, we see Santos getting sexually intimate with his girl. There's even a super-sexy shot with Santos seen in between in her legs that stirred up the internet. But her face isn't actually revealed until the very end along with her baby bump.

While this will be the couple's third child together, this is Santos's fourth. In other words, she's been around for a while, y'all. Can we expect to see her popping on Santos's IG feed in the future or seeing them together at red carpet events? Or is this the most he's willing to share with the world? We're going to have to stay tuned and find out.