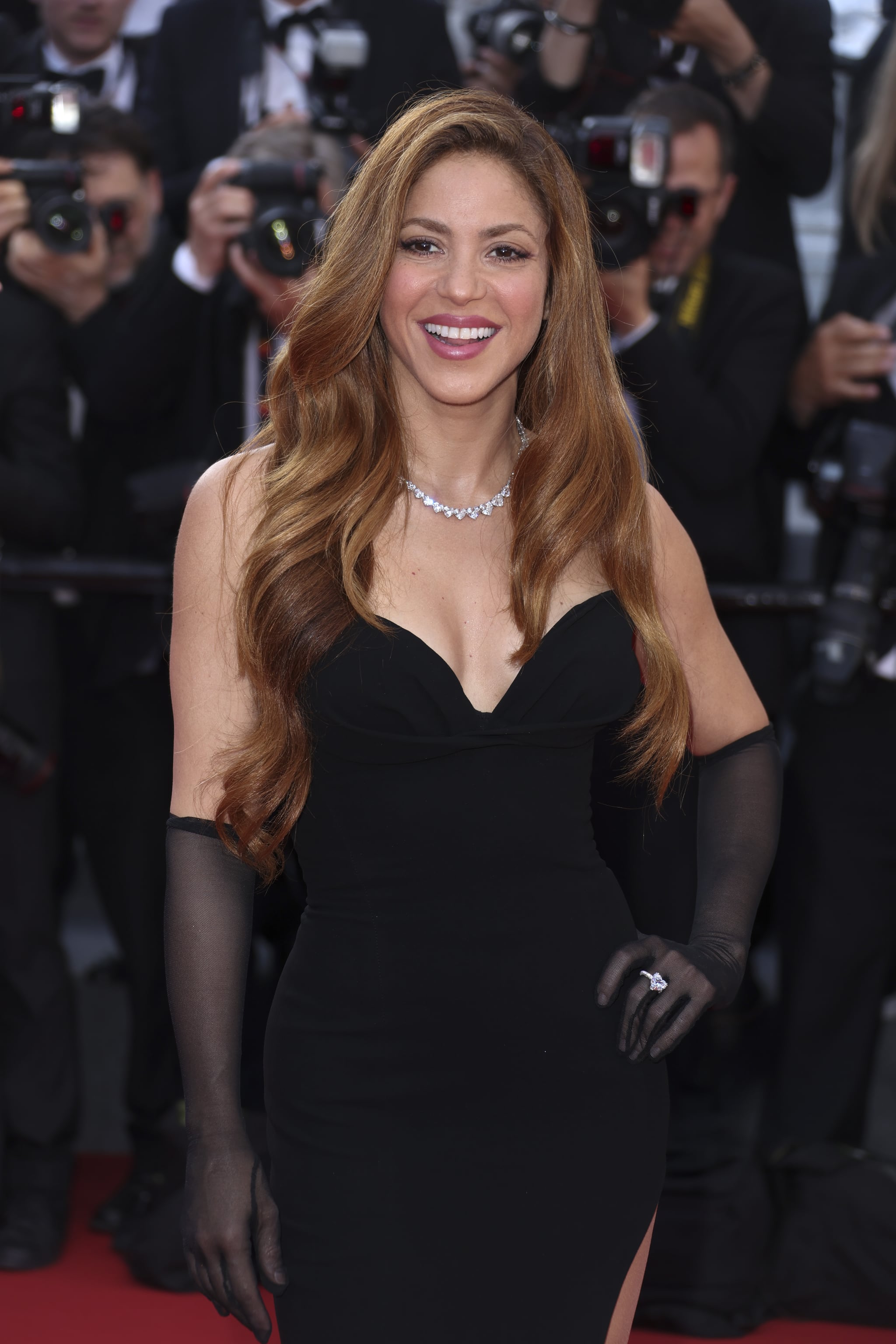 On Jan. 11, Shakira dropped a juicy breakup track with Argentine producer Bizarrap titled "BZRP Music Session #53," and it has since gone viral. The song serves as a diss track about the Colombian singer's ex, Spanish soccer player Gerard Piqué, and his alleged cheating. The song racked up more than 63 million YouTube views in the 24 hours since it dropped last week, becoming the most-watched Latin debut song in YouTube history. The record-breaking doesn't stop there. It also skyrocketed to the top of Spotify's Top 50 Global chart, breaking the record of the most-streamed Latin track in a single day in Spotify history.

This is major, people. Is the secret sauce behind its success the fact that it's a track putting a cheater on blast? Or is it because the song is much more about empowerment than it is about heartbreak?

I think its forcefulness comes from the latter. Although it's not entirely the case, it does feel like the days when women would stay in bed devastated over a guy (think Carrie after Mr. Big leaves her at the altar in the first "Sex in the City" movie) are somewhat behind us. This is not to shame anyone for feeling sad or depressed after a breakup; that's natural, and we all have our own individual ways of grieving a relationship. But it does seem that, on the whole, women are doing a lot less sulking in their despair and a lot more work on themselves toward healing and recovering.

These days, I'm seeing women take trips, focus on their careers, spend time with friends and family, and obtain emotional tools to move on from an ex or someone they were dating in the healthiest of ways rather than torturing themselves after the split. And we're not the only ones recognizing this change in us and in our culture. Men are also taking note.

Dominican American comedian Ian Lara touches on this cultural shift in his HBO special, "Romantic Comedy," which was released last year on Nov. 11. In the special, directed by comedian Aida Rodriguez, Lara pokes fun at some of the realities of modern dating. One of them is how empowered women have become in the dating world and how quickly they seem to move on.

"Women — y'all don't even get upset after breakups anymore," he says in the special. "When did this happen? I thought when you broke up with somebody, she was supposed to be sad. That's what every R&B song in the '90s said was going to happen."

In her instant hit, Shakira clearly wants to drive the message home that breakups no longer break women the way they might have decades ago. "Te creíste que me heriste y me volviste más dura. Las mujeres ya no lloran, las mujeres facturan," she sings, which translates to, "You thought you hurt me, but you made me stronger. Women don't cry anymore, they cash in."

"I think the women's movement has really elevated the way women handle breakups, dating, and everything. That's why I had the joke about it in the show — in the special," Lara tells POPSUGAR. "But I think the song is so popular because obviously everybody loves Shakira. She's, like, a beloved artist. And it's a song championing not just women but [also] people who have been hurt before."

"It's not like before when, if a woman broke up at the age [Shakira] was, she would have been considered someone who can't find a man. That's not the time anymore; you can find a man. Any woman can find a man if she wants one."

But it's also specific to the ways in which society has evolved when it comes to gender stereotypes, Lara adds: "It's not like before when, if a woman broke up at the age [Shakira] was, she would have been considered someone who can't find a man. That's not the time anymore; you can find a man. Any woman can find a man if she wants one."

And while the lyrics that follow about Piqué trading in a Ferrari for a Twingo and a Rolex for a Casio have gone viral — even landing Piqué a Casio partnership — it's the empowering aspect of the song that's really resonating with people. Breakups suck, especially when there's a third party involved. But there's something powerful that happens when you're able to push yourself to move on, all in one piece. And that's precisely what Shakira's song represents — along with a sprinkle of petty revenge many of us can appreciate.

A 2015 study conducted by Binghamton University showed that while women may experience more emotional pain following a breakup, they are more likely to fully recover. Men, meanwhile, never fully recover, regardless if they move on to another person. The study doesn't break down the specifics as to why it's easier for women to fully recover from breakups, but spiritual practitioner and life coach Zayda Rivera of Mindful Living With Z predicts it could have something to do with the way women today process and express their emotions vs. the way men do.

"Shakira's song symbolizes so much more than a breakup song or diss track. It's a statement to women everywhere, and mothers, that there is life after heartache, and in some cases, life gets better."

"The image of a woman as a damsel in distress is long gone in today's society. . . . Shakira's song symbolizes so much more than a breakup song or diss track. It's a statement to women everywhere, and mothers, that there is life after heartache, and in some cases, life gets better," she tells POPSUGAR while also adding that being able to recover and move on from a breakup doesn't mean the split doesn't hurt. "Shakira may still have quiet moments where the emotional pain of the breakup sets in, and that's OK. She's human. But I'm willing to bet that just as empowering as her song has been for others, the public response to the track is helping her heal, too."

Tidal's Senior Director of Latin Global, Jesús Triviño, believes the success of the song has a lot to do with where we've been headed as a culture, especially as it relates to women's heartbreak over a man who's unfaithful.

"Society in general has been extremely male dominated, and when it comes to Latin American culture, it's even more so. Some of us have been raised [to believe] that genders have certain roles and they must abide by that archaic structure," Triviño says. "Of course, we can all point to Paquita la del Barrio as one of the first, if not the first, Latina to voice her pain and disdain for the cheating man. In more modern-day history, Ivy Queen has always raised the megaphone for mujeres. Listeners want to identify with artists, and what better way to relate than over heartbreak but, more importantly, triumph over it?"

"Shakira's trajectory is already solidified as one of our icons; this only adds to her history, to her impact, [and] to her power."

In terms of the impact the song is likely to have on Shakira's career, Triviño believes it's quite significant. "It's definitely a moment in time — a huge Colombian global pop star takes to a BZRP session to be the voice of billions of women who have gone through infidelity," he says. "Shakira's trajectory is already solidified as one of our icons; this only adds to her history, to her impact, [and] to her power."

You know what they say: success is the best revenge.