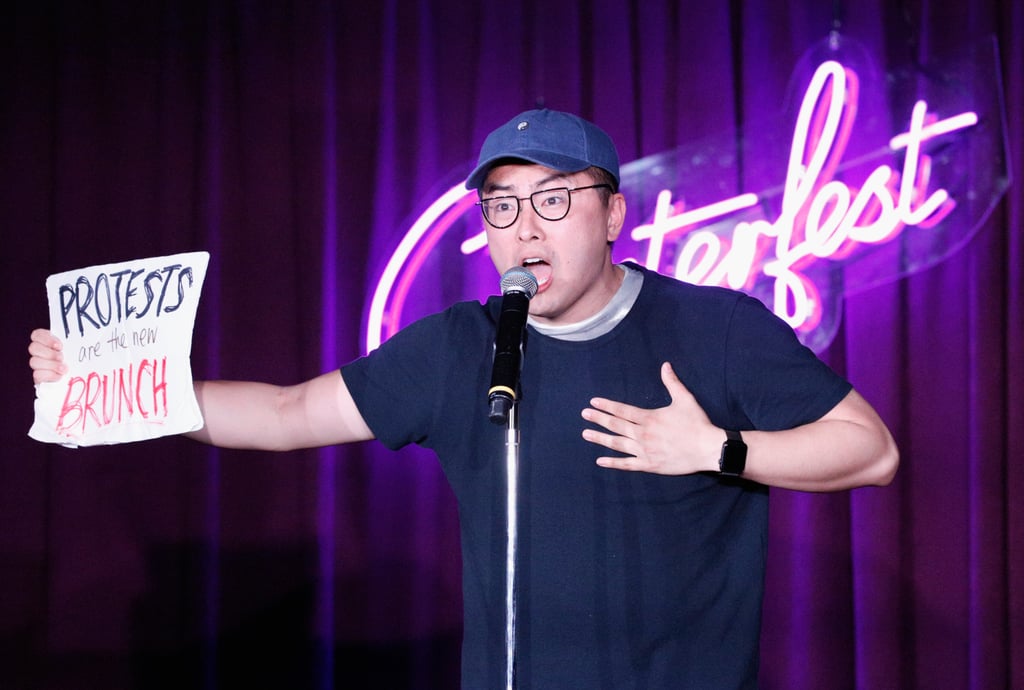 ICYMI, Leslie Jones is leaving Saturday Night Live, but the sketch comedy show is officially adding two new cast members for its 45th season, including the show's first Asian-American cast member: comedian and actor Bowen Yang and celebrity impression savant Chloe Fineman. Stand-up comic Shane Gillis, who was originally hired along with Yang and Fineman, has been fired after racist and homophobic remarks he made on his podcast were resurfaced online. Keep scrolling to learn more about Yang and Fineman, and check out SNL's season premiere hosted by Woody Harrelson and featuring performances by Billie Eilish on Sept. 28.