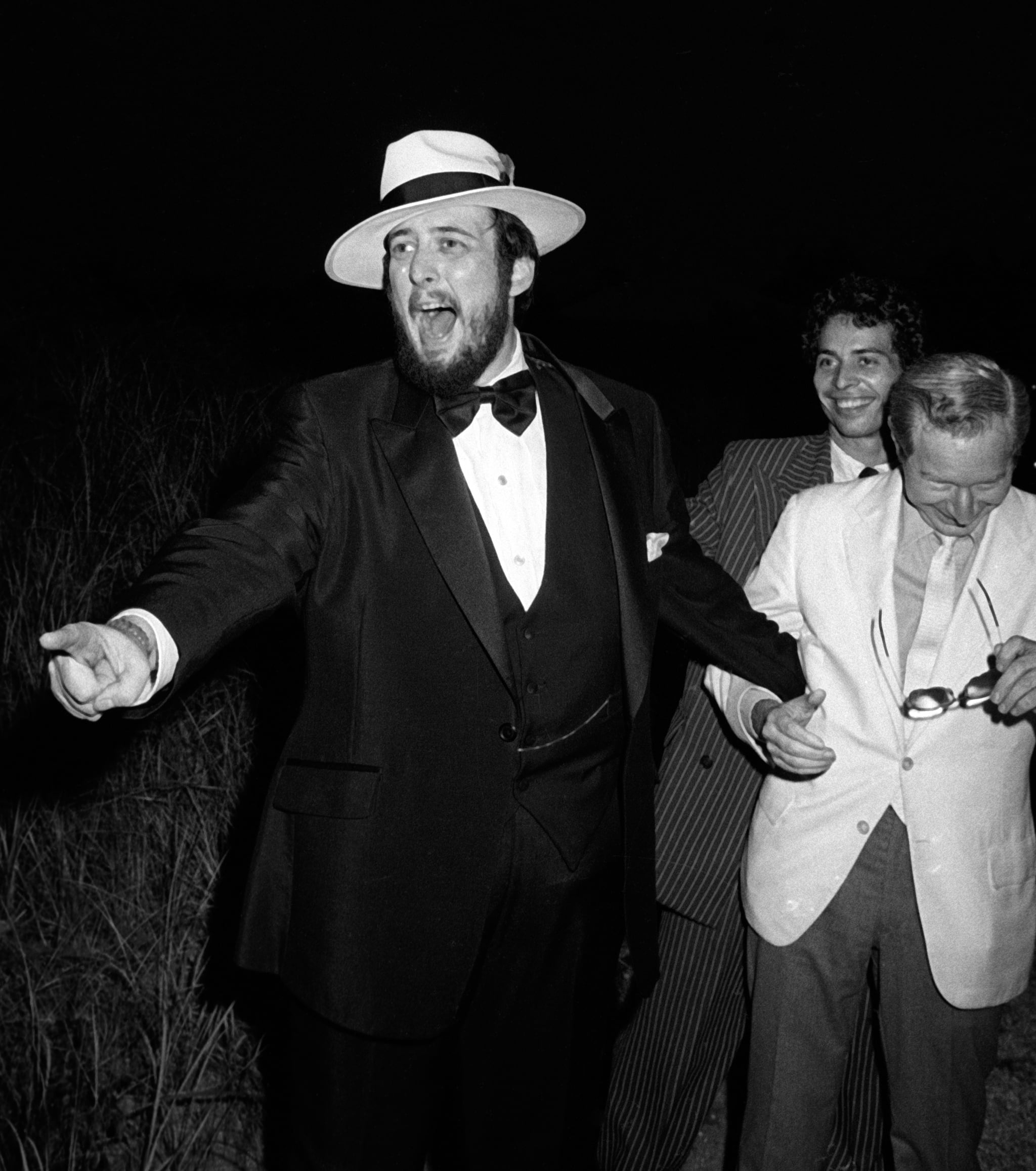 You might know convicted serial killer David Berkowitz as the notorious "Son of Sam" behind the shootings that terrorized New York City between 1976 and 1977. But Netflix's The Sons of Sam: A Descent Into Darkness explores the possibility of more than one perpetrator behind the deadly attacks. Following the thorough research of investigative journalist Maury Terry, the true-crime docuseries looks into Berkowitz's connection to a widespread satanic cult across the nation. One lead that Terry fell into was that of Roy Radin, an unsavory producer who was rumored to be a cult leader. So who was Radin, and what happened to him? Here's what you need to know about him.

In the docuseries, Michael Zuckerman, a former reporter at Gannett Newspapers, explained that he had received a letter from a prison informant named Vinny. Vinny served time with Berkowitz and claimed to know about the cult Berkowitz was a part of. According to Vinny, the murder of Stacy Moskowitz, the last victim of the Son of Sam shootings, wasn't just a random act of violence — it was orchestrated as a snuff film. Allegedly, a man named Ron Sisman, who was later fatally shot with a student named Elizabeth Platzman, operated the camera. The murders have remained unsolved, but Vinny did connect Sisman with a wealthy man in Long Island coded as "RR," a mysterious figure who had a penchant for strange videos.

Vinny claimed that "RR" had a significant role in Berkowitz's cult. Zuckerman didn't think that it was possible to get any payoff from the information, but Terry wanted to further explore the idea that Radin was a cult leader. Radin, at age 33, was found dead in a dry creek in California on June 10, 1983, after going missing for nearly a month. When Terry scoped out the crime scene, he found a Bible near where Radin's body had been and became convinced that this was proof of cult activities.

But Terry's theory took a blow a few years down the line. In 1988, four people were arrested after investigators discovered the murder-for-hire plot behind Radin's death. The official explanation regarding Radin's death boiled down to a financial dispute over the production of Francis Ford Coppola's The Cotton Club. The revelation about Radin's murder weakened Terry's cult theory, but that didn't stop him from looking into Berkowitz's cult connections — Terry would publish his book, The Ultimate Evil, soon after and talk to Berkowitz come the '90s.