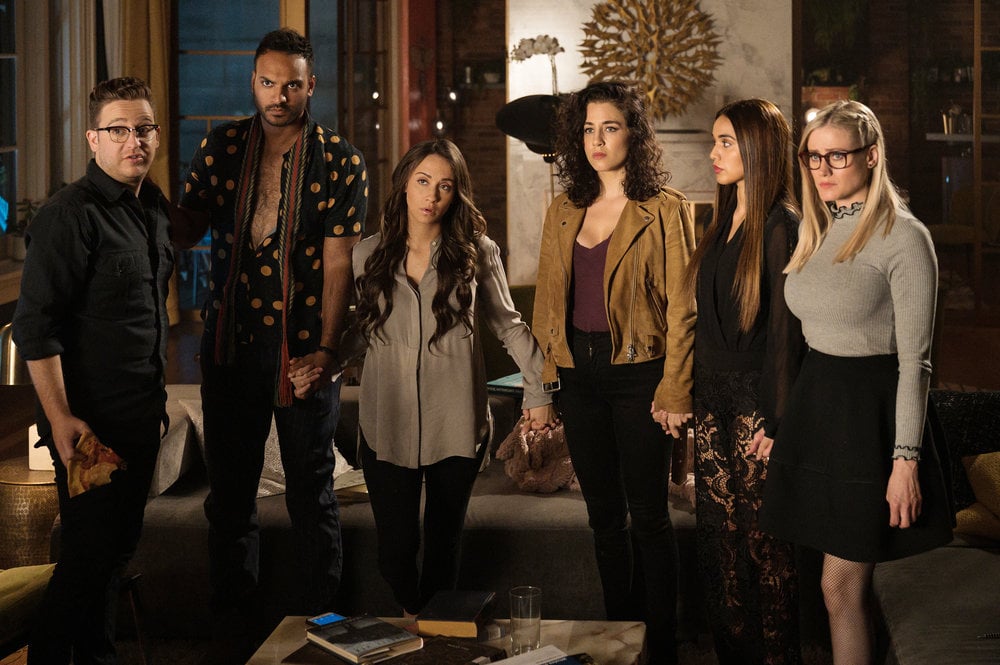 The Magicians is officially coming to an end. On Tuesday, Syfy announced that the show's current fifth season will be its last. "The Magicians has been a part of our SYFY family for five fantastic seasons," Syfy said in a statement to Deadline. "As we near the end of this journey, we want to thank John McNamara, Sera Gamble, Henry Alonso Myers, Lev Grossman, and our entire brilliant cast, crew, writers and directors for their beautiful creation. But most of all, we thank the fans for their tremendous support and passion. Because of you, magic will be in our hearts forever."

The show's last episode will air on Wednesday, April 1. Thankfully, Deadline reports that the show's creators actually wrote the season five finale "so it could also work as a series finale," so hopefully any loose ends will be tied up by the end of the season. The fantasy drama included some major shakeups this season following the controversial death of Quentin's character in season four. As the characters come to terms with their friend's death, they have also faced some crazy obstacles along the way, including an actual apocalypse. Here's hoping they can save the day (yet again) by the time the show wraps up.

STARZ
"P-Valley"'s Katori Hall on the Spectacle of Season 2: "Everybody Can Clock That the Show Is Good"
by Njera Perkins 42 minutes ago